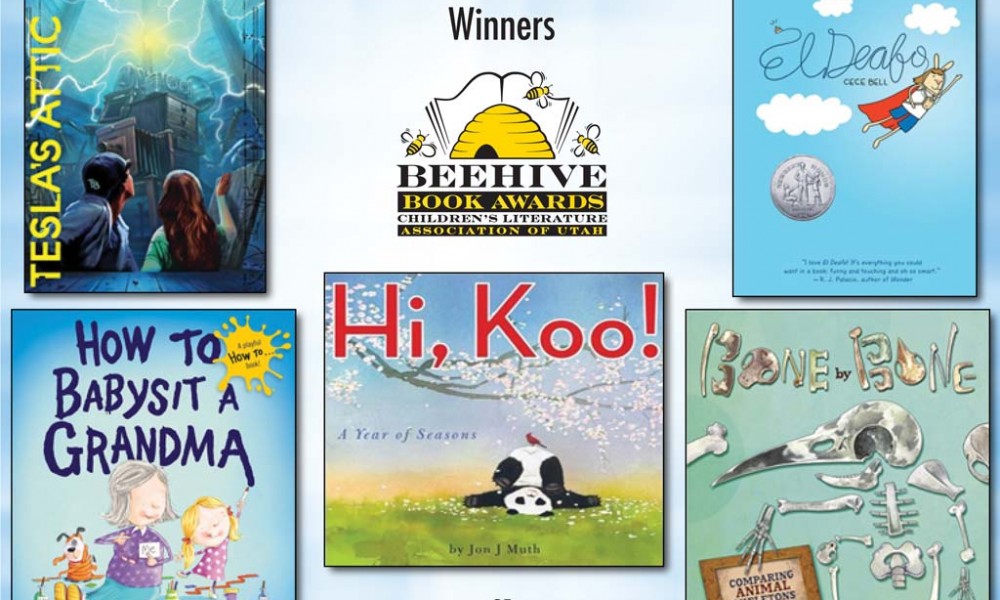 The Children’s Literature Association of Utah announced the winners of the 2016 Beehive Book Award at their annual banquet on Friday, April 22. CLAU President Kara Pearson shared her enthusiasm about the awards. “We are excited to finish up another great year with winners chosen by the children of Utah,” she said.

The Beehive Book Award is Utah’s premier children’s choice award dating back to 1980. For the 2016 awards, 287,299 ballots were submitted by Utah children — a substantial jump from the 162,378 submitted ballots in 2015. Here are this year’s winners:

How to Babysit a Grandma by Jean Reagan, illustrated by Lee Wildish (Knopf Books for Young Readers, 2014)

More information about the 2016 Beehive Book Awards, previous winners, and other events can be found on the organization web page at www.claubeehive.org.