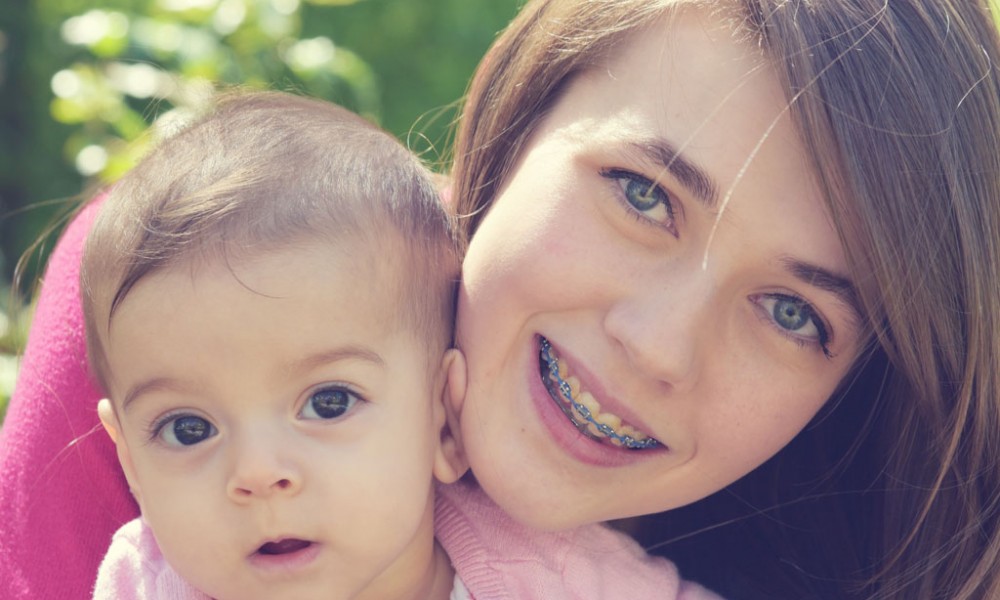 When I found out my daughter had Gastroschisis, a birth defect where her stomach didn’t develop properly and her bowels were on the outside of her body, I knew nursing was going to be more challenging. However her being sick encouraged me to have the determination I needed to make sure she received the best food possible for her.

When my beautiful daughter was born at 36 weeks 1 day, I didn’t get to hold her and breastfeed like I had always wanted. I actually didn’t get to hold her until she was three days old. However I did start pumping a few hours after her birth. I pumped every three hours night and day, no matter what. I was exhausted and some nights wanted to give up so badly. The only thought that kept me going was my baby in the hospital whom I was nourishing. The doctors refused to let me nurse due to her strength and one of them even told me I shouldn’t hold my own baby! As a first time mom I was very unsure of myself and didn’t stick up for what I wanted or me.

They decided to start letting me breastfeed her once or twice a day, I had terrible over supply issues. I tried to get my supply down the best way I could, but I developed mastitis. I didn’t know what was wrong so I treated it on my own. It was so painful and I felt like I had the flu. After many showers of pumping/massaging my breast and me crying, I fought off that nasty infection.

I asked a lactation consultant for help, they gave me a nipple shield and told me good luck. I started feeding my daughter using a nipple shield a couple times a day. We got released after two weeks and they told me I had to bottle feed; which meant waking up to feed her with a bottle and mindlessly getting the milk sucked out of my breasts by a machine.

If you are feeling discouraged and lost in your breastfeeding journey, don’t be afraid to ask for help. There are so many wonderful resources for breastfeeding mothers. Ask a lactation consultant, a friend, a neighbor, or even social media for some encouragement and support. You can overcome any challenge that comes your way.

After a couple days of being at home problems with feedings began to arise and she was readmitted to Primary Children’s Hospital. They kept her from eating for two days and it killed me. She cried and cried. Every time I held her in my arms, she would scream and squirm because she could smell the milk and wanted to eat. I continued to pump. I felt so disconnected from my daughter. I could barely hold her for minutes at a time and had to have a machine do the job I so badly wanted my baby to do.

Finally she started to eat again. When I asked the doctors when I could breastfeed they told me I could start exclusively breastfeeding her and I was so excited I started crying. No more long nights of a cold machine connected to my breasts. Finally I could start bonding with my baby the way I wanted to from the very start. So I made sure I was in her room, ready to breastfeed, every three hours. It wasn’t until after we were released from the hospital, and I was free to care for her on my own, that our bonding experience began. I think exclusively breastfeeding helped me form a bond with my child. It helped me connect with her on a new level that I had never even imagined before.

A month after she was released, when she was two months old, I decided I wanted to wean off the nipple shield. I met with an amazing lactation consultant who taught me how to latch her and gave me wonderful advice. I went home feeling confident. I tried to wean my baby from the shield for 24 excruciating hours. I so badly wanted to get her off of it before it was “too late.” No matter my determination she wasn’t ready yet. I felt like a failure and I was scared to admit that I couldn’t get her off the nipple shield like other mothers could. I regrettingly used the nipple shield once again. I felt horrible. I talked to my lactation consultant and she gave me so much encouragement and let me know I’m not a failure. “Some people use nipple shields and that’s okay.” After talking with her I felt confident in my decision to keep using them. I used them for another four months; until my daughter was six months old. I had a different lactation consultant tell me that my daughter was “too old” and that I waited “too long” to wean her. This worried me because a part of me still wanted to stop using the Silicon barrier.

When I found out my daughter wasn’t gaining the appropriate amount of weight and she started to become frustrated at the breast, I concluded that maybe the nipple shields were causing my daughter to not get enough milk. I dreaded trying to wean my sweet little girl afraid she was going to turn into a crying monster once again. However this time it was very different. This time she latched on nicely and refused to use the shields ever again. I will admit, my nipples did become very sore, and I questioned my abilities and knowledge more than once, but I successfully weaned from the nipple shield. I felt so accomplished and happy with my decision to try again, even though others had said it would be nearly impossible.

Now my daughter is seven months old and thriving. We have a wonderful relationship and I’m excited to keep on nursing until she is done. I may face a few more challenges along the way, but I now know we can adapt to whatever life brings us.

If you are feeling discouraged and lost in your breastfeeding journey, don’t be afraid to ask for help. There are so many wonderful resources for breastfeeding mothers. Ask a lactation consultant, a friend, a neighbor, or even social media for some encouragement and support. You can overcome any challenge that comes your way.

Stay positive, you are doing the best you can.