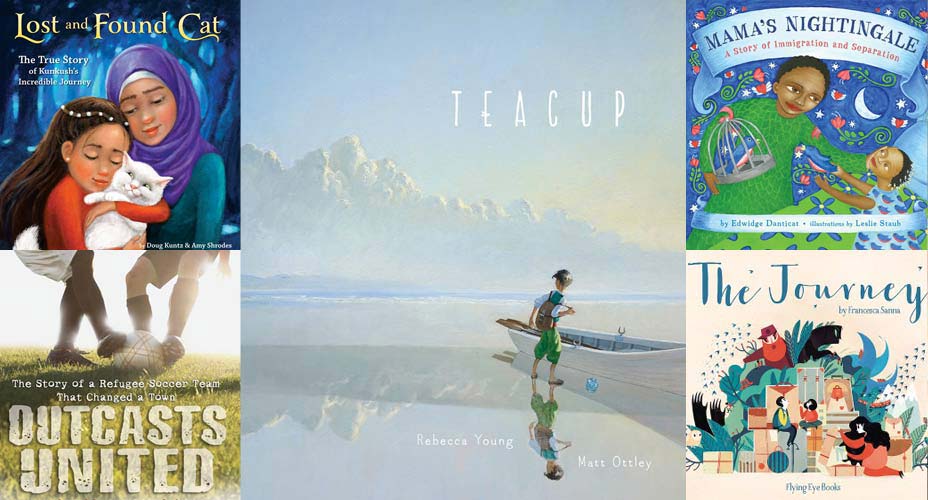 Visit our friends at Brightly for the full list of books to help kids understand the lives of refugees.

We see the news stories about refugees almost every day. We hear the true but almost unimaginable accounts of families forced to flee their homes, their homelands, their entire lives. While we may wish that our children didn’t have to know about such trauma, the facts are that it’s real and very present — and there are countless children actually living it. Stories can facilitate dialogue and promote healthy communication on this difficult topic, help to foster empathy and understanding, and even inspire young readers to take action to ensure safe and welcoming environments in their own communities. Here are a few titles that can help: 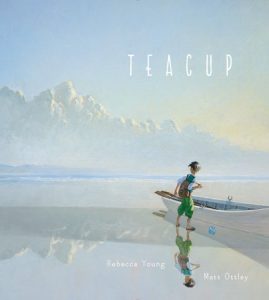 Readers of all ages will find much to connect with in this simple and lovely tale of a boy who must leave his home and find another. He sets off alone in a rowboat, with only a book, a blanket, and some earth from his homeland in a teacup. Young’s story doesn’t shy away from the loneliness and uncertainty the boy experiences, but the story ends on a hopeful note when he finds land and a much-needed friend. 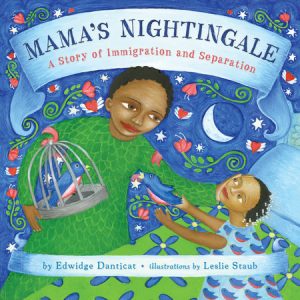 Mama’s Nightingale: A Story of Immigration and Separation

Danticat’s celebration of storytelling and the bond between mother and child is an empowering one. Saya, whose mother is being detained, writes a story inspired by her mother’s experience. When her father sends Saya’s story to a newspaper, she learns firsthand that one voice, one story, can make a difference. 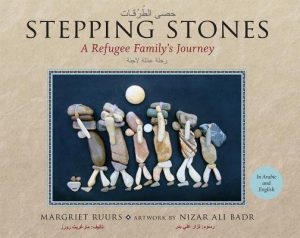 Nizar Ali Badr’s striking stone art inspired Ruurs to create a narrative about a family in Syria who attempts to walk to safety and freedom in Europe with only what they can carry on their backs. Booklist called this free-verse tale “a unique offering that will open eyes and soften hearts.” 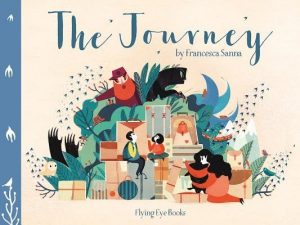 Sanna writes that The Journey began when she met two young girls at an Italian refugee center, then “began collecting more stories of migration and interviewing many people from many different countries.” The striking result, in a setting that is not specified, is a simple yet powerful illustration of the anxiety, exhaustion, and heartbreak a family faces when displaced by war and conflict, as well as the courage and hope of their journey. 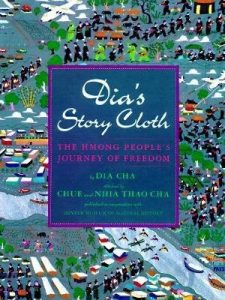 Since the war in Vietnam, Hmong people have created exquisitely embroidered “story cloths” that tell stories of their history and culture. Gorgeous embroidered cloth scenes, stitched by Dia Cha’s aunt and uncle, illustrate this story that’s based on the author’s real-life journey with her family from China to four years in a refugee camp in Thailand, then to the United States. A teacher’s guide and lesson plan provide some context for readers unfamiliar with Hmong history and culture. 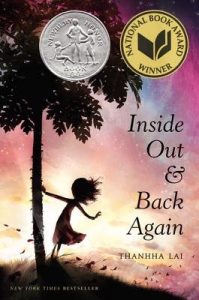 Inside Out and Back Again

Lai’s bestselling Newbery Honor book, written in short free verse, powerfully captures the alienation felt by a child forced into a new and often unwelcoming world. As 10-year-old Ha tries to adjust to life in Alabama, where she is bullied by her peers and befriended by a teacher who has some understanding of her experiences back in Vietnam, readers can empathize with Ha and all of those who are considered “foreigners” in this story of strength and resilience. 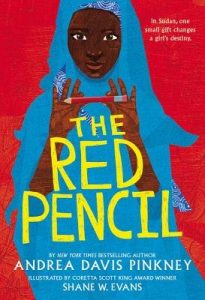 Children’s literature powerhouse Andrea Davis Pinkney uses verse to tell Amira’s tale of loss, hardship, and ultimately hope. Pinkney notably offers a detailed picture of Amira’s rich home life and environment in Sudan before it is destroyed by war, and readers will celebrate when a silent Amira is offered the gift of literacy that reminds her that her voice matters and has enormous power. 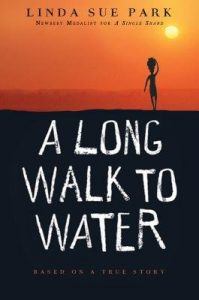 A Long Walk to Water

Salva Dut led a group of over 100 boys on a harrowing journey through danger, sickness, and starvation from war-torn South Sudan to a refugee camp in Kenya. He was then relocated to the United States, where he got a college degree and went on to found Water for South Sudan, an organization that provides deep water wells in South Sudan. The bestselling A Long Walk to Water, based on Mr. Dut’s experience, has inspired children around the world to make a difference in their communities and beyond. Both Salva Dut and Linda Sue Park have delivered TED talks detailing their work, the power of diverse stories, and the ability of young people to create change in our world: Salva Dut, “I Kept Walking”; and Linda Sue Park, “Can a Children’s Book Change the World?”. 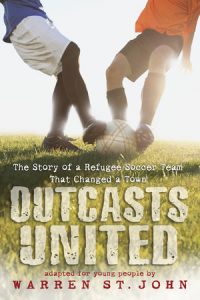 Outcasts United: The Story of a Refugee Soccer Team That Changed a Town

When boys from different countries — including Congo, Burundi, Sudan, Liberia, Bosnia, Afghanistan, and Iraq — are brought to a small Atlanta town by the UNHCR for resettlement, they have three months of official support before they are left to fend for themselves in a struggling and suspicious community. They bond through a shared love of football (soccer), and the efforts of their Jordanian-born coach, Luma Mufleh (an exile herself of sorts), and overcome the trauma and pain of the past and present. They compete successfully against better-funded, well-established teams, and, in the process, learn and teach lessons about community, resilience, and what it means to be a winner. 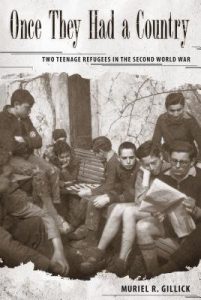 Once They Had a Country: Two Teenage Refugees in the Second World War

Gillick uses historical documents such as letters, telegrams, and police records to weave a compelling narrative of two teen refugees — her own parents — during World War II. Once They Had a Country also offers readers context for the development of the Convention Relating to the Status of Refugees, adopted by the UN General Assembly in 1951. 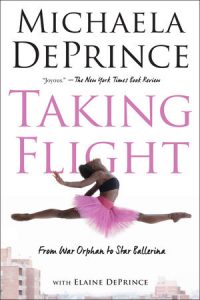 Teens may have seen Michaela DePrince in Beyoncé’s “Lemonade,” and young dance fans might know her as the youngest principal dancer ever to be a member of the Dance Theatre of Harlem. Taking Flight takes readers from her birth in conflict-ridden Sierra Leone, to her life with vitiligo at an orphanage and refugee camp, then to her being adopted by an American family and fulfilling her long-held dreams of being a ballerina. DePrince’s story of overcoming challenges throughout her life, from war and displacement to discrimination in the dance world, is sure to inspire.

As the refugee situations worldwide grow increasingly urgent and complex, be proactive about engaging your children in conversations about what it means to be a refugee, and how citizens of all ages can work to make newcomers feel welcome and safe. Remember that children respond to trauma and challenges in different ways, and there is no “typical” refugee or “single story” that represents the myriad experiences children have in these situations.

For additional suggestions, check out the Teaching Tolerance’s “Immigrant and Refugee Children: A Guide for Educators and School Support Staff.” The British Red Cross also has a helpful fact sheet on the refugee crisis around the world, with definitions, that can be found here. And Amnesty International provides links to a number of resources for children of all ages, including an online educational game called Against All Odds, which you can find here.

Olugbemisola Rhuday-Perkovich is a mom, wife, sister, friend, and library-lover. She's also the author of 8th Grade Superzero and the forthcoming Two Naomis with Audrey Vernick. She believes in the power of a good book, a long walk, and a nice cup of tea (snacks optional but strongly recommended). Olugbemisola lives in NYC where she loves to teach writing, cook, do crafts in many forms, and needs to get more sleep. Find her online at olugbemisolabooks.com and @olugbemisola on Twitter.