‘Bored’ is a Four Letter Word 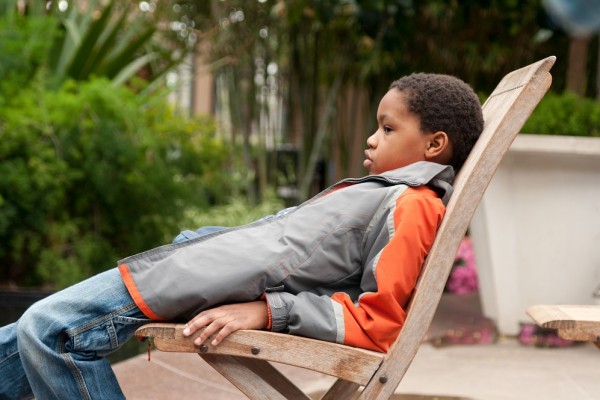 Well, it’s finally here. Summer vacation. And with it, the boredom blues.

I can’t be the only parent to go through this. I used to love my summer vacations as much as any teacher. Despite popular belief, principals do not get a summer break. We work all through the summer.

Now that I am a parent, though, I am left with only wonder as to the traditional school calendar. I don’t understand why it exists. Unless to bring pain and suffering to parents. I mean, most adults don’t get the summer off work, right? I have always been a strong advocate that school is not child care, but we are finding that more, not less, time is needed for our students to achieve core grade level standards and beyond. So why not extend school well into the summer?

This is a debate for another space. Today, my topic is boredom, which can happen at any time of the year but seems to crop up during times of less routine and structure (e.g., summer).

I had my bout with child boredom just the other day. The conversation went something like this:

Jadden: I’m bored.
Me: Hi Bored. I’m Dad. Nice to meet you.
Jadden: Ugh! I hate it when you do that.
Me: Would you like to play a board game?
Jadden: No! They’re called bored games for a reason.
Me: How about a movie?
Jadden: Nah.
Me: Would you like to learn a magic trick on You Tube?
Jadden: Nope.
Me: Want to read a book?
Jadden: No way! How come I can’t go outside?
Me: Because it’s 8:00 and it’s time to be in the house now.
Jadden: But I’m bored.
Me: I’m so sad to hear that. You can choose to be bored or you can choose one of the options that I’ve presented to you.
(Long pause while I continued to read a magazine. Jadden made several exasperated noises before saying:)
Jadden: I think I’ll play on the computer.
Me: What a good idea!

I present this vignette not to illustrate that I responded in the most effective manner. I present it because bored is a state of mind. I should feel lucky because my son can usually find almost anything to entertain himself. I’ve rarely seen anyone be able to play alone for such extended periods of time.

Sometimes, though, kids just might have to confront a certain level of idleness. They can either embrace this idleness and find a way to creatively turn it to good, or they can suffer. Jadden suffered momentarily and then found a way beyond it.

Sometimes, educators feel that they must entertain our young people. With a culture of video games and social media, teachers often believe that they must up-the-ante when it comes to engagement. And this is true—we must meet kids where they are. However, there is something to be said for kids who can transform a seemingly boring landscape into something exciting and entertaining. Who can weave stories from nothing.

That’s what I hope my child learns more of during this long summer off—how to not be bored when bored seems like the only option.