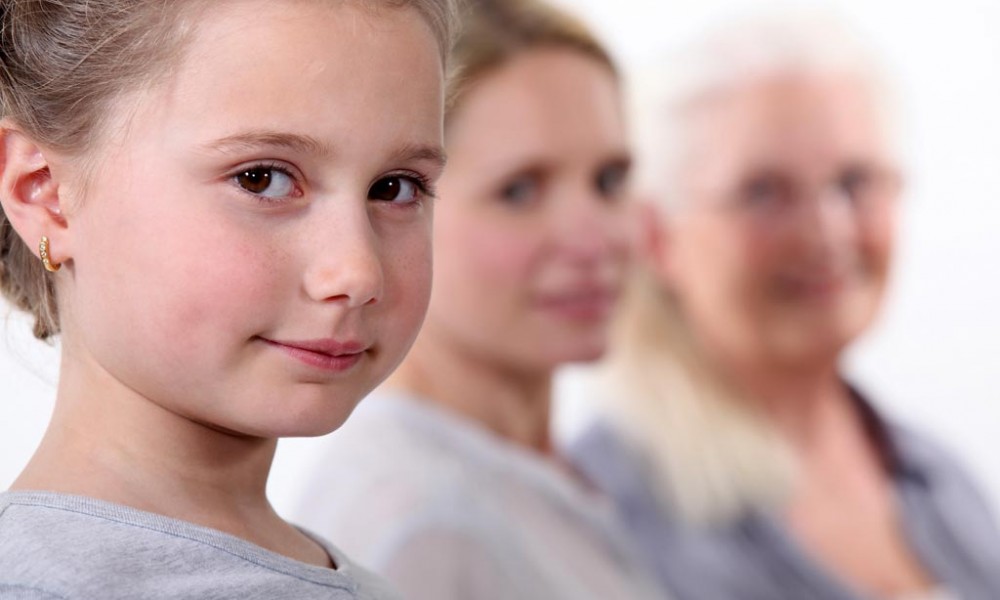 A woman who won’t drive long distances because she has panic attacks in the car. A man who has contamination fears so intense he cannot bring himself to use public bathrooms. A woman who can’t go to church because she fears enclosed spaces. All of these people have two things in common: they have an anxiety disorder. They’re also parents.

Each of these parents sought help because they struggle with anxiety, and want to prevent their children from suffering the same way. Children of anxious parents are at increased risk for developing the disorder. Yet that does not need to be the case, according to new research by UConn Health psychiatrist Golda Ginsburg.

Ginsburg and colleagues at Johns Hopkins University tested a one-year family therapy intervention as part of a study of 136 families with at least one parent with anxiety and at least one child between the ages of 6 and 13.

The study, published online September 25 in The American Journal of Psychiatry, found family-based intervention works. Only 9 percent of children who participated in a therapist-directed family intervention developed anxiety after one year, compared to 21 percent in a group that received written instruction, and 31 percent in the group that did not receive any therapy or written instruction.

“The finding underscores the vulnerability of offspring of anxious parents,” says Ginsburg. She wants to do something about that vulnerability. “If we can identify kids at risk, let’s try and prevent this.”

Anxiety tends to run in families, with up to 50 percent of children of anxious parents growing up to be anxious themselves. Until now, anxiety prevention programs have been largely conducted in schools, with only modest success.

For an anxious child, meeting a new peer for the first time can be paralyzing. Trying an unfamiliar food might summon worries of being poisoned. To cope with this kind of debilitating anxiety, kids start avoiding whatever provokes the anxious feelings. If they’re afraid of the dark, they might insist on sleeping with all the lights on. If they’re afraid of failing, they won’t try new things. In extreme cases, they may refuse even to leave the house.

Anxiety tends to run in families, with up to 50 percent of children of anxious parents growing up to be anxious themselves.

“Anxiety and fear are protective and adaptive,” says Ginsburg. “But in anxious kids they may not be, because these children have thoughts about danger and threat when there really isn’t one.”

Both inborn temperament and life experiences play a role, she says. The more negative experiences a person has growing up, the greater the likelihood he or she will struggle with anxiety as an adult. But there is also a component of anxiety that is learned, taught inadvertently by parents who model the behavior. It’s these learned behaviors and thought patterns that interventions can help change.

Most of the adults who participated in the study struggled in school and didn’t tell anyone. They didn’t raise their hands, or they got sick before exams. They might not have had any friends. As adults, their anxiety still limits their activities and sometimes those of their family members, and they are very motivated to help their children avoid the same.

In the study, some of the families participated in eight, hour-long sessions with a trained therapist over a period of two months. Others were just given a pamphlet that contained general information about anxiety disorders and treatments. Still others received nothing at all.

The families who participated in therapy were taught to identify the signs of anxiety and how to reduce it. They practiced problem-solving skills, and exercised safe exposures to whatever made their child anxious.

One of the ways to reduce anxiety is the reality check – learning to recognize when a fear is healthy and worth paying attention to (a growling dog) or unhealthy (a suspicion that the birthday cake is poisoned).

“We taught the kids how to identify scary thoughts, and how to change them,” Ginsburg says. For example, if a child is afraid of cats and encounters one in the street, the child can first identify the scary thought: “That cat is going to hurt me.” Then the child can test that thought – is it likely that the cat will hurt me? No, the cat doesn’t look angry. It isn’t baring its teeth or hissing, it’s just sitting there. OK, I can walk past that cat and it won’t do anything.

Now the researchers have funding from that National Institutes of Health for a follow-up to see whether the effects are maintained over time. Ginsburg wonders whether there would be value in providing regular checkups for families on the mental health issue. Along those lines, she is considering approaching insurers about offering this kind of service to families at risk, to see if it lowers their healthcare costs overall.

“I’d say we need to change our model of mental health to a checkup method,” Ginsburg says. “Like going to the dentist every six months.”