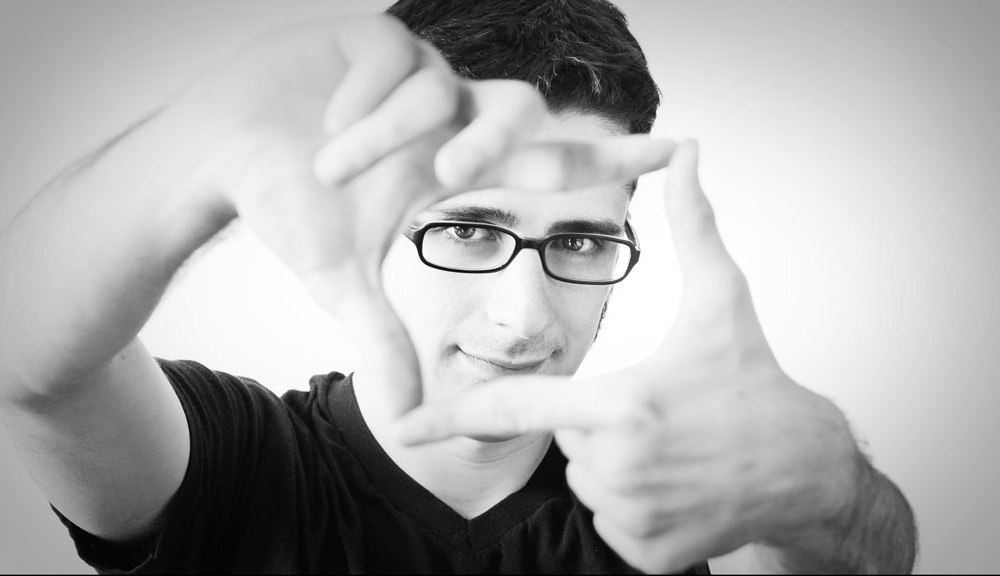 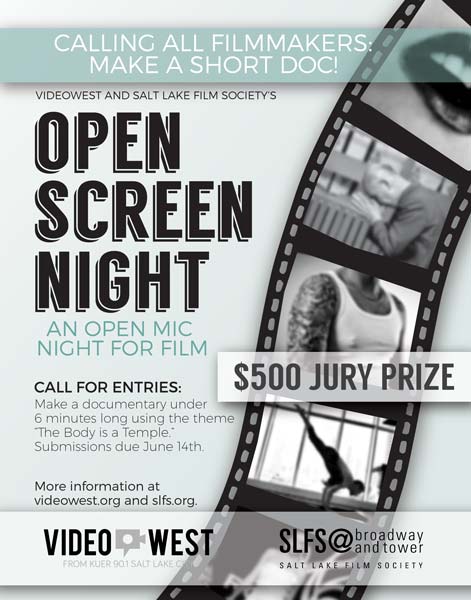 VideoWest and Salt Lake Film Society invite filmmakers to submit short documentaries for the second Open Screen Night to be held June 15, 2016 at the Tower Theatre. The event is in the style of an open mic night, giving all filmmakers who meet the submission guidelines the chance to see their film on the big screen.

Films must be under six minutes and tell a real story related to the theme The Body is a Temple. Submissions are due the day before the screening, Tuesday, June 14, by 7:00 pm to the Tower Theatre. Salt Lake Film Society and VideoWest are offering a $500 grand prize to the jury winner and a non-cash prize for the audience award.

“I know there’s a brilliant, sad, funny story out there that no one has told yet. And I know you know one. So share it. Make a film,” states Doug Fabrizio of KUER 90.1 and VideoWest.

Utah is full of real stories and real characters that make this place unique, and VideoWest and Salt Lake Film Society are dedicated to telling those stories through local filmmakers. Open Screen Night will begin with a collection of films featured on VideoWest, followed by the submitted shorts. The free screening of submissions and announcement of winners will take place on Wednesday, June 15, 2016 at 7:00 pm at the Tower Theatre.

VideoWest is a collaborative video series curated by Doug Fabrizio and KUER 90.1, a charter member of NPR, broadcasting from The University of Utah. VideoWest expands the strength of storytelling into the visual medium, complementing the conversations on RadioWest, KUER’s daily program that explores the way the world works. Watch the latest VideoWest productions at www.videowest.org.