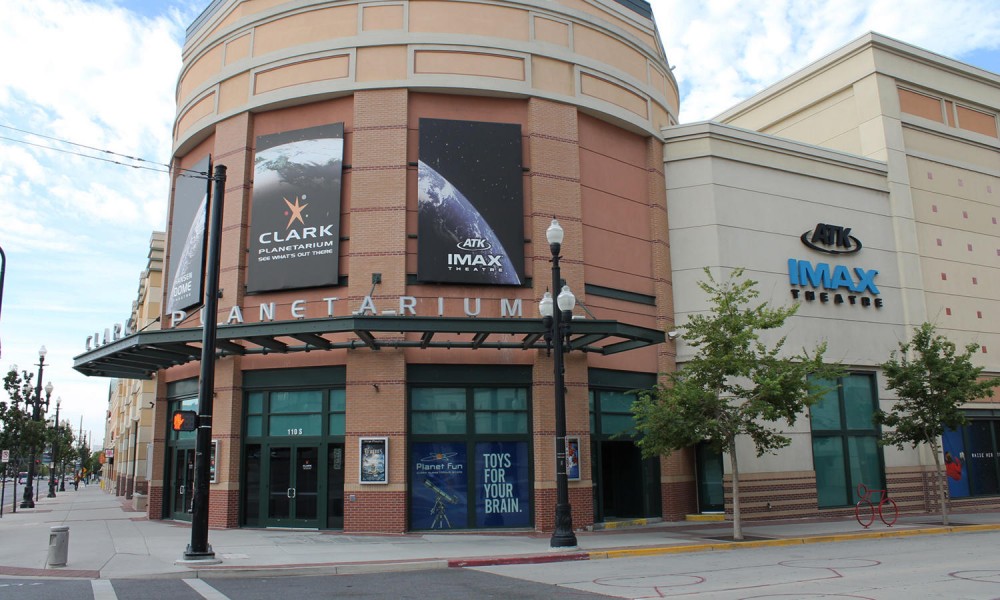 The Association Internationale du Film d’Animation celebrates its 14th annual International Animation Day on Wednesday, October 28th, 2015. In honor of the occasion, Clark Planetarium invites the public to a free celebration that day from 4-7 p.m.

“International Animation Day” will feature free animation-themed activities: make-your-own zoetrope, flipbook, and stop animation film; watch a Clark Planetarium animator in action; and, try your hand at the prototype of a new animated hands-on exhibit. Activities will be followed by a special showing of the planetarium’s in-house light show, Rock on Demand at 6:45 p.m, featuring the premiere of a new animation from Clark Planetarium animator, Jon Dansie. “Making interesting visuals to bring music to life on the Dome screen is a fun change from our normal science-based animation,” said Dansie. Tickets for Rock on Demand are $7 for children and $9 for adults.

Clark Planetarium hopes the event will educate the community about the importance of animation to generating a deeper understanding of the science in our daily lives, whether for a fun show like Rock on Demand or for educational purposes. “It’s exciting to contribute to science education in our community but it’s also a big responsibility,” said Ron Proctor, Clark Planetarium Production Manager. “The quality of our work can mean the difference between scientific understanding and misconception.”

David Meinzer, Clark Planetarium animator, echoed the hard work that goes into creating a good animation. “A typical show can take over two years to make,” he said. “Once we get to see it in the Hansen Dome Theatre and see the audience’s reaction, that’s the payoff.”

And the payoff is big, globally big. Clark Planetarium animated productions and works are purchased by and played in planetariums around the world, including the Valentina Tereshkova Cultural-Educational Centre in Yaroslavl, Russia, among many others. David Merrell, Clark Planetarium animator, said, “It’s surreal to be in the middle of Salt Lake County and have my work shown in places like Russia.”

The public can view Clark Planetarium productions like Accidental Astronauts, Black Holes, Perfect Little Planet, and Rock on Demand in the Hansen Dome Theatre at “International Animation Day” and view all currently playing productions throughout the week.

Clark Planetarium’s mission is to create and present stimulating educational programs that effectively share astronomy and space exploration information with Salt Lake County residents, Utah students, educators and families, and visitors from around the country and the world. For more information visit www.clarkplanetarium.org or follow Clark Planetarium on Twitter or Facebook.