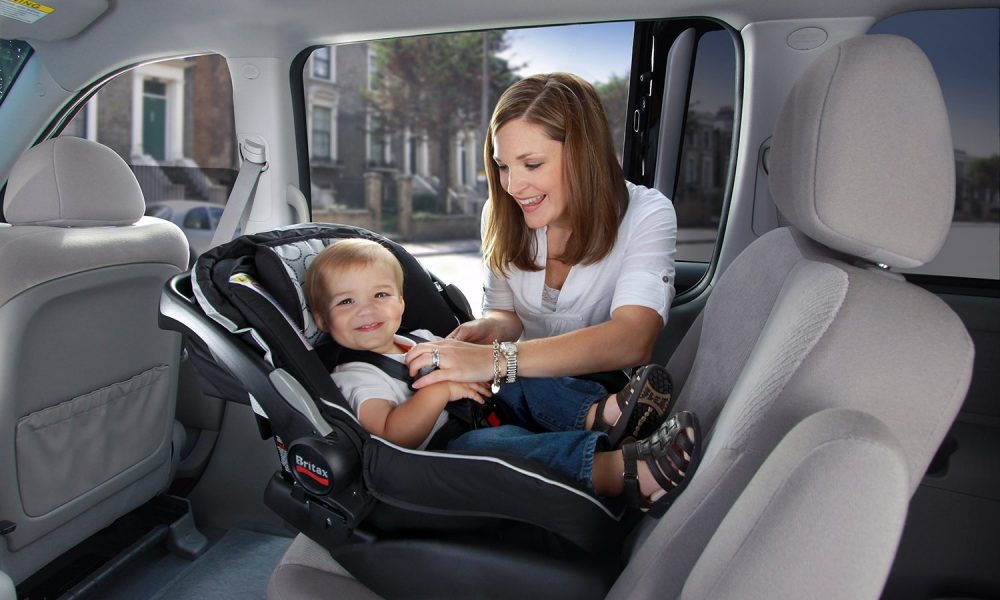 A new study on toxic chemicals in children’s car seats was released today at HealthyStuff.org. The sixth study of its kind since 2006, leading environmental scientists at the Ecology Center said that this year’s findings were an improvement from previous years, however there are still toxic chemicals found in car seats.

This year’s study focuses particularly on flame retardants (FRs), which continue to be used despite there being no data showing they provide a fire safety benefit to children. Rather, they put babies and young children in close contact with chemical additives that are known to be carcinogens, hormone disruptors and developmental toxicants. Babies are the most vulnerable population in terms of exposure to chemical-laden dust from products like car seats, since their systems are still developing.

“It is essential that parents put their kids in properly installed car seats, which provide vital crash protection, regardless of chemical hazard,” said the Ecology Center’s Research Director, Jeff Gearhart. “However, there are some seats that are healthier than others in terms of toxic chemical content.”

Highlights from this year’s findings include:

In 2017, for the first time, a car seat marketed as free of FRs will be on the market produced by UPPAbaby.   The “Henry”, a new infant car seat in their “Mesa” line, leaves out chemical FRs in favor of a wool blend to meet regulations. The FR-free Henry will be available in the spring of next year.

Aside from the UPPAbaby seat, FRs were found in all of the car seats that were tested, and for the first time were found to be in widespread use in the fabrics of car seats.

This is concerning, as brominated chemicals are typically persistent, bioaccumulative, and often toxic.

Alternatives to BFRs have not been tested for toxicity

Manufacturers have stopped using some flame retardants with known hazards, but the health effects of many of the substitutes are unknown. 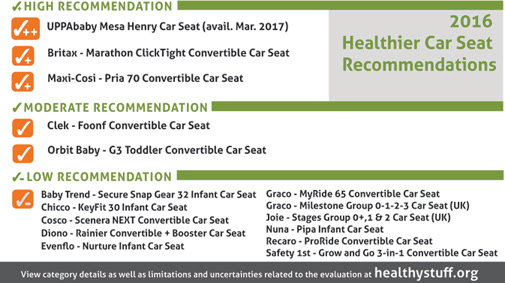 “UPPAbaby has finally proved that it is possible to make a car seat that meets federal flammability requirements without adding toxic flame retardants,” said Gearhart. “We now challenge other companies to follow suit, especially those that make low-cost seats. Car seats are required by law for children in vehicles, and an affordable seat should not come with a chemical exposure cost.”

The Ecology Center is encouraging lawmakers to exempt child car seats from the federal flammability standard. Despite 44 years of this U.S. regulation, The National Highway Traffic Safety Administration can provide no evidence suggesting that the rule protects children in vehicle fires. Congressman Jared Huffman (D-San Rafael, California) introduced related federal legislation (HR 5359) in May, which is pending.

The new report reminds parents that car seats are critical safety devices and that parents should ALWAYS properly install and use a car seat for babies and children regardless of its chemical composition.