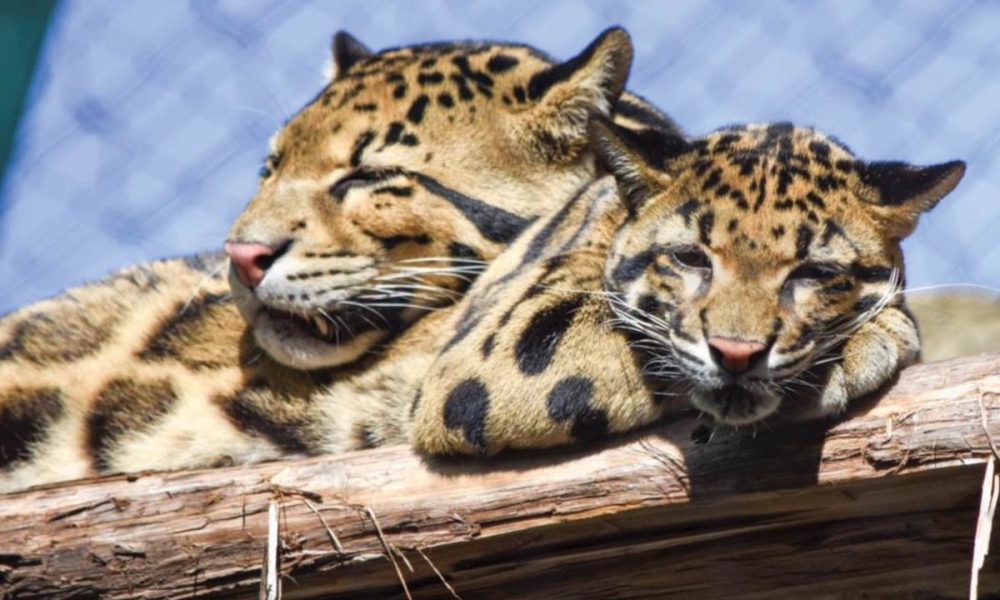 A rare species arrived at the Salt Lake City airport last night and will be making their new home at the Loveland Living Planet Aquarium. Two Clouded Leopards, Koshi and Rhu, came to the Aquarium from the Houston Zoo. They are a central feature of the Aquarium’s new Expedition: Asia gallery opening in June.

“We are so excited to have these rare and beautiful animals come to our facility,” said Aquarium COO Mike Vermillion. “They will be another reminder of the actions we can take to help preserve this species and their habitat. We hope guests will enjoy watching and learning about them.”

Clouded Leopards are an endangered species. There are estimated to be less than 10,000 breeding adults worldwide. In the U.S., there are 87 Clouded Leopards in captivity. They are managed through the Species Survival Plan (SSP), administered by the Association of Zoos and Aquariums. Loveland Living Planet Aquarium is one of 23 institutions participating in the SSP for Clouded Leopards.

Clouded Leopards live in the tropical rainforests of Southeast Asia, from Nepal and southern China through Thailand and Indonesia. Much of their habitat has been destroyed due to industrial logging, palm oil plantations, and illegal hunting.

The two Clouded leopards came from the Houston Zoo. Koshi was born on June 6, 2014 at the Houston Zoo and weighs about 46 pounds. He was named after a nature reserve in Nepal.

Clouded leopards are beautiful Asian cats, named for their spots that resemble clouds. These leopards have long canine teeth that some people compare to the extinct Saber-toothed cat.

Clouded leopards are excellent climbers. They can climb upside-down underneath tree branches, hang by their feet, and even descend head first from the canopy. Although they’re great climbers, they do most of their hunting on the ground. They eat deer, pigs, monkeys, squirrels and birds.

Clouded leopards are a vulnerable species due to habitat loss and illegal hunting. Fur, claws, and teeth have been sold in markets in their native countries. Hunting is banned in several countries, but sometimes poorly regulated.

Expedition: Asia, presented by America First Credit Union, opens soon. This all-new gallery will take guests on an adventure through the Asian continent where they will meet exciting new animals and be immersed in a new ecosystem.