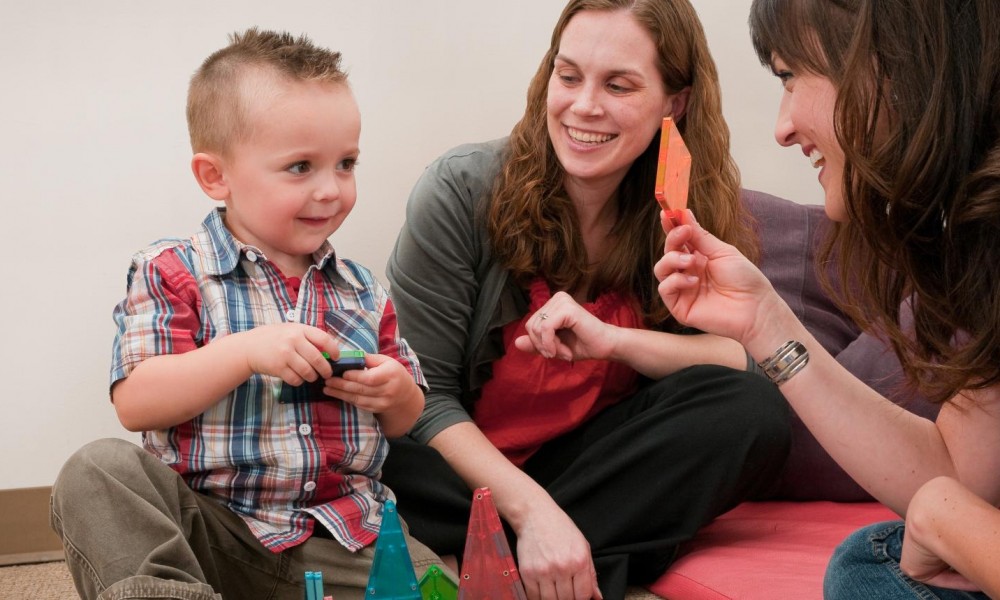 The study is the first in more than 20 years to look at long-term outcomes after early intensive autism intervention. The therapy began when children were 18 to 30 months of age and involved therapists and parents working with the toddlers in their homes for more than 15 hours each week for two years.

The study will appear in the July issue of the Journal of the American Academy of Child and Adolescent Psychiatry and is published early online.

“When you intervene early in a child’s life, you can make a big difference,” said lead author Annette Estes, director of the University of Washington Autism Center. “We hope this translates to a higher quality of life for people with autism spectrum disorder.”

The therapy, known as the Early Start Denver Model, or ESDM for short, was designed to promote social and communication skills and learning. The research team found that two years after completing the intervention, children maintained gains in overall intellectual ability and language and showed new areas of progress in reduced autism symptoms.

This type of intervention has been shown to help children with autism, but it hadn’t been shown to work with very young children over a longer timescale until now.

This is really important. This is the kind of evidence that is needed to support effective intervention policies for children with autism, whether it’s insurance coverage or state support for early autism intervention.

These results make the case for autism-specific, one-on-one intervention to begin as soon as autism symptoms emerge, which for many children is before 30 months of age, Estes said.

“This is really important,” she said. “This is the kind of evidence that is needed to support effective intervention policies for children with autism, whether it’s insurance coverage or state support for early autism intervention.”

The researchers studied two groups of young children with autism – the first received community intervention as usual for two years, which was a mix of what was available in the community such as speech therapy and developmental preschool.

The second group received ESDM, which addresses a comprehensive set of goals, is delivered one-on-one in the home, and incorporates parent coaching and parent-delivered intervention with the child. This approach is designed to enhance a child’s motivation and follows each child’s interests in playing with toys and engaging in fun activities, songs and basic daily routines.

After two years of intensive intervention, children in the ESDM group showed a significantly greater increase in IQ, adaptive functioning, communication and other measures than did the comparison group.

“These findings indicate that children who had received the ESDM earlier in their lives continued to progress well with significantly less treatment than the comparison children received,” said co-author Sally J. Rogers, a University of California, Davis professor of psychiatry and co-creator of the Early Start Denver Model intervention.

It was surprising to researchers that two years after the early intervention ended, children who received the one-on-one care saw their autism symptoms reduce further, while children who had participated in community intervention had no overall reduction.

This kind of treatment is important for the well-being of children with autism, but it’s also a good idea economically, Estes added.

“People who are better able to communicate, care for themselves and participate in the workforce at greater levels will need less financial support in their lives,” she said.