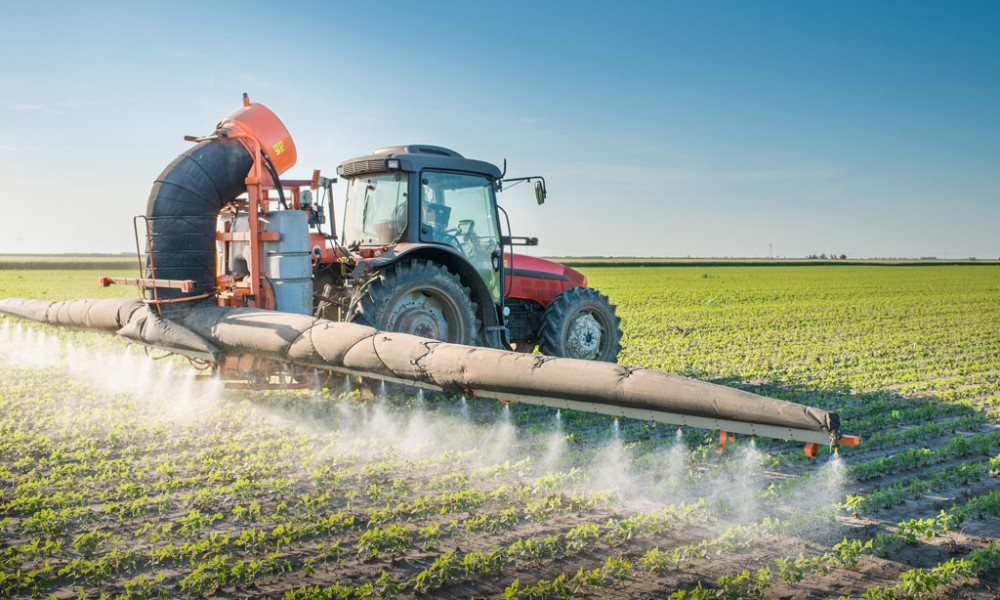 Men who ate fruits and vegetables with higher levels of pesticide residues—such as strawberries, spinach, and peppers—had lower sperm count and a lower percentage of normal sperm than those who ate produce with lower residue levels, according to a new study by researchers at Harvard T.H. Chan School of Public Health. It is the first study to look at the connection between exposure to pesticide residues from fruits and vegetables and semen quality.

The study appeared online March 30, 2015 in the journal Human Reproduction.

“To our knowledge, this is the first report to link consumption of pesticide residues in fruits and vegetables, a primary exposure route for most people, to an adverse reproductive health outcome in humans,” said Jorge Chavarro, assistant professor of nutrition and epidemiology and the study’s senior author.

Multiple studies have shown that consuming conventionally grown fruits and vegetables results in measurable pesticide levels in urine. Other studies have uncovered associations between occupational and environmental exposure to pesticides and lower semen quality. But only a few studies have linked consumption of pesticide residues in food to health effects, and none had looked at the effects on semen quality.

This suggests that implementing strategies specifically targeted at avoiding pesticide residues, such as consuming organically-grown produce or avoiding produce known to have large amounts of residues, may be the way to go.

The researchers used data from 155 men enrolled in the Environment and Reproductive Health (EARTH) study, an ongoing National Institute of Environmental Health Sciences-funded study at a fertility center in Boston. Data included 338 semen samples provided during 2007–2012 and validated survey information about participants’ diets. The researchers classified fruits and vegetables according to whether they contained high amounts of pesticide residues (such as peppers, spinach, strawberries, apples, and pears) or low-to-moderate amounts (such as peas, beans, grapefruit, and onions), based on data from the U.S. Department of Agriculture Pesticide Data Program. They then adjusted for factors such as smoking and body mass index—both known to affect sperm quality—and looked for connections between the men’s intake of produce with pesticide residue and the quality of their sperm.

The results showed that men who ate greater amounts of fruits and vegetables with higher levels of pesticide residue—more than 1.5 servings per day—had 49% lower sperm count and 32% lower percentage of normal sperm than men who ate the least amounts (less than 0.5 serving per day). They also had a lower sperm count, lower ejaculate volume, and lower percentage of normal sperm.

“These findings should not discourage the consumption of fruit and vegetables in general,” said Chavarro. “In fact, we found that consuming more fruits and vegetables with low pesticide residues was beneficial. This suggests that implementing strategies specifically targeted at avoiding pesticide residues, such as consuming organically-grown produce or avoiding produce known to have large amounts of residues, may be the way to go.”