Education is Key for Children with Poor Diet Habits 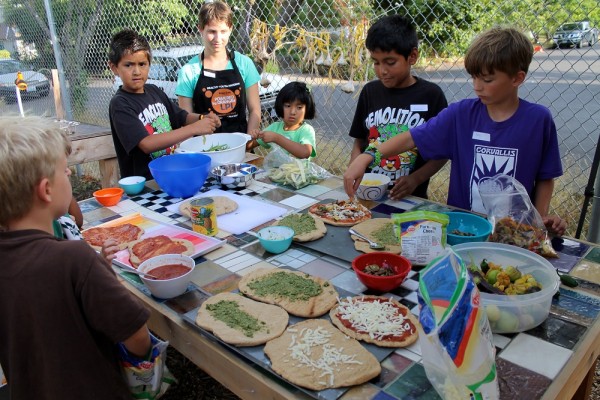 A study of elementary school children in a highly educated community in the Pacific Northwest found that about three fourths of the students had vitamin D levels that were either insufficient or deficient, and they also lacked an adequate intake of other important nutrients.

The findings, reported recently in the Journal of Extension by scientists from the Linus Pauling Institute at Oregon State University, make it clear that nutritional deficiencies can be profound even in communities with a very knowledgeable population and easy access to high quality, affordable food.

Many other studies have found similar concerns in areas with low socioeconomic status, poor food availability, and lower levels of education. This research identified significant nutritional problems in Corvallis, Ore., a university town with many grocery stores, a free bus transit system and some of the highest educational levels in the nation. In Corvallis, 26 percent of residents have completed a graduate degree, which is more than double the national average.

As students grew from younger children into adolescents, the problems only got worse, the research showed. The trend continued toward a diet focused on simple carbohydrates, and low both in fiber and important micronutrients.

“It’s becoming increasingly clear that health and dietary concerns cut across all populations, including comparatively well-educated or affluent groups,” said Gerd Bobe, an assistant professor with the OSU College of Agricultural Sciences and member of the Healthy Youth Program at the Linus Pauling Institute.

“This research also showed nutritional status and dietary choices are getting worse as students become teenagers,” Bobe said. “The foundation for lifelong health is laid in childhood, and puberty is a critical time for growth, brain and bone development. It’s a really bad time to have a bad diet. Since Corvallis is a very educated community with many health-conscious individuals, this is an illustration of just how widespread these problems are.”

The study focused some of its attention on vitamin D, taking blood samples from 71 students at four public elementary schools in Corvallis. They found about 8 percent of students were outright deficient in this vitamin, and about 69 percent were “insufficient,” defined as a level that’s less than ideal for optimal health.

Vitamin D is important for immune function; brain, muscle and bone development and health; and prevention of chronic diseases, including diabetes and cancer. It is often found to be deficient in many temperate zones where people don’t get adequate sun exposure.

The study examined children in two age groups, 5-8 years old and 9-11 years. The older children had even lower vitamin D levels that the younger group, correlated to a lower consumption of dairy products.

Based on their findings, the researchers suggested that educational or outreach programs to improve nutrition understanding are needed in a broad cross section of society, not just low-income or undeserved groups.

“Studies show that children and adults both learn best when all their senses are involved, through something like cooking classes combined with nutrition education,” said Simone Frei, manager of the Healthy Youth Program at the Linus Pauling Institute.

“In our classes, youth and families learn about eating plenty of fresh fruits and vegetables, whole grain foods and reducing processed foods,” Frei said. “This is even more effective when combined with growing and harvesting fresh vegetables from the garden.”

This program, among other initiatives, operates a “Chefs in the Garden” summer camp, and data show that 65 percent of participating children increased their vegetable consumption after the camp experience.
Among the other findings of the study:

-Most of the children reported a diet insufficient in fiber and essential fatty acids;

-Nearly all children consumed less potassium and more sodium than recommended, a health habit that ultimately can be associated with higher levels of chronic diseases, including heart disease and cancer;

-Only a single child in the entire study group reported a diet that would provide adequate intake of vitamin E, which is important for neurological development, cognition and anemia prevention.

As a result of the study, educational programs were developed by the Healthy Youth Program at OSU, some of which are available online.

The Linus Pauling Institute at OSU is a world leader in the study of micronutrients and their role in promoting optimum health or preventing and treating disease. Major areas of research include heart disease, cancer, aging and neurodegenerative disease.