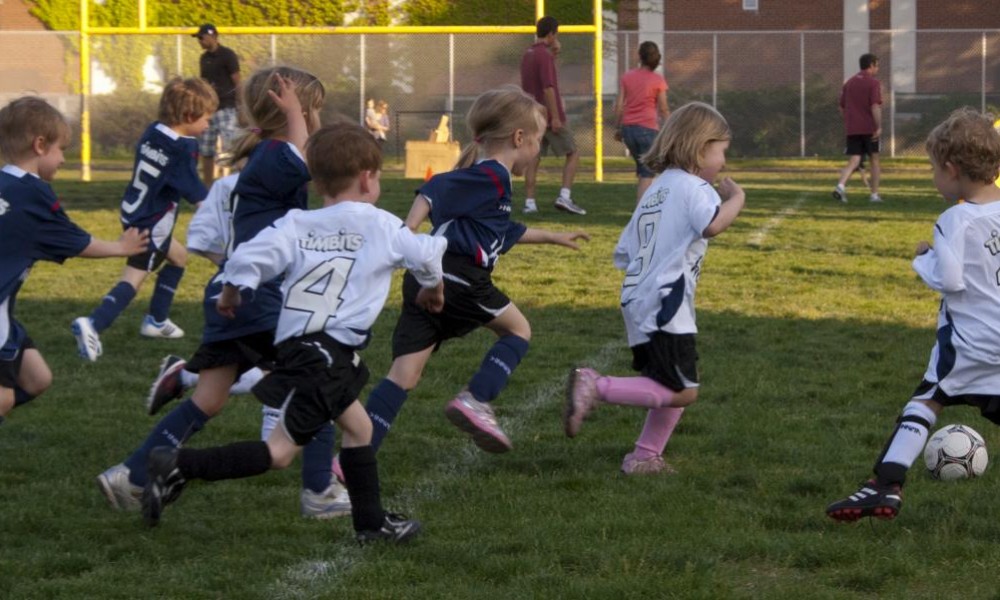 Regular, structured extracurricular sports seem to help kids develop the discipline they need in order to engage effectively in the classroom, according to a new study led by Linda Pagani of the University of Montreal and its affiliated CHU Sainte-Justine children’s hospital. “We worked with information provided by parents and teachers to compare kindergarteners’ activities with their classroom engagement as they grew up,” Pagani said. “By time they reached the fourth grade, kids who played structured sports were identifiably better at following instructions and remaining focused in the classroom. There is something specific to the sporting environment – perhaps the unique sense of belonging to a team to a special group with a common goal – that appears to help kids understand the importance of respecting the rules and honoring responsibilities.”

Professor Pagani and her colleagues Geneviève Piché and Caroline Fitzpatrick came to their conclusions after reviewing the data on 2,694 children who were born in Quebec between 1997 and 1998. The information was retrieved from the Quebec Longitudinal Study on Child Development, a public data set coordinated by the province’s statistical institute. “Our goal was to answer two questions: firstly, does participation in extracurricular activities in kindergarten predict fourth grade self-discipline, and secondly, do kindergarten self-discipline characteristics predict fourth-grade participation in sports?” Pagani explained. These characteristics encompass things such as classroom engagement, physical aggression, impulsivity and emotional distress.

By time they reached the fourth grade, kids who played structured sports were identifiably better at following instructions and remaining focused in the classroom.

At kindergarten, when most children in the study were six, teachers filled in questionnaires about their student behaviour and parents were interviewed by phone or in person about their home life. The exercise was repeated four years later. The researchers then analyzed the data by eliminating pre-existing influences such as child’s physical fitness and cognitive abilities, mother’s education, and how well the family unit functioned (asking families to rate, for example, how well they communicate) which could have influenced the results. “Children who were involved in sports at kindergarten, or in fact who were involved in any kind of structured activity, were likely to be involved in teams sports by age ten. However, involvement in unstructured activities at kindergarten had no bearing on the child’s future. Across the board, we found that children who had better behaviour in the kindergarten class were more likely to be involved in sport by age ten,” Pagani said. “Nonetheless, we found that those children who were specifically involved in team sports at kindergarten scored higher in self-regulation by time they reached fourth-grade.”

The researchers believe that sporting activities and attention skills go hand in hand and can be addressed simultaneously in school planning. Their findings could help schools and public health authorities better reach children at risk of insufficient exercise as a way of addressing both the obesity and school drop-out crises at the same time. “Programs to help parents develop their child’s self-regulation skills and the availability of extracurricular sports programs as early as kindergarten could help decrease the risk of kids being left behind,” Pagani said. “We also hope policy makers consider our findings in order to improve access to parks and playgrounds, where children and their families can engage in sporting activities, to improve access to K12 enrichment programs that target self-regulation skills, and to improve the promotion of active schools and communities generally-speaking.”