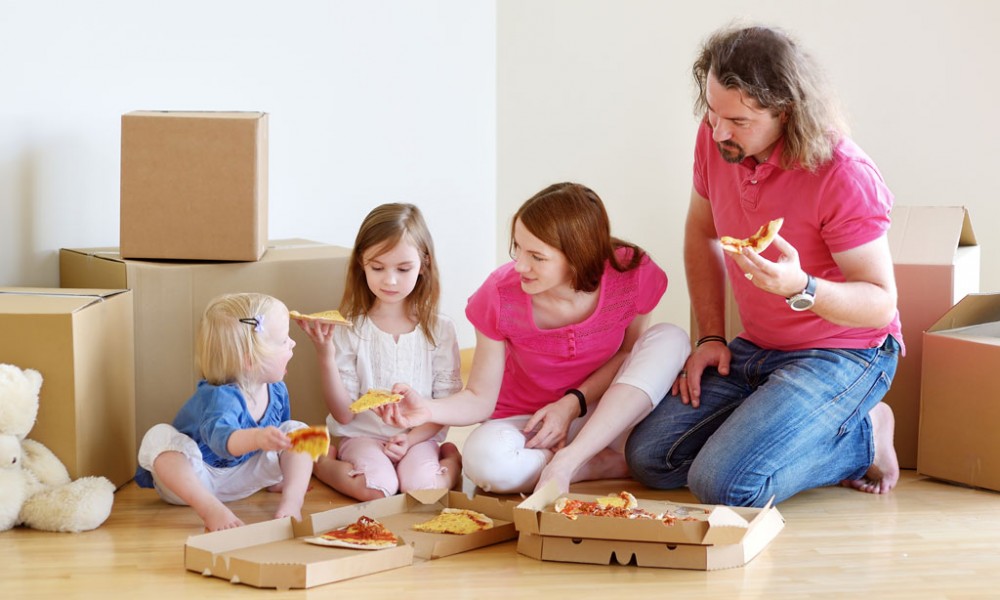 All those leftover pizza crusts you snatch from your kids’ plates add up. Men gain weight after they become fathers for the first time whether or not they live with their children, reports a large, new Northwestern Medicine study that tracked the weight of more than 10,000 men from adolescence to young adulthood.

The typical 6-foot-tall man who lives with his child gained an average of about 4.4 pounds after becoming a first-time dad; the 6-foot-tall dad who does not live with his child gained about 3.3 pounds, the study reports. That’s a 2.6 percent rise in BMI (body mass index) for resident dads and a 2 percent rise in BMI for non-resident dads after controlling for other variables.

By contrast, the average 6-foot-tall man in this group who was not a father actually lost 1.4 pounds over the same time period.

This is one of the first studies to examine how fatherhood affects a major biomarker of health, the BMI. The study will be published July 21 in the American Journal of Men’s Health.

The study controlled for other factors that could contribute to weight gain such as age, race, education, income, daily activity, screen time and marriage status. It is already known marriage results in a weight gain for men. The fatherhood weight gain is in addition to the increase resulting from marriage.

“Fatherhood can affect the health of young men, above the already known effect of marriage,” said lead author Dr. Craig Garfield, associate professor of pediatrics and of medical social sciences at Northwestern University Feinberg School of Medicine and attending pediatrician at Ann & Robert H. Lurie Children’s Hospital of Chicago. “The more weight the fathers gain and the higher their BMI, the greater risk they have for developing heart disease as well as diabetes and cancer.”

New fathers’ weight gain may be due to changes in lifestyle and eating habits.

“You have new responsibilities when you have your kids and may not have time to take care of yourself the way you once did in terms of exercise,” Garfield said. “Your family becomes the priority.”

Eating habits may shift as the house fills with cookies, ice cream and other snack food.

“We all know dads who clean their kids’ plates after every meal,” Garfield said. His personal weakness: finishing his kids’ leftover cheese pizza.

Over the 20 years of the study, all 10,253 participants had their BMI measured at four different time points: early adolescence, later adolescence, mid-20s and early 30s. Each participant was categorized either as a non-father, resident father or non-resident father. Then researchers looked at each person’s BMI at each time point and took the average of all those measurements to determine whether their fatherhood status was associated with their BMI.

Because many new dads don’t have a personal physician, pediatricians are in a good position to counsel dads about taking care of their health. Many new fathers think they’re too young and healthy to need their own doctor, Garfield said.

“New dads are coming into the health care system as a pediatric chaperone,” Garfield said. “This is an opportunity to talk about things that are important for dad’s health and the child’s health and to offer dads nutritional counseling and mental health education.”

Previous research by Garfield showed new fathers have an increase in depression symptoms in the early years after their child’s birth.

“We now realize the transition to fatherhood is an important developmental life stage for men’s health,” Garfield said. “It’s a magical moment where so many things change in a man’s life. Now the medical field needs to think about how can we help these men of child-rearing age who often don’t come to the doctor’s office for themselves.”