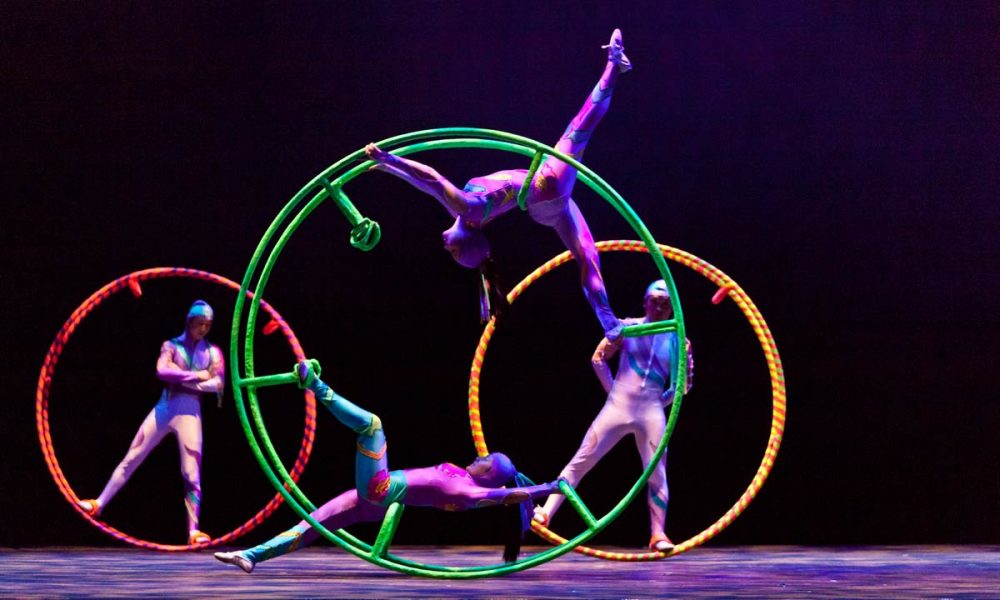 The reputation of the company is solidly rooted in a commitment to the highest of production values and an attention to artistic details that is unparalleled in the art form. World renowned impresario Danny Chang and choreographer Angela Chang combine award-winning acrobatics, traditional dance, spectacular costumes, ancient and contemporary music and theatrical techniques to present a show of breathtaking skill and spellbinding beauty.

After more than 17 years of apprenticeship under his dad and several years of world tour, Danny Chang was ready to step up as the President of the Golden Dragon Acrobats when Lien Chi Chang accepted the head coaching job at the National Taiwan College of Performing Arts.   As a young entrepreneur, Danny showed tremendous passion toward the acrobatic arts. His first goal was to reorganize the company from a small group to a world-renowned production company. He chose the United States of America as his starting point. With Mr. Bill Fegan’s assistances, the Golden Dragon Acrobats debuted in 1985.

Today, the Golden Dragon Acrobats have been recognized as the preeminent Chinese acrobatic company in the United States. As the director and the producer, Danny Chang has built a solid reputation based on his talents as both an acrobatic performer and artistic director. Every year, along with the choreographer, also his wife, Angela

All tickets for The Golden Dragon Acrobats are just $15-$30 and are available online at www.live-at-the-eccles.dom, by phone at 801-355-ARTS and at the Eccles Theater box office at 131 South Main Street.