Greek Yogurt Gets Saucy in This Unique Take on Pasta Carbonara 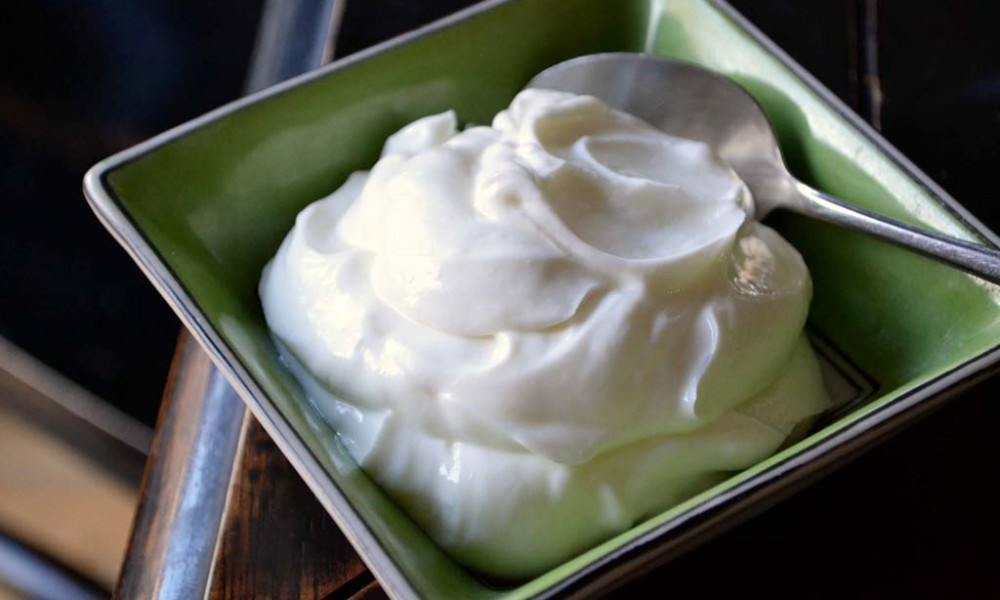 Plus Some Myths and Facts About Greek Yogurt

Since it was first imported in the 1980’s on a large scale, Greek yogurt has quickly grown to a very popular healthy snack in the United States. Many consumers have wondered what Greek yogurt is all about and if it’s really much healthier than regular yogurt and worth the higher price. Dr. Zhiping Yu, assistant professor in the Nutrition and Dietetics Flagship Program at the University of North Florida, shares more about this popular dairy product. In order to include Greek yogurt in your diet, a recipe is included.

Myth: Greek yogurt is a yogurt from Greece.

Fact: The history of where Greek yogurt originated is unclear. Greece is the obvious best guess. It’s also a common yogurt found in South Asia, other Mediterranean countries, the Middle East and now the United States.

Myth: Greek yogurt is made the same way as regular yogurt.

Fact: The nutrition value of Greek yogurt is superior to regular yogurt in that it’s higher in protein and lower in carbohydrates for a similar calorie count. A 6-ounce serving of Greek yogurt contains 15 to 20 grams of protein, almost twice that of regular yogurt. The high-protein content helps to control hunger level, a benefit for those who are cutting calories or managing weight.

Like most yogurts, Greek yogurt is an excellent source of probiotics, which helps ensure proper digestion, absorption of some nutrients and support immune health. While calcium content is lower in Greek yogurt than regular yogurt (as it’s lost through the straining process), it’s still considered a good source of calcium.

Myth: Greek yogurt is lower in calories than regular yogurt.

Myth: The only way to enjoy Greek yogurt is as a snack.

Fact: Greek yogurt can be consumed in a variety of occasions – as a snack, a meal, an ingredient or as a substitution in cooking. Plain Greek yogurt may be eaten sweet or savory. In cooking, its thicker consistency makes it a great addition in place of higher fat ingredients, such as regular sour cream, heavy cream, mayonnaise and cream cheese.