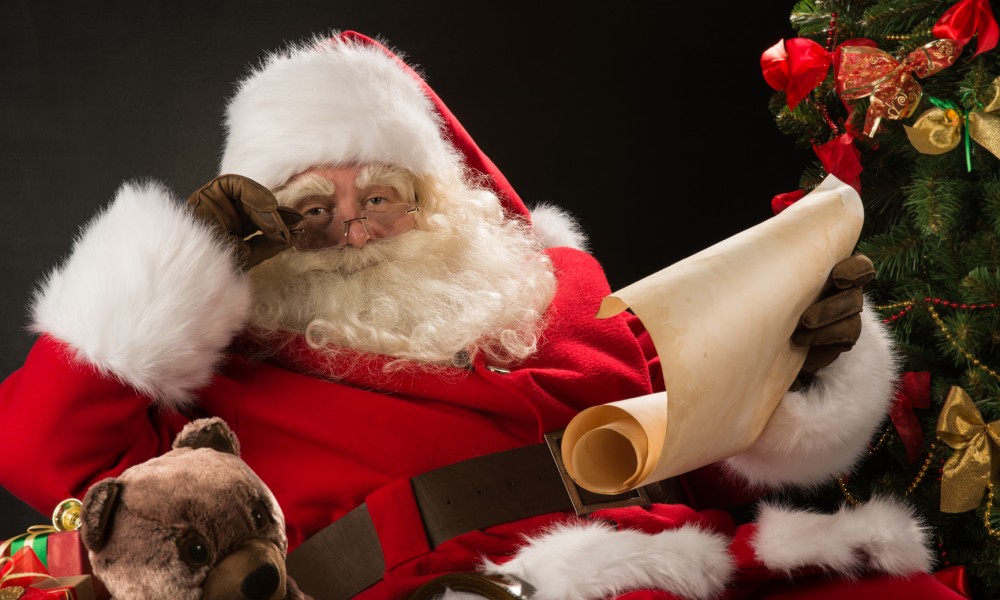 We were at the mall last week, and we passed by the Santa booth where Santa sat jollily taking pictures with children.

To my surprise, Jayden actually asked for a picture with Santa. I obliged, wanting him to stay young and naive forever.

We didn’t have to wait long for our turn. Santa greeted Jayden pleasantly, and Jayden remarked on the “realness” of his beard.

Before I go any further with the story, it is important to note here that Jayden and his brother do not get along. You are probably thinking, “Well, what’s unusual about that? All siblings fight.” This is different. Jayden and Cylis have what I would call a “toxic relationship.” Their fights are ugly. Jayden is usually the one who precipitates.

It did not require any cue from my part for Santa to ask Jayden about his family.

“Well, I have a sister who is younger than me. And I have a brother who is older than me.”

“Wait just a second,” interrupted Santa. “You haven’t been very nice to your brother, have you?”

Jayden’s eyes widened. So did mine.

“You have between now and Christmas to be nicer to your brother. I want you to stay on the nice list.”

“Okay,” Jayden agreed. If I would have told him this same thing, he would have said, “But Cylis is always making me mad!” Santa didn’t receive any of these excuses.

“Did you hear that?” Jayden remarked as we left the Santa booth with our annual pictures.

“Hear what?” I inquired.

“That was definitely the real Santa. He knew about me and Cylis.” Jayden was amazed.

I am a self-proclaimed Scrooge when it comes to Christmas. I think it’s too commercial, and I am always relieved when it’s over. I became the center of a storm of controversy at my school when I threatened to not put up the Christmas tree in the rotunda one year.

I told all my friends that I would never lie to my child, making him believe there is a Santa Claus only to dash his trust later.

I must say, though, that I do enjoy the wonder that comes with Christmas. Jayden is not confident enough to say there isn’t a Santa. And it’s kind of fun to pretend. Even as an adult, my mom used to put out a Santa gift for me every year and tell me it was from Santa Claus.

This is a difficult time. Our faith in goodness is tested every day. We often dismiss the notion of magic for what is objective and measurable.

Now that I have a son, I have come to appreciate the holidays for this reason—that it gives us permission to stop our realities long enough to enjoy the magic and wonder often overlooked in the day-to-day hustle and bustle of our busy lives. I think, if practiced correctly, it reminds us of our place in the world and that we are just a small part of something much bigger and much more important.