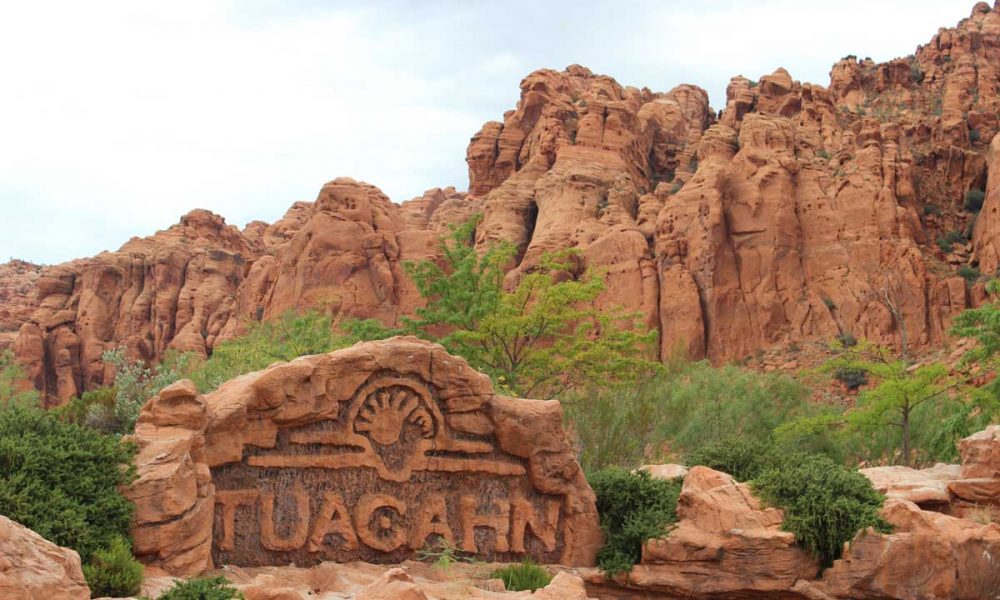 After kicking off the theater season amid rave reviews with Disney’s Newsies and Shrek the Musical, Tuacahn will be aiming to create a perfect trifecta of spectacular professional regional theater when Mamma Mia! dances its way across the Tuacahn stage July 14-Oct. 21.

Armed with an immensely talented cast and the ageless music of ABBA, Derryl Yeager says he is, “upping the ante as far as choreography and staging is concerned.”

Thanks to Yeager’s familiarity with the stage as a long-time Tuacahn director and choreographer, he was able to take the well-known stage version of Mamma Mia! that has played in theaters around the globe and make it “bigger, bolder and brasher.”

“It’s going to be a big party,” Yeager says. “But at the end of it, it’s also a very sweet story with a lot of truth to it.”

The story takes place on a Greek island just prior to the wedding of lead character Sophie Sheridan, played by Shae Robins. After Sophie learns the identity of three of her mom’s former lovers — each of whom could be her father — she invites them all to the wedding (without telling her mother) in hopes of having her father walk her down the aisle. Their arrival and subsequent interactions with Sophie and her mother, Donna (played by Jennifer Swiderski) sets the stage for a delightfully funny and heart-warming tale, filled with hits from ABBA’s extensive repertoire.

“They’ve cleverly woven what are essentially pop songs into the fabric of a show that actually makes sense and works really well,” Yeager says.

For Robins, the entire experience is a dream come true.

“I think this might be my favorite season, as far as the combination of shows,” Robins says, adding that the role of Sophie has been on her wish list ever since she saw the production in New York several years ago.

For Scott Anderson, artistic director, the opportunity to showcase a second regional premier, along with the regional premier of Disney’s Newsies in the same season, is a real coup.

“It’s really great when we get to be the first in the area to present it to people,” Anderson says. “We’re thankful for that. Hopefully our reputation merits the opportunity.”

Mamma Mia! will open July 14 and continue on alternating nights with Disney’s Newsies and Shrek the Musical through Oct. 21. For information and tickets log onto www.tuacahn.org or call 435-652-3300.