Most Middle and High Schools Start the School Day Too Early 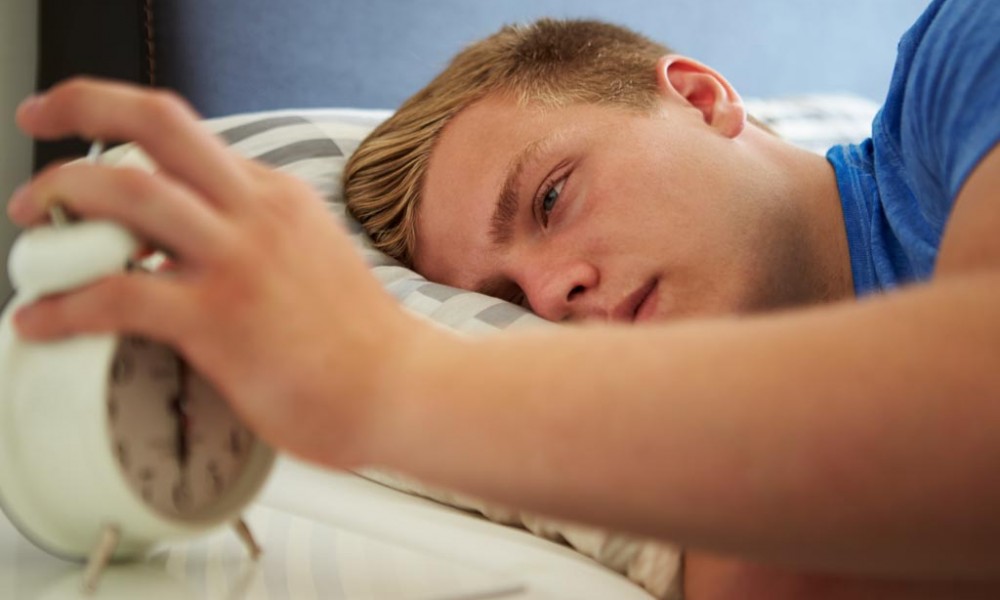 ewer than 1 in 5 middle and high schools in the U.S. began the school day at the recommended 8:30 AM start time or later during the 2011-2012 school year, according to data published today in the Centers for Disease Control and Prevention’s Morbidity and Mortality Weekly Report. Too-early start times can keep students from getting the sleep they need for health, safety, and academic success, according to the American Academy of Pediatrics 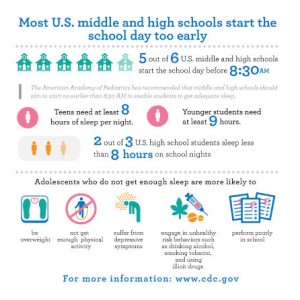 Schools that have a start time of 8:30 AM or later allow adolescent students the opportunity to get the recommended amount of sleep on school nights: about 8.5 to 9.5 hours. Insufficient sleep is common among high school students and is associated with several health risks such as being overweight, drinking alcohol, smoking tobacco, and using drugs – as well as poor academic performance. The proportion of high school students who fail to get sufficient sleep (2 out of 3) has remained steady since 2007, according to the 2013 Youth Risk Behavior Surveillance Report.

Schools that have a start time of 8:30 AM or later allow adolescent students the opportunity to get the recommended amount of sleep on school nights: about 8.5 to 9.5 hours.

“Getting enough sleep is important for students’ health, safety, and academic performance,” said Anne Wheaton, Ph.D., lead author and epidemiologist in CDC’s Division of Population Health. “Early school start times, however, are preventing many adolescents from getting the sleep they need.”

In 2014, the American Academy of Pediatrics issued a policy statement urging middle and high schools to modify start times to no earlier than 8:30 AM to aid students in getting sufficient sleep to improve their overall health. School start time policies are not determined at the federal or state level, but at the district or individual school level. Future studies may determine whether this recommendation results in later school start times.

The authors report that delayed school start times do not replace the need for other interventions that can improve sleep among adolescents. Parents can help their children practice good sleep habits. For example, a consistent bedtime and rise time, including on weekends, is recommended for everyone, including children, adolescents, and adults. Health care providers who treat adolescents should educate teens and parents about the importance of adequate sleep in maintaining health and well-being.