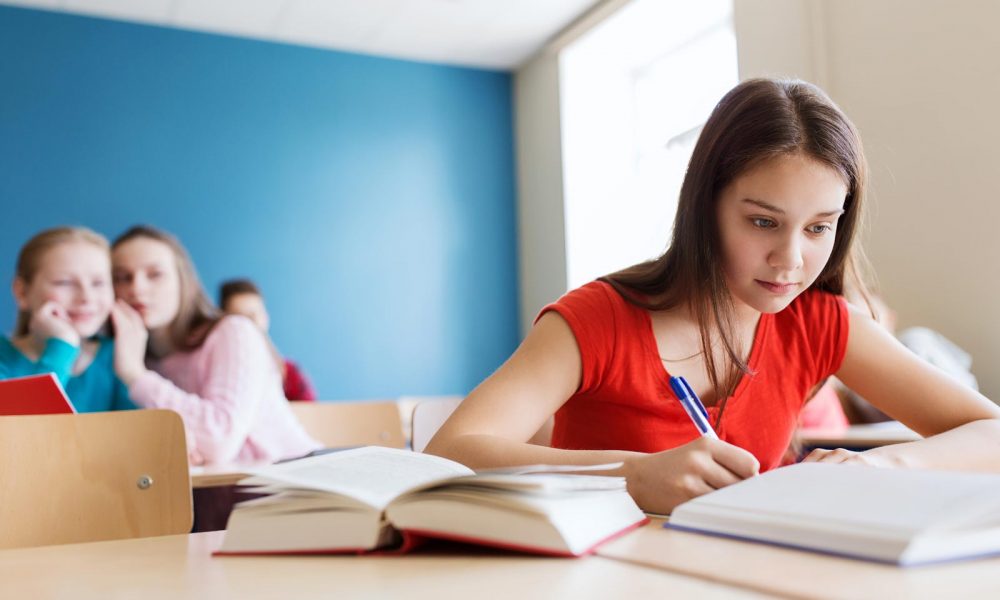 STOMP Out Bullying™, the leading national bullying and cyberbullying prevention nonprofit organization for kids and teens, released survey results today that detail teens’ (ages 13-17) attitudes toward our country’s behavior and its effect on bullying among their peers, in order to highlight key issues for October’s National Bullying Prevention Awareness Month. Top findings include:

“Whether at school, in front of a computer screen or on digital devices, bullying and cyberbullying are unfortunately more present than ever before,” said Ross Ellis, founder and CEO of STOMP Out Bullying. “We need to continue emphasizing the importance of kindness, which is critical not only to youth character development, but kindness can also make a positive, lasting impact on our world today. It’s not surprising to see why teens have such a negative view of our nation’s behavior, given the onslaught of violence and hostility that we see on a daily basis,” she said. “I urge everyone to raise awareness around bullying prevention and the power of kindness this October, which is National Bullying Prevention Awareness Month.”

STOMP Out Bullying advocates for teaching more empathy and kindness among a diverse population of students in schools to create a positive culture, stronger communities and more student leaders. There are some encouraging signs of progress being made in the effort to end bullying. Most teens are confident in their school’s ability to tackle bullying, with over half (61 percent) who believe their school handles bullying issues sufficiently. Concurrently, teens themselves are becoming more empowered to stand up and report instances of bullying if they see them. Nearly two-thirds (66 percent) have reported instances of bullying to a teacher, parent or other authority figure.

For teens experiencing the effects of bullying, or even exhibiting bullying behavior, STOMP Out Bullying provides many resources to help:

What is STOMP Out Bullying?

STOMP Out Bullying is the leading national anti-bullying organization for kids and teens. A pioneer on the issue, STOMP Out Bullying is recognized as the most influential anti-bullying and cyberbullying organization in America. It focuses on reducing and preventing bullying, cyberbullying, sexting and other digital abuse, education against homophobia, racism and hatred, decreasing school absenteeism, and deterring violence in schools, online and in communities across the country. It teaches effective solutions on how to respond to all forms of bullying; as well as educating kids and teens in school and online.