Never Quit On A Bad Day 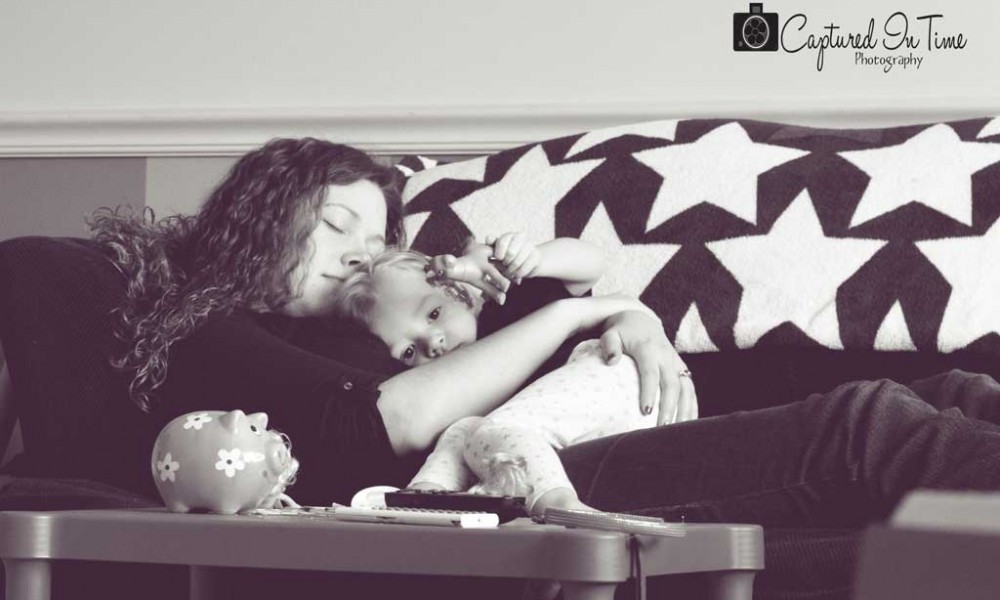 If you’d asked me three years ago how long I was going to breastfeed the baby I was carrying, I would’ve told you about a year. After all, that was the AAP’s recommendations and that was about the only guideline I had. When I received two full cans of formula in a sample pack I’d never signed up for, I just rolled my eyes and stuck them in the pantry in case someone I knew needed them.

I didn’t bother to take a breastfeeding class or educate myself on how to breastfeed. After all, it’s natural and I didn’t consider that it would be anything other than easy. When our little miss was born, she latched easily and the first day or two of breastfeeding went well, but things quickly went downhill.

By the time we were several days in, I was in excruciating pain, in tears nearly every time we breastfed. Some online research and speaking to a midwife friend lead me to believe that we had latch issues and with the guidance of YouTube videos, I learned what a correct latch looked like and how to correct my daughter’s.

For a few days, I was still in pain, but things were getting better. However, in the days that followed, things went from better to bad to worse. The pain was back, but not just during breastfeeding. Every time I walked outside into the cool October air, my breasts caught fire, like a thousand little needles were jamming into them.

Finally, in desperation, I went to the store and purchased bottles and a breast pump and scheduled an appointment with a lactation consultant. While we waited for the appointment, I continued trying to breastfeed, but also pumped and supplemented with formula. Every time I breastfed, I cried. Every time I pumped, I cried. Every bottle my daughter got, some of breastmilk, some of formula, I cried. It was sheer force of will that we continued — I was desperate to figure this out and get it right.

At my appointment with a local IBCLC, she checked my baby for tongue tie, confirmed my latch looked good and suggested that I probably had thrush. She referred me to a doctor who could write me a prescription for it. When I asked if there were more holistic options, she essentially told me no. Unless I was willing to radically change my diet for a while, an overwhelming task for a sleep-deprived postpartum woman, a prescription was my only option. Until I got to the doctor, I could use gentian violet in my baby’s mouth and Dr. Newman’s All Purpose Nipple Ointment (APNO) on my nipples. On my way out her door, she handed me an information sheet on oversupply and said “it sounds like this might be of interest to you too.”

Over the next several months, we fought thrush (the doctor the IBCLC recommended never called me back and my mommy intuition felt very hesitant about the prescription anyway), gas and colic, oversupply, mastitis, sleep deprivation, an undiagnosed and unrecognized postpartum mood disorder, and my return to work. When I read blogs about how people loved breastfeeding, I couldn’t imagine it. It was hard work, sometimes painful and rarely enjoyable.

I held to one piece of advice, the source of which I no longer remember: Never quit on a bad day. Slowly, things improved. I learned everything I could about breastfeeding. We got the thrush under control, my supply regulated some (I still had wicked oversupply until I stopped pumping at work at a year), I found a routine for pumping at work, the pain went away, we learned how to sleep through night feeding and while I didn’t love it, I no longer hated it.

We introduced solids for fun at about six months, but continued to breastfeed (food before one is just for fun). I stopped pumping at a year and considered weaning, but Macie was nowhere near done and I was too lazy to force it. I’d also learned in my studying that while the AAP recommended breastfeeding for a year, the WHO suggested two years and the average age of weaning internationally is over four years old, so I didn’t feel like I needed to force weaning.

Sometime in that second year, breastfeeding became less work and while we definitely dealt with new challenges (including the eternally fun “gymnurstics”), I not only no longer hated it, I actually kind of liked it. That like turned into love and as we passed the two year mark in October I just kind of shrugged and said “she’ll wean when she’s done.” I’ve come to love the quiet moments when we first wake up and she wants to nurse. I love how nursing is a way to reconnect when I come home from work. I love how she still signs the word “please” even as she says it when “asking nicely” to nurse. I love how she calls one breast “the nurse side” and the other one “the other side.” I love how easily I can soothe her when she’s bonked her head or gotten her feelings hurt and how quickly I can calm the wild child. I love the excitement as she bounces around me saying “I want to nurse, please!!!!!!” and her squeals of joy when I say ok. I love that in our crazy, chaotic life, it’s a moment of stillness and of genuine connections. I love that no matter how uncontrollable the day has been, no matter how messy the house is or how many things there still are on my to-do list, for a moment nothing else matters. I love nearly everything about extended breastfeeding. Something that was work has now become joyful.

Macie is two and a half now and no longer asks to nurse first thing when I come home from work, a part of our evening routine I didn’t even know I would miss. I see the natural weaning process play out in our life and while part of me is excited to see her grow and looking forward to “getting my body back”, part of me is heartbroken and holding on to every moment. I never planned to breastfeed this long, but having to fight for it in the beginning makes me more willing to hold onto it now and let her lead on this.

Sometimes we still have hard days, never like the ones in the beginning, but I think about weaning from time to time. I never do, in part because I’m lazy and in part because the advice I got over two years ago sticks with me: never quit on a bad day. The next day, I’m always glad I didn’t.

I’ve learned from women in Mongolia, moms with chronically ill children, women who nursed their friend’s baby, lactation consultants, exclusive pumpers, midwives, and “extended breastfeeders” long before I was considered one myself. I have felt incredibly blessed by the stories and advice I’ve read. I never expected to learn so much about breastfeeding or to become a fierce advocate for women to choose how to feed their babies.

I know that some women will read my story and think I’m crazy — that for them, it wouldn’t have been worth it to fight so hard for so long with so many challenges. I never expected to have to work so hard to breastfeed. It’s not worth it for everyone, but it was for me and it will be for others. For me, it was worth it to fight. Someday, all my babies will be grown and I will never get these moments back. I try not to take them for granted. I never expected to breastfeed this long. Or to love it this much.