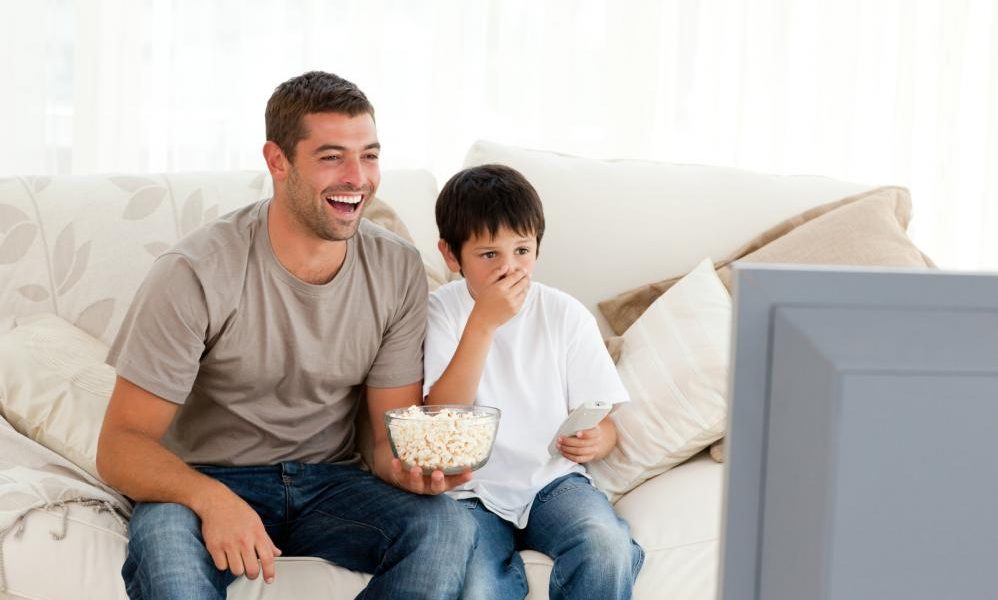 Kids become more interested in activities when their parents are involved.

Parenting today, for many, has become nothing more than sitting a child in front of a television or handing them a device that plays their favorite video. But it’s much more than that. Studies show it’s not just being a coach for their child’s youth sports team or attending the school play. It could be as simple as watching TV with the child instead of treating the device like a babysitter.

Using the college’s facilities in the Center for Communication Research, Rasmussen and Keene discovered a change in a child’s heart rate and skin conductance, which measures how well the skin becomes a conductor of electricity when stimulated, when that child watches a program with the parent as opposed to watching it alone.

That physiological change is an indicator of how much effort is put into learning from the program as the brain-body connection relates the importance of the program to the parent’s presence.

“I think this is the first time that anybody has looked at the question of why kids seem to learn better from TV when their parent watches them,” said Rasmussen, whose research focuses on children and the media and discusses the topic through his blog, ChildrenAndMediaMan. “All of the other research we know of looks at what happens to children’s learning patterns when the parents are in the room. This is the first time I know of that people are exploring what might be the reasons why children learn better when the parent is in the room.”

Regardless of the motivation, the results were clear – parents who want their children to have a better understanding of the programs they are watching need to be present with their child, sitting next to them, watching the program. It’s known as co-viewing.

“If parents are watching with them, they should know the kids learn things more if they watch with them, whether it’s violence, sex, language, whatever,” Rasmussen said. “This really suggests that parents need to be more aware of their influence because parents have that influence whether they think they do or not. Just being there is making a difference.”

For this study, parents and their children were brought into the center and shown a video, either a clip from the television show “Man vs. Wild” or a whale documentary, each clip about 11-12 minutes long. The kids were hooked up to a heart rate monitor and a skin conductance monitor, which measures how sweaty their palms become and thus become a good electrical conductor.

As an expert in children and the media, Rasmussen has heard it hundreds of times, that this generation of children is different; that society is losing this generation to the media. This could go for both the good and bad portrayal that the media can display on social issues.

But these research results only serve to solidify Rasmussen’s belief that it’s the parents who are lost and not the kids, that the influence parents have in their child’s life is misunderstood.

“They’re just relying on rules or teachers or whatever to media-parent their kids when the parent actually needs to be sitting there parenting for themselves, being involved and having conversations,” Rasmussen said. “I think our focus needs to be on raising a generation of media-literate parents in order for them to make the difference for children that we really want to make.”

Rules given to kids in terms of what they are allowed to watch are a good start, Rasmussen said. But too many parents allow the rules to do all the parenting, which takes it too far.

This research and its results could be a good start to reversing that trend. The next step will be a study that monitors the parents in the co-viewing environment to determine if there are any physiological changes in them as well as the child. Rasmussen said they are hopeful to begin that study this spring or summer.

“Parents parent. The more I learn the more I’m convinced of that. It’s about helping kids know what to do with that content once they encounter it and how they process it.”