Parents’ Top Fears About Teens’ Cellphone Use — Really Cause for Worry? 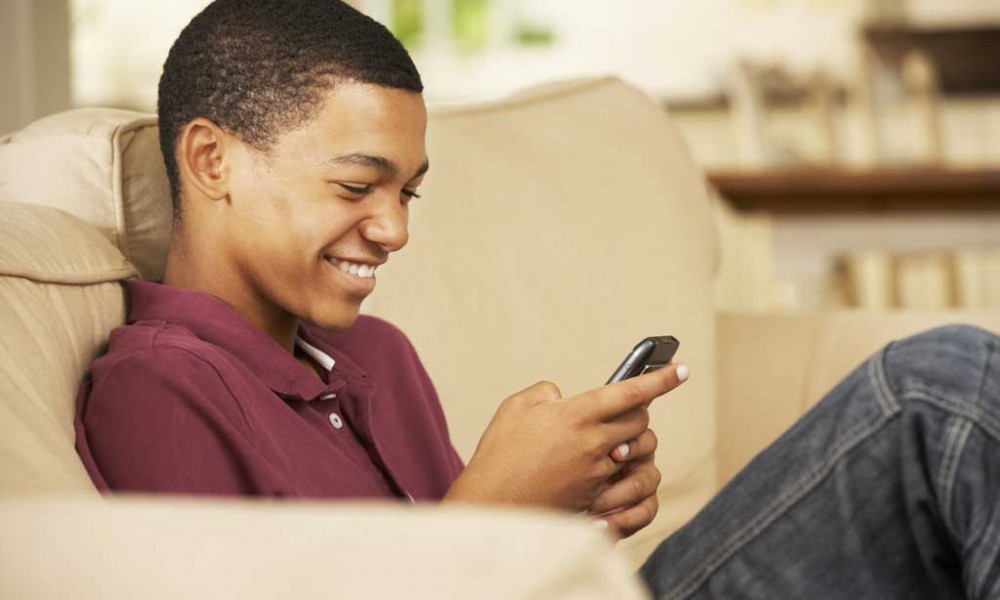 Parents’ fears about their teenagers’ heavy use of cell phones and social media may be exaggerated, according to a new report from Duke University researchers. However, there are important exceptions in the areas of cyberbullying and sleep disruption.

“Each generation worries about how young people are using their time,” said Candice Odgers, associate professor in Duke’s Sanford School of Public Policy and associate director of the Duke Center for Child and Family Policy. “We see young people constantly on their phones and assume ill effects, but much of the research to date tells a more positive story.”

The article by Odgers and Duke Ph.D. candidate Madeleine J. George, titled “Seven Fears and the Science of How Mobile Technologies May Be Influencing Adolescents in the Digital Age,” appears online Nov. 18 in the journal “Perspectives on Psychological Science.”

The review weighs commonly expressed fears regarding teenagers’ use of mobile devices against existing research evidence. It calls for more rigorous research to evaluate how these quickly evolving technologies are impacting young people’s lives.

“We tend to count hours spent using technology, rather than seek to understand the reasons teens are immersed in the digital world. When we look closely, we see considerable overlap between the underlying motivations and content of online versus offline communications and activities,” Odgers said.

Bullying is one area where the digital age may be introducing new risks. Teens at risk for cyberbullying are the same ones at risk for traditional forms of victimization: nine out of 10 who reported being victimized online had also experienced traditional offline bullying, the researchers found. The pervasiveness of bullying in the online world and levels of distress among victims offer cause for concern.

But, contrary to the early Internet age — when a small minority of teens were online and heavy Internet use was a sign of offline problems — now, teens’ online worlds mirror their offline lives.

Teens with strong offline social networks tend to reinforce and strengthen their relationships through online interactions, the review found. Rather than connecting with strangers, most adolescents use digital media to interact with friends and acquaintances already in their face-to-face social networks.

“The overlap between offline and online connections is so striking that viewing what happens online as somehow separate from teens ’real lives’ is a false distinction,” said George.

For adolescents struggling with existing relationships, though, more time spent online can predict declines in well-being.

“If parents have concerns about their teen’s face-to-face social interactions or activities, they probably have more reason to be concerned about online activities,” said George.

Parent-adolescent relationships online also appear to mirror offline relationships, the authors found. Although cellphone use may take away time spent with parents, if the existing relationship is strong, the new technology can allow more frequent, positive parent-child contact.

Bullying is one area where the digital age may be introducing new risks. Teens at risk for cyberbullying are the same ones at risk for traditional forms of victimization: nine out of 10 who reported being victimized online had also experienced traditional offline bullying, the researchers found. The pervasiveness of bullying in the online world and levels of distress among victims offer cause for concern, the authors note.

Parents’ fears about sleep loss are also well founded, the authors write. Four out of five adolescents report sleeping with their phone on or near their bed. Those who use their phones after lights out were twice as likely to report being tired the next day as those who did not. Experimental studies have also shown that the light emitted from screens interferes with the ability to fall asleep and the quality of sleep.

A number of areas need additional, more rigorous research, the authors said. These include the effects of media multitasking on cognitive and academic performance and the role individuals’ digital archives play in areas such as college admissions, employment, romantic partnerships and sense of self.

They also note that their review focuses only on adolescents and does not extend to the increasing amount of unsupervised device usage seen among younger children. Finally, many of the studies they reviewed relied solely upon self-reports by teenagers and their parents, which carry certain limitations.

“As the first generation of digital natives progress through young adulthood, we need to move beyond our fears and design studies that can test whether, how and for whom online worlds are creating new risks, presenting new opportunities, or both,” Odgers said.