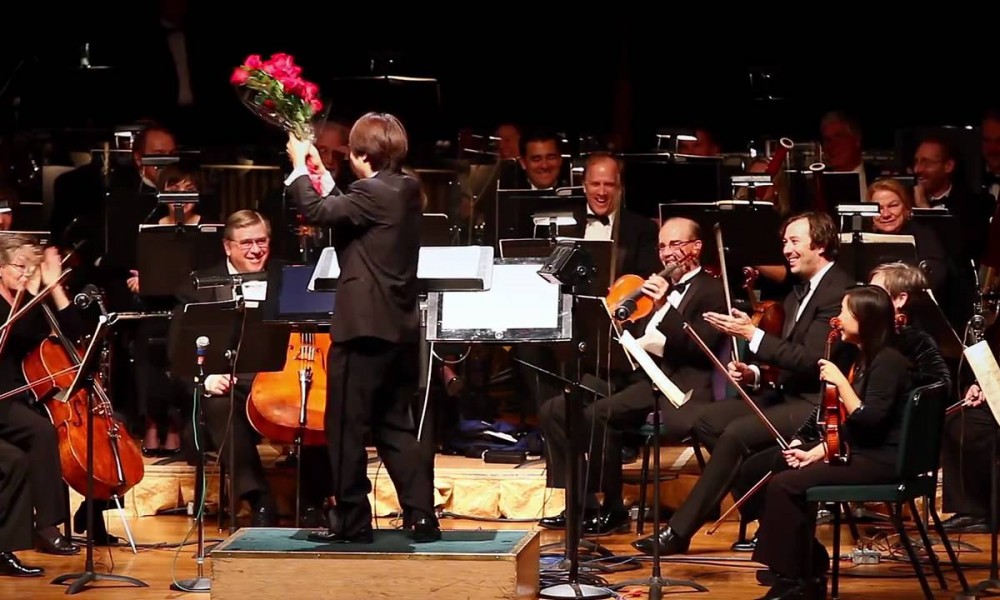 A monumental orchestral-choral masterpiece, the Mahler Symphony no. 8 will be performed at two O. C. Tanner Gift of Music concerts on Friday and Saturday, February 19 and 20, 2016 at 7 p.m. in the Salt Lake Tabernacle.

Composed by Gustav Mahler over a century ago in 1906, it was the last of the celebrated Austrian composer’s works to be premiered in his lifetime. Writing to a friend, Mahler said of this work, “All of my previous symphonies are merely the preludes to this one…[it] is a source of great joy.” The score of Symphony no. 8 calls for several hundred performers and over 500 singers and instrumentalists to be on stage in the upcoming Gift of Music concerts.

Speaking of his opportunity to conduct the combined forces of these organizations, Thierry Fischer, music director of the Utah Symphony said, “We are honored to be collaborating with the Mormon Tabernacle Choir and The Madeleine Choir School in Mahler’s 8th Symphony. Few communities have the resources to bring this monumental work to life. Thanks to the O.C. Tanner Gift of Music we do, and we are all incredibly fortunate.”

The Mahler Symphony No. 8 was performed once before for a Tanner Gift of Music concert in 2002 with Keith Lockhart leading the combined forces of the Choir and Symphony. The work is being reprised as part the Utah Symphony’s 75th Anniversary season whose repertoire includes the remainder of the symphonies in the Utah Symphony’s latest Mahler Symphony Cycle which began last season. The Utah Symphony has a grand tradition of performing all of Mahler’s symphonies in a cycle, begun under the leadership of Maurice Abravanel, continued by Keith Lockhart, and now furthered once more by Thierry Fischer. The Mormon Tabernacle Choir has joined the Utah Symphony on a number of Mahler performances over the years, the last of which was the Mahler Symphony no. 2 in November 2009. The Choristers of The Madeleine Choir School have likewise assisted on a number of Mahler performances over the years and are frequent collaborators with the Mormon Tabernacle Choir and the Utah Symphony.

The O.C. Tanner Gift of Music concert series began in 1983 following discussions between Obert C. Tanner and his friend and neighbor, LDS Church leader Gordon B. Hinckley. Obert and his wife Grace decided to endow a trust as a gift to the community that would present these two Utah musical icons, the Utah Symphony and the Mormon Tabernacle Choir, on an ongoing basis. The LDS Church has always generously hosted the concert on Temple Square and this year’s performances will be the 17th installment in this very successful series.