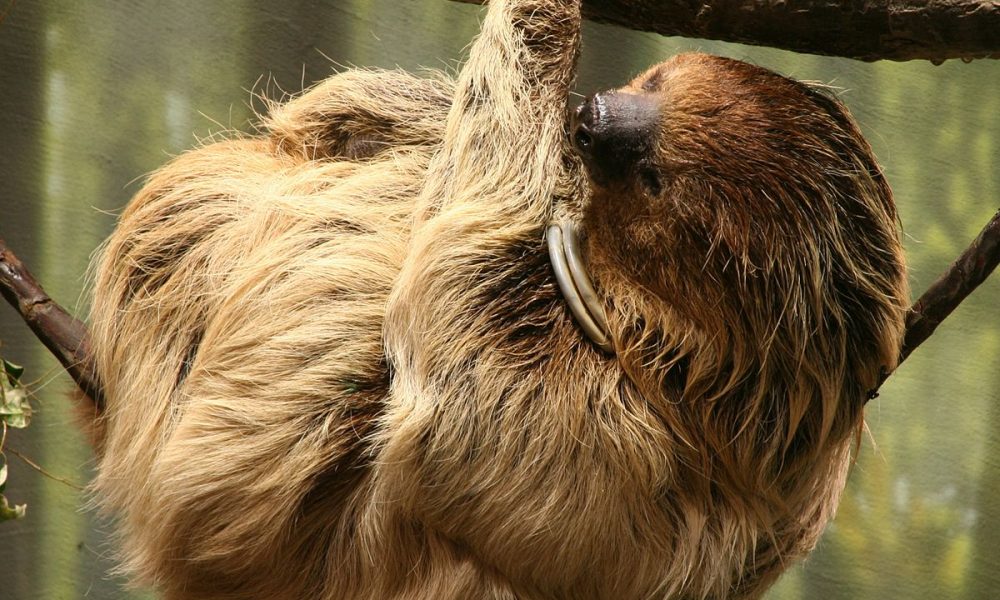 Loveland Living Planet Aquarium (LLPA) will soon be welcoming a pair of Linnaeus two-toed sloths into the family.

What started as a potential tragedy ended in true love when the male and female sloths found each other at a rescue/rehabilitation center. Their home was destroyed by deforestation in their native Guyana. After experts determined the sloths were non-releasable, they found a new home at the Aquarium.

“Having the sloths here is a great opportunity for the public to see them and learn about them. There’s more to sloths than just their slow movement,” said Scott Chambers, Curator of Mammals and Birds at the Aquarium.

Sloths are found in the tropical forests of Central America and northern South America. Two-toed sloths are nocturnal and sleep 15 to 18 hours a day. They eat mainly leaves and fruit. Due to their slow metabolism, defecation and urination usually only occur about once a week, and they can lose up to 30 percent of their body weight each time! And they do everything upside down – eating, sleeping, mating, and even giving birth.

Two-toed sloths live 10 to 15 years in the wild and can live over 30 years in captivity. The Aquarium’s pair is estimated to be about four years old.

Sloths have become wildly popular in recent years, as people are drawn to their relaxed and seemingly happy demeanor. Many zoos and aquariums throughout the US are on waiting lists, so Utahns very fortunate to welcome them to the Aquarium.

The sloths will be on display for the public to see beginning Friday, November 3. Their exhibit is in the main aviary in the Journey to South America Gallery. LLPA is home to 4,500 animals of 550 species.