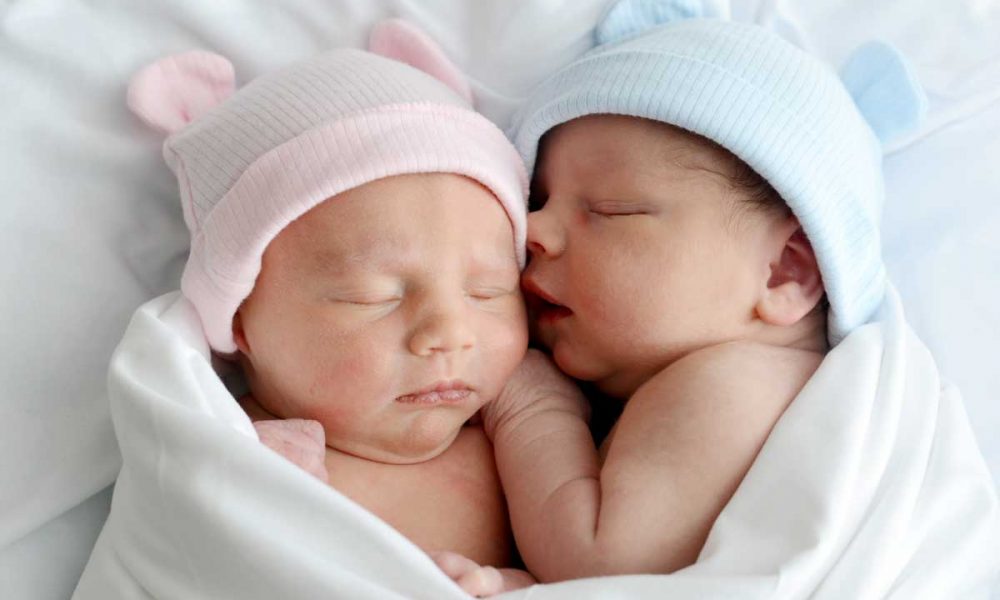 BabyCenter®, the #1 pregnancy and digital resource, yesterday released the results of its renowned Baby Names Survey and the much anticipated Top 100 Names of 2016. Jackson held on as the top boys’ name for the fourth year, and Sophia leads the girls for the seventh year in a row.

“We saw five new names break into our top 10 lists this year, though the top five names held steady,” said Linda Murray, BabyCenter Global Editor in Chief. “It’s rare to see so much movement in just 12 months. It’s a direct reflection of millennial parents’ enthusiasm for shaking up the status quo.”

Reflecting the varied interests and values of millennial moms and dads, STEM jargon emerged as a major name influencer, along with powerful women. In another twist, characters in horror series and flawed superheroes are propelling parents’ choices. “Millennials have grown up in tumultuous times, they see the world in its complexity, and they revere authenticity,” said Murray. “It’s no longer good versus evil—horror can be mixed with humor, and heroes can have flaws and struggles, too.” (See below for more detail on the top trends for 2016.)

The hottest baby name trends of 2016

A new source of baby name inspiration: popular TV horror series. They’ve given rise to Tyreese (up 48 percent since 2015), Hershel (up 37 percent), and Carol (up 18 percent) from The Walking Dead; Dustin (up 32 percent), Mike (up 28 percent), and Joyce (up 23 percent) from Stranger Things; and Iris from American Horror Story: Hotel (up 16 percent).

“Today’s parents grew up watching Scream and I Know What You Did Last Summer, and they’re not freaked out by horror—they relish it,” said Murray. “To them, scary series are like soap operas. They get emotionally attached to characters and root for them.”

Parents have been naming their little ones after the good guys since Superman® first donned his cape and leaped over tall buildings (hello, Clark and Kent). This year, though, parents are drawn to heroes with a darker, deeper side. Witness the rise in names such as Banner (up 48 percent) of Hulk fame; Harley (up 35 percent), after DC Comics’ Harley Quinn™; Scarlett (up 20 percent), after Johansson’s roles in The Avengers and Captain America; Tony (up 16 percent) from Iron Man; and Jessica (up 9 percent) of Marvel Comics’ Jessica Jones®.

“These are complex characters grappling with their humanity and their powers,” said Murray. “They appeal to moms and dads who are used to seeing the best and worst sides of people on social media and who appreciate an animated world that reflects their own. While they might seem dark, these name choices show that parents don’t see struggle as a negative; rather, it’s part of life.”

Rise of the Geek

This logged-in generation finds STEM inspiring, but maybe not in the way you’d expect. Parents are taking name ideas from the tech itself. The name Cloud is up 76 percent, Apple is up 32 percent, and Rocket is up 25 percent. Even virtual assistants—think Microsoft’s Cortana® (up 36 percent) and Amazon’s Dot™ (Alexa is up 10 percent)—are on parents’ minds. Brainiacs and Silicon Valley superstars had influence, too: Parents are naming their babies after Shantanu (up 46 percent), at Adobe; Elon (up 41 percent), at Tesla; and Dion (up 32 percent), at HP. They’re also drawing on the names of famous scientists: Darwin (up 57 percent), Newton (up 44 percent), and Edison (up 25 percent). The surge of Peter (up 74 percent for girls) and Suzanne (up 39 percent), both classic names, may be a tie-in to the top-rated Silicon Valley series.

Women in power are making an impact on new parents. The year’s top naming choices reflect of-the-moment female newsmakers and movers and shakers, all instantly recognizable by their first names alone: Hillary (up 64 percent), Ivanka (up 39 percent), Ellen (up 30 percent), Venus (up 26 percent), Amal (up 21 percent), and Elizabeth (up 8 percent). “We’ve been naming boys after titans of politics, sports, and business for thousands of years,” said Murray. “It’s refreshing to see the names of powerful modern women being chosen by new parents. Today’s parents want their daughters to be strong and successful.”

BabyCenter ‘s Top 100 Baby Names list is based on the names of more than 389,000 babies born in 2016 to moms registered on the BabyCenter website. The list combines names that sound the same but have different spellings, making it a true measure of baby name popularity. The website also conducts its Baby Names Survey each year, talking directly to new and expecting parents about their baby name decisions and diving deep into the psychology and trends surrounding baby naming.

For more information about BabyCenter’s Top 100 Baby Names of 2016, this year’s trends in baby naming, their baby names finder, and more, visit babycenter.com/top-baby–names-2016.htm.