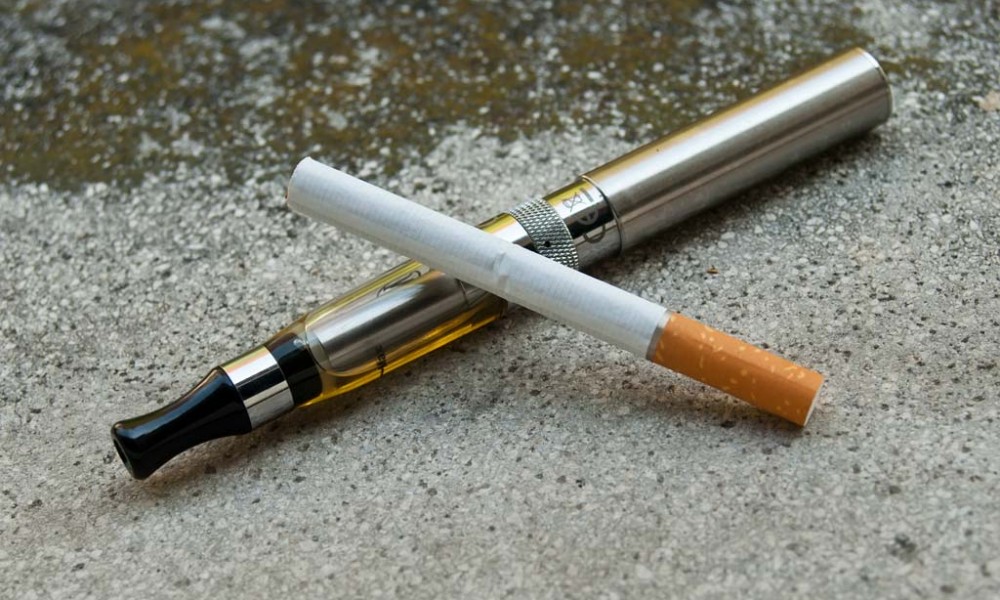 As e-cigarette usage among high school students continues to climb, a recent study from The Journal of the American Medical Association reveals an unsettling trend: that adolescent e-cigarette users are more likely than their non-vaping peers to initiate use of combustible tobacco products such as cigarettes, cigars and hookahs. The reason may lie in a common denominator between e-cigarettes and their combustible counterparts: nicotine.

While the study hints that more research is needed to determine if this association is merely casual, it’s important to note that while e-cigarettes don’t contain tobacco, the battery-powered devices do deliver nicotine in aerosol form.

“Nicotine’s addictive properties are a risk for any age group, but with adolescents, the stakes are even higher,” says Dr. K. Vendrell Rankin, director of Texas A&M University Baylor College of Dentistry’s Tobacco Treatment Services.

For teens, mental health as well as key emotional and cognitive systems are at stake.

“Major cognitive functions and attention performance are still in the process of developing during adolescence,” says Rankin, also a professor and associate chair in public health sciences at TAMBCD. “Nicotine increases the risk of developing psychiatric disorders and lasting cognitive impairment and is associated with disturbances in working memory and attention. Reliance on nicotine to manage negative emotions and situations impairs the development of coping skills.”

In addition to affecting the emotional and cognitive development of teens, nicotine is highly addictive. In fact, the younger a person is when they begin using nicotine, the more likely they are to become addicted and the stronger the addiction may become.

In addition to affecting the emotional and cognitive development of teens, nicotine is highly addictive. In fact, the younger a person is when they begin using nicotine, the more likely they are to become addicted and the stronger the addiction may become. According to the American Lung Association, of adults who smoke, 68 percent began smoking at age 18 or younger.

In other words, the younger users are when they try or start using nicotine, the more nicotine receptors they will have and the more they may struggle with nicotine cravings throughout  their lives.

“Everybody has a certain amount of nicotine receptors in the brain,” Rankin says. “When you start smoking, vaping or supplying nicotine to them, they multiply. If you stop smoking or vaping, the receptors don’t go away.”

Nicotine use very quickly escalates into addiction, even when dealing with tobacco-free, odorless “vaping” associated with e-cigarettes. That’s because nicotine in any form triggers the release of neurotransmitters such as adrenaline and dopamine, which dramatically impacts a number of body systems. Dopamine floods the brain, and nicotine cravings increase.

This includes spit, or smokeless tobacco, which in the past was promoted as a replacement to smoking. The result: The creation of a large group that began using spit tobacco as a smoking replacement but eventually became dual users.

“We are seeing the same phenomena with the e-cigarette,” says Rankin. To better understand the similar association between e-cigarettes and combustible tobacco product use among teens, Rankin says further research could be replicated on a national level, as the study published in The Journal of the American Medical Association focused on Los Angeles high school students.

E-cigarette companies currently advertise their products to a broad audience that includes 24 million youths, and proposed U.S. Food and Drug Administration regulations would not limit e-cigarette marketing. Bold marketing tactics, celebrity endorsements, endless flavor choices and a plethora of online videos instructing users on how to mix their own e-cigarette liquid, or “e-juice,” have only added fuel to the fire. There currently are no federal laws in place to restrict minors from purchasing e-cigarettes.

There is a glimmer of hope on the horizon. In April, the FDA released the details of a proposal to extend its tobacco authority to e-cigarettes, including minimum age and identification restrictions intended to prevent sales to minors. A final ruling is slated for summer 2015.

In the meantime, many Texas cities have set their own regulations and ordinances banning the sale of e-cigarettes to minors. Any e-cigarette regulation in Texas will have to occur city by city, Rankin says, since the state doesn’t have comprehensive smoke-free laws.

“I don’t think e-cigarettes are going to drop off,” Rankin says. “It’s the newest — or most popular — kid on the block right now.”