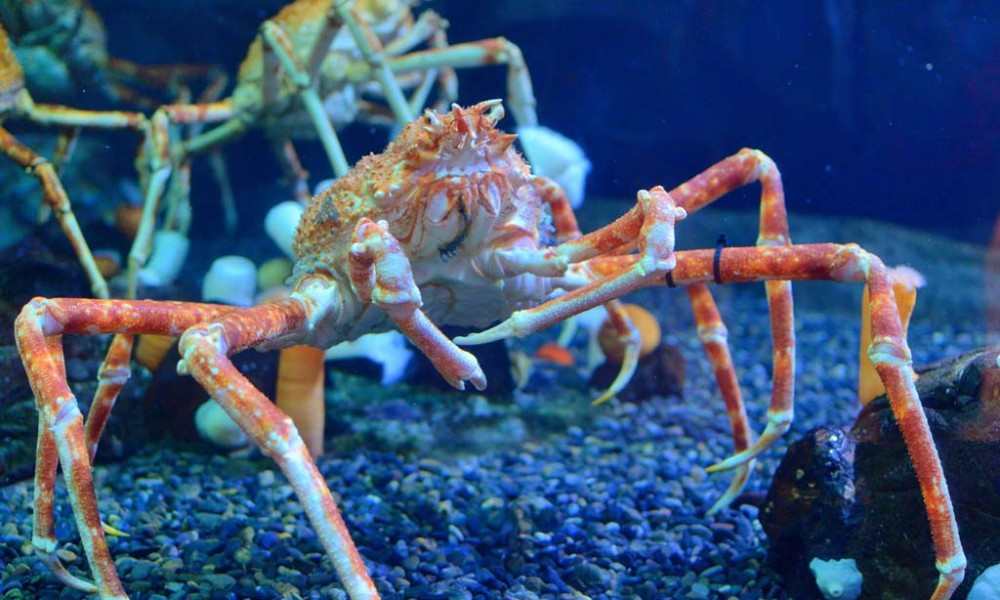 Little is known about the deep sea, or the mysterious creatures who call it home, but now a little more will be discovered thanks to a new exhibit at Loveland Living Plane Aquarium. There are dozens of new animals on display, including the Pacific hagfish, the Giant isopod, and the Japanese Spider Crab.

The deep sea is the lowest layer of the ocean. The average temperature there is 33-39°F. Fish and other bottom-dwelling animals have many adaptations to allow them to survive in this cold and dark environment. Some deep-sea animals find food thanks to a strong sense of smell. Others use bioluminescence to attract prey.

Japanese Spider Crabs are the largest crustacean in the world, growing to a leg span of over 13 feet!

Deep-sea animals are fascinating creatures. Hagfish are jawless, living fossils. They’ve remained virtually unchanged for around 300 million years. Giant isopods can go for years without eating due to their slow metabolism and high fat stores in their body. Japanese Spider Crabs are the largest crustacean in the world, growing to a leg span of over 13 feet!

Aquarium guests can also explore what it would be like in a deep sea submersible. Submersibles are used to study the ocean, recover equipment, and for underwater videography.

The Deep Sea Base is likely the only place guests will be able to see these animals up close. There are 75 animals of 13 species on display.

WHAT: New exhibit hall “Deep Sea Base 7” Grand Opening
WHEN: Wednesday November 25, 2015 9am to 10am
WHERE: Loveland Living Planet Aquarium, 12033 S. Lone Peak Parkway in Draper