Tips To Win the Veggie War at Every Age and Stage 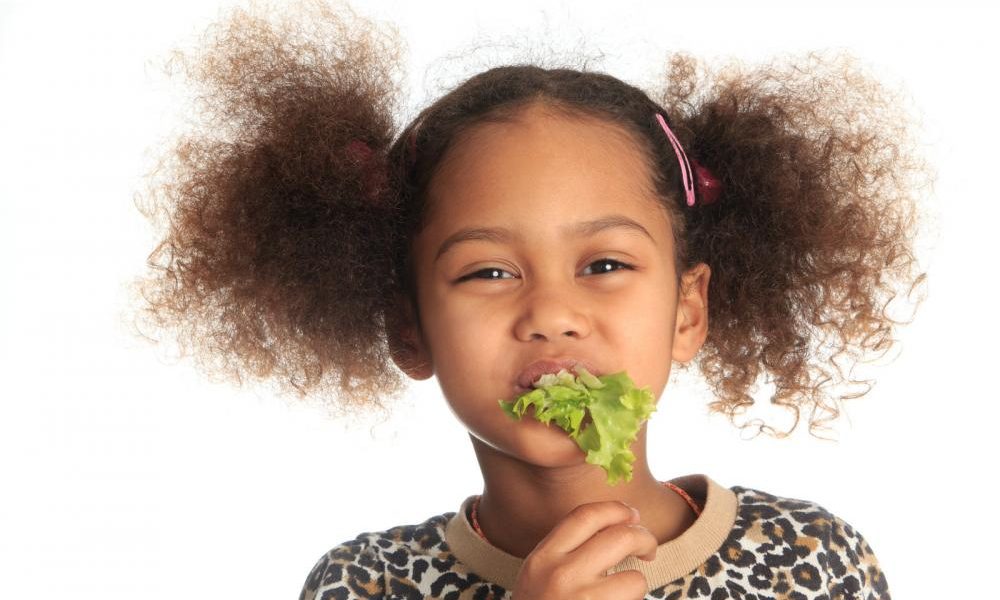 How to persuade children to eat more veggies.

Getting children to eat their vegetables might not be an endless battle if parents follow some research-based advice from a nutrition expert at Kansas State University:

It starts in the womb

Getting kids used to vegetables can start in the womb, said Richard Rosenkranz, associate professor of food, nutrition, dietetics and health.

Rosenkranz said research on pregnant rodents’ eating habits and their offspring’s taste preferences shows that children’s tastes start being shaped while they are still in the womb. Studies also show that pregnant women who eat more foods with bitter polyphenolics, such as kale and Brussel sprouts, have children who are more receptive to them when they try them for the first time.

“During pregnancy, an embryo and then a fetus is obtaining information about the outside world,” Rosenkranz said. “So, moms can set the stage for what their kids will want to eat before they’re even born.”

Infants can learn through repeated exposure and dietary variety. So Rosenkranz suggests focusing more on a child’s willingness to consume a food rather than relying on the facial expressions they give when eating it. For example, some infants may frown at bitter vegetables, but if they still swallow the food, their desire toward the food can be increased over time by continuing to serve it to them.

Babies as young as 6 months can detect what eating behaviors are normal and abnormal, Rosenkranz said. They react when their parents eat foods they don’t usually eat, and they take cues from parents as to what is and isn’t desirable.

“Babies start to think, ‘Why does he keep putting this stuff in front of me, but he never eats it?'” Rosenkranz said. “We’re being watched by our kids from very young ages.”

Rosenkranz suggests parents take advantage of watching eyes by eating vegetables similar to the ones they serve their babies and toddlers. He advises starting with sweeter vegetables like corn and carrots because people of all ages generally prefer sweeter foods. To develop toddlers’ growing tactile and fine motor skills, parents can chop carrots into bitesize pieces and encourage toddlers to pick up corn kernel by kernel.

Young school-aged children are more likely to eat veggies that are cut and arranged into smiley faces or animals than served plain in a bowl, according to Rosenkranz.

“If you cut fresh vegetables into fun shapes or use grape tomatoes for eyes, suddenly the kids are taking something healthy they never would have eaten and actually enjoying it,” Rosenkranz said.

He suggests involving children in cooking and food preparation as early as kindergarten and increasing their roles in the kitchen as they grow. Research shows a direct connection between food preparation and vegetable consumption, so if children can help prepare veggies in the kitchen, grow them in the garden or select them at the grocery store, they will likely eat more of them, Rosenkranz said.

As children’s autonomy increases, their ability to make decisions regarding food must increase as well, Rosenkranz said. Studies have shown that when those in authority communicate a standard of behavior to people and then allow those people to decide how they want to work on meeting that standard, they are more successful in achieving the goal. Rosenkranz said parents can apply this finding to vegetables and parenting by letting their children make more decisions about how to reach their vegetable goals, such as picking which vegetables the family purchases or how those vegetables are cooked.

“This way, we’re helping them cultivate their own healthy habits because it’s their independent decision,” Rosenkranz said.

As children get older, their vegetable consumption tends to decrease, with the lowest consumption found in teenagers. Rosenkranz said one way to increase teenagers’ vegetable consumption is to provide fully prepared vegetables in easy-to-access places. For example, parents could make sure a vegetable tray with dip is sitting on the counter when teens come home from school, or they could have a grab-and-go vegetable conspicuously placed in the refrigerator.

When teens become adults, what they may remember most, Rosenkranz said, is not what they were told to eat but what they saw their parents consume.

“If a parent wasn’t raised to eat healthfully, maybe something along the way got them on the right track, and they can raise their children to eat healthfully and start a better cycle,” Rosenkranz said. “A food choice is always about more than just this one meal, here and now. It’s part of a bigger picture.”