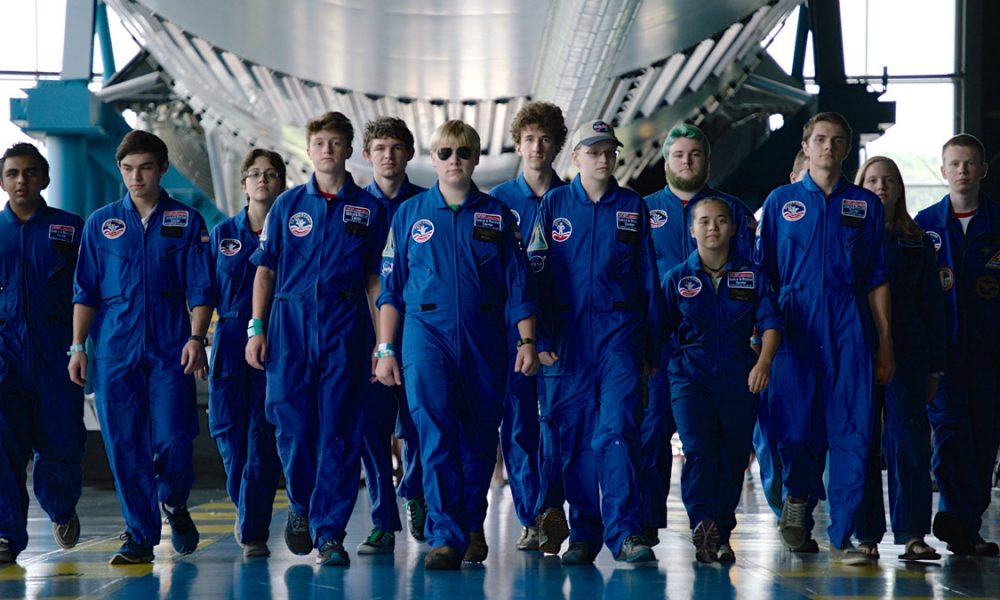 Utah Film Center has collaborated with Sundance Institute for the fourth year to program the “Kids” section of the 2017 Sundance Film Festival, being held in Park City, Salt Lake City, and at Sundance Mountain Resort January 19-29.

Continuing on the successes of past Sundance Film Festival Kids sections and Utah Film Center’s Tumbleweeds Film Festivals, Utah Film Center and Sundance Institute have once again joined forces to curate this category at the Festival that appeals to all generations. The collaboration between the two organizations continues their missions to foster a diverse community, both of filmmakers and audiences. This year’s section highlights three storytelling styles: documentary, stop-motion animated, and live action. For the first time, a film from this section will by the Salt Lake City Opening Night Film.

Patrick Hubley, Director of Programming for the Utah Film Center said, “Programming the Kids section for the Sundance Film Festival is one of the highlights of my year. This year’s program takes us from an adventure in the Australian outback, to the decades long quest to explore outer space, and finally to a humor-filled and heart-warming animated tale about children persevering in the face of hardship. The line-up features stories that are sure to engage, inspire and entertain both kids and adults alike.”

Trevor Groth, Director of Programming for the Sundance Film Festival, said, “From inspirational documentaries to beautiful animation and exciting live action, this year’s Kids showcases an excellent range of styles that will dazzle and delight.  We are thrilled to collaborate with the Utah Film Center once more to offer these independent films to audiences of all ages.”

My Life as a Zucchini
Directed by Claude Barras
70 min | 2016 | Switzerland, France
Recommended for ages 12+

After his mother’s death, Zucchini is befriended by a police officer, Raymond, who accompanies him to a foster home filled with other orphans his age. There, with the help of his newfound friends, Zucchini eventually learns to trust and love as he searches for a new family of his own. World Premiere (English Version)

When 11-year-old Mick is shipped off to his grandfather’s cattle station in Australia’s remote Pilbara, he prepares himself for a life of dull hardship but instead finds myth, adventure and a friendship with a scrappy, one-of-a-kind pup that will change his life forever. Cast: Levi Miller, Bryan Brown, Hanna Mangan-Lawrence, Thomas Cocquerel, Jason Isaacs. North American Premiere

Utah Film Center inspires and engages diverse audiences to initiate conversation and community building through curated film exhibition, educational programs, and artist support. We continually strives to bring our community together through the powerful and efficient medium of film.

Annually, Utah Film Center presents the Tumbleweeds Film Festival. Utah’s premiere film festival for children and youth and the only festival of its kind in the Intermountain West, Tumbleweeds is committed to presenting inspiring and engaging films with high production and storytelling values, specifically curated for a youth audience.

The Sundance Film Festival has introduced global audiences to some of the most groundbreaking films of the past three decades, including Boyhood, Beasts of the Southern Wild, Fruitvale Station, Whiplash, Brooklyn, Twenty Feet from Stardom, Life Itself, The Cove, The End of the Tour, Blackfish, Me and Earl and the Dying Girl, Super Size Me, Dope, Little Miss Sunshine, sex, lies, and videotape, Reservoir Dogs, Hedwig and the Angry Inch, An Inconvenient Truth, Precious and Napoleon Dynamite. The Festival is a program of the non-profit Sundance Institute®. 2017 Festival sponsors to date include: Presenting Sponsors – Acura, SundanceTV, Chase Sapphire®, and Canada Goose; Leadership Sponsors – Adobe, AT&T, DIRECTV, and YouTube; Sustaining Sponsors – American Airlines, Canon U.S.A., Inc., Francis Ford Coppola Winery, GEICO, Google VR, The Hollywood Reporter, IMDb, Jaunt, Kickstarter, Omnicom, Stella Artois® and the University of Utah Health. Sundance Institute recognizes critical support from the Utah Governor’s Office of Economic Development, and the State of Utah as Festival Host State. The support of these organizations helps offset the Festival’s costs and sustain the Institute’s year-round programs for independent artists. Look for the Official Sponsor seal at their venues at the Festival. sundance.org/festival

Founded in 1981 by Robert Redford, Sundance Institute is a nonprofit organization that provides and preserves the space for artists in film, theatre, and new media to create and thrive. The Institute’s signature Labs, granting, and mentorship programs, dedicated to developing new work, take place throughout the year in the U.S. and internationally. The Sundance Film Festival and other public programs connect audiences to artists in igniting new ideas, discovering original voices, and building a community dedicated to independent storytelling. Sundance Institute has supported such projects as Beasts of the Southern Wild, Fruitvale Station, Sin Nombre, The Invisible War, The Square, Dirty Wars, Spring Awakening, A Gentleman’s Guide to Love and Murder and Fun Home. Join Sundance Institute on Facebook, Instagram, Twitter and YouTube.