Utah Symphony To Perform Free Concert Of Beethoven’s Symphony No. 7 At Gallivan Center 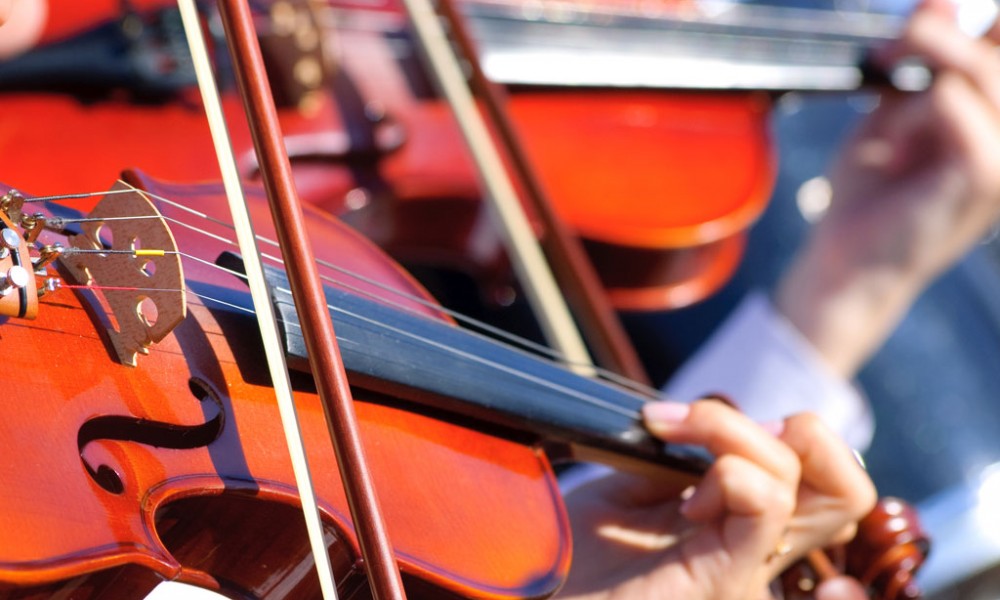 The Utah Symphony will begin its annual Summer Community Concert Series on Monday, June 22 at the Gallivan Center at 8 p.m. with a performance of Beethoven’s Symphony No. 7. The concert will be under the direction of Associate Conductor Vladimir Kulenovic and is free to the public. No tickets are required.

The concert is in appreciation of a gift from Salt Lake City RDA (Redevelopment Agency) for the Utah Opera Production Studios as part of their West Capitol Hill Projects. The Gallivan Center performance is the Utah Symphony’s first of six summer community concerts in outdoor venues throughout Salt Lake City and surrounding communities.

Beethoven began composing Symphony No. 7 in 1811 but would not present it alongside “Wellington’s Victory” until December 1813, when the end of the Napoleonic era was in sight. It is known as a spirited, jovial composition with each movement dominated by the very characteristic rhythmic pattern of its powerful central theme.

The second movement in Beethoven’s Symphony No. 7, “Allegretto”, is considered by many classical music lovers to be one of the most beautiful pieces of music written. It has been featured in countless movie scores, including “The King’s Speech”, “The Knowing”, and “Mr. Holland’s Opus”.

Following the completion of his post-graduate conducting studies at the Juilliard School, Vladimir Kulenovic was named Associate Conductor of Utah Symphony | Utah Opera in 2012, where his role has encompassed conducting educational outreach and community concerts, classical concerts at Abravanel Hall, as well as main stage and chamber concerts during the Deer Valley® Music Festival.

Mr. Kulenovic has served as Principal Conductor of the Kyoto International Music Festival in Japan, and recently took on the role of Resident Conductor of Serbia’s Belgrade Philharmonic Orchestra, and Music Director of Illinois’s Lake Forest Symphony. In 2015, Mr. Kulenovic was recognized by The Solti Foundation U.S. as their Solti Conducting Fellow.

Utah Symphony’s Summer Community Concert Series will continue on to Taylorsville Dayzz (June 25), Sundance Resort (June 26), Thanksgiving Point (July 1) and Snowbasin Resort (July 3). The series concludes with an outdoor concert featuring string trio Time for Three at Red Butte Garden on August 13, The collaboration with Red Butte Garden will be the first of many community arts collaborations as part of the Utah Symphony’s 75th anniversary season, which officially launches in September 2015.

Approximate performance time is 2 hours with one 20 minute intermission. The performance will take place rain or shine.