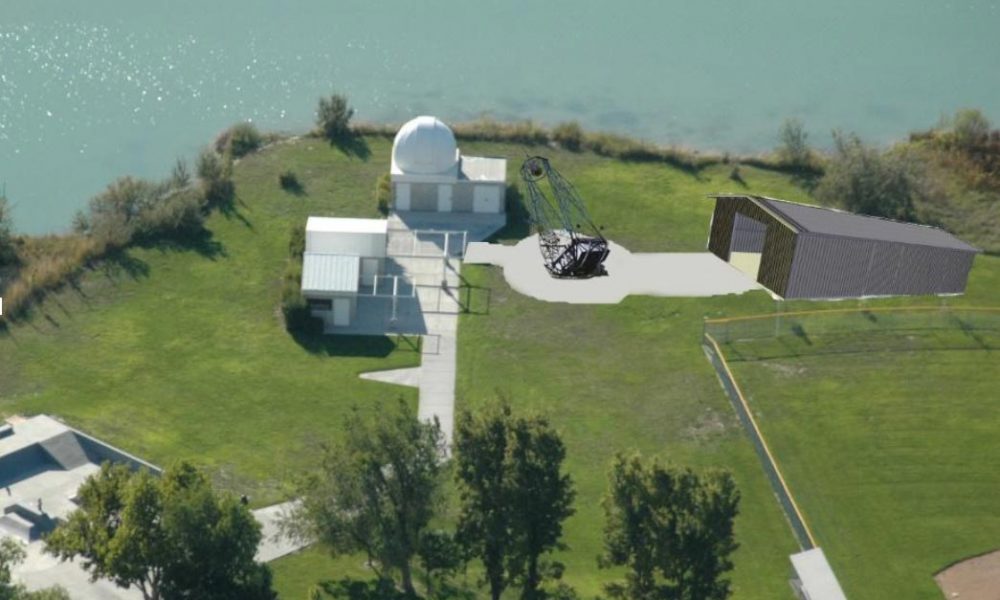 This weekend, the Salt Lake Astronomical Society will be breaking ground for the building that will house this planet’s largest amateur telescope, a behemoth with a mirror 70 inches in diameter and a frame 35 feet long. Built by Utah stargazer Mike Clements, the ‘scope utilizes a mirror originally designed for a spy satellite. A small manufacturing blemish prompted the government to sell it, and Clements was the buyer. He worked for years building the massive framework that holds the telescope’s other elements and allows it to steer across the heavens.

It is the fourth large telescope component of the group’s Stansbury Park Observatory Complex (SPOC), where public and private star parties are held throughout the observing season. The new structure will have poured concrete walls eight feet high, anchoring a steel building that rises above the walls. For use, the telescope will be rolled out of the housing and oriented on a concrete pad.

As far as anyone in the astronomical community has been able to learn, Clements’ is the biggest amateur telescope in use today. For the past year, SLAS members, donors and government officials have raised funds and drawn plans for the project.

Major contributors, members of the society, Clements and officials will break ground in the brief ceremony. Following that, construction work will begin, with a projected completion date of May 1. If all goes as scheduled, SLAS will hold a public grand opening on May 20 beginning at 4 p.m.

To reach the observatory from Salt Lake Valley, drive west on either I-15 or State Highway 201 and take Exit 99; then travel three miles south and turn right at the first stop light, which is an entrance to Stansbury Park. Signs direct visitors to the site, which is reached by turning left on the first street after the LDS Church building. SPOC is at the southwest corner of a park, to the right.