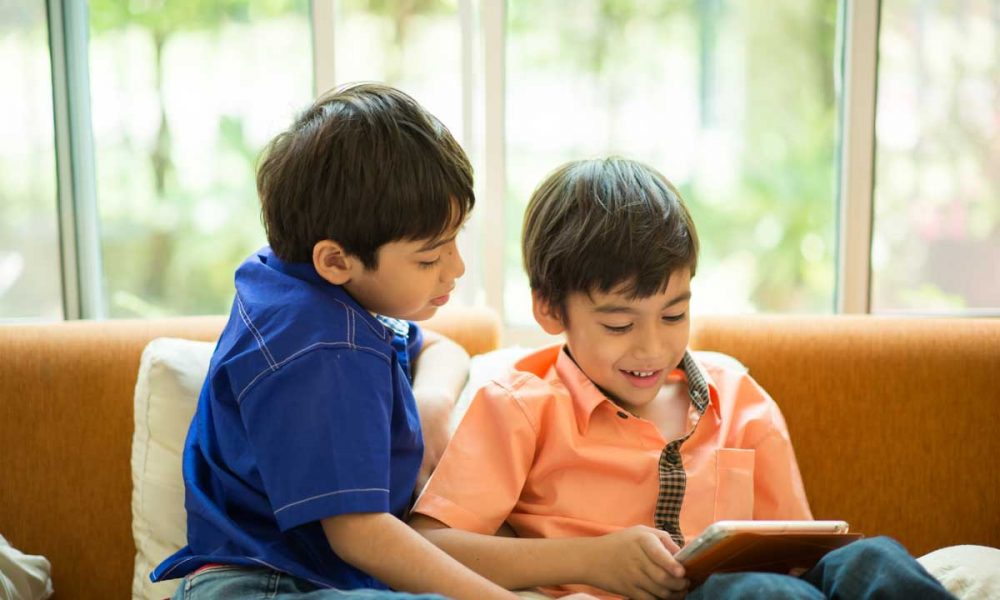 Virtual violence – violence experienced via media or realistic technologies – is an inescapable component of children’s lives, and research shows that without guidance or controls it has the power to make children more aggressive, violent and fearful.

The American Academy of Pediatrics (AAP) published a policy statement, “Virtual Violence,” in the August 2016 issue of Pediatrics, which reviews the evidence of how virtual violence impacts children, and offers guidance to parents, media producers and pediatricians. A related commentary published in the same issue expands on the impacts of social media, smart phones and apps like Instagram and YouTube on virtual violence and teens.

“The American Academy of Pediatrics continues to be concerned about the impact that virtual violence has on children, and we know that parents are also concerned, because it’s a question that pediatricians often receive during wellness exams,” said Dimitri Christakis, MD, FAAP, lead author of the policy statement. “Pediatricians can let parents know that there are ways to mitigate the impact of media violence, by co-viewing games and movies with their kids, making a media plan for their family and protecting children under age 6 from all violent media.”

Media violence is very common. In the year 2000, every G-rated movie contained violence, as did 60 percent of prime-time television shows, according to a study published in JAMA. A comprehensive assessment of screen violence in 1998 estimated that by middle school a typical child would have seen 8,000 murders and 100,000 other acts of violence, including rape and assault. Today, children experience screen violence through an even greater number of devices and platforms.

“With the advent of smart phones and aps like Snapchat and Instagram, children can capture, view and share violent acts in ways that are new to millennials and centennials,” said Rhea Boyd, MD, FAAP, a member of the Executive Committee of the AAP Council on Communications and Media and lead author of the Pediatrics commentary, “The Evolution of Virtual Violence: How Mobile Screens Provide Windows to Real Violence.”

“Nearly three out of four teenagers have access to a smart phone, and exposure to real-world violence via these devices, often without parental knowledge or control, can create feelings of distress, victimization and even fear,” Dr. Boyd said.

In the Pediatrics commentary, Dr. Boyd and her co-author, Wendy Sue Swanson, MD, MBE, argue that portable smartphone cameras can expose young people to real-world violence, which is fundamentally different than the simulated violence depicted in traditional media sources, like television, movies, or video games. This access to real-world violence can result in complex emotions and behaviors in youth that may vary based on the family, community, or cultural group with whom youth identify and process acts of violence. For example, a teenager viewing a video of police violence may be distressed by the images but also moved to social action.

While hundreds of studies have found violent media can raise aggression in children, research has also shown that exposing children to prosocial media content can decrease aggression and improve overall behavior.