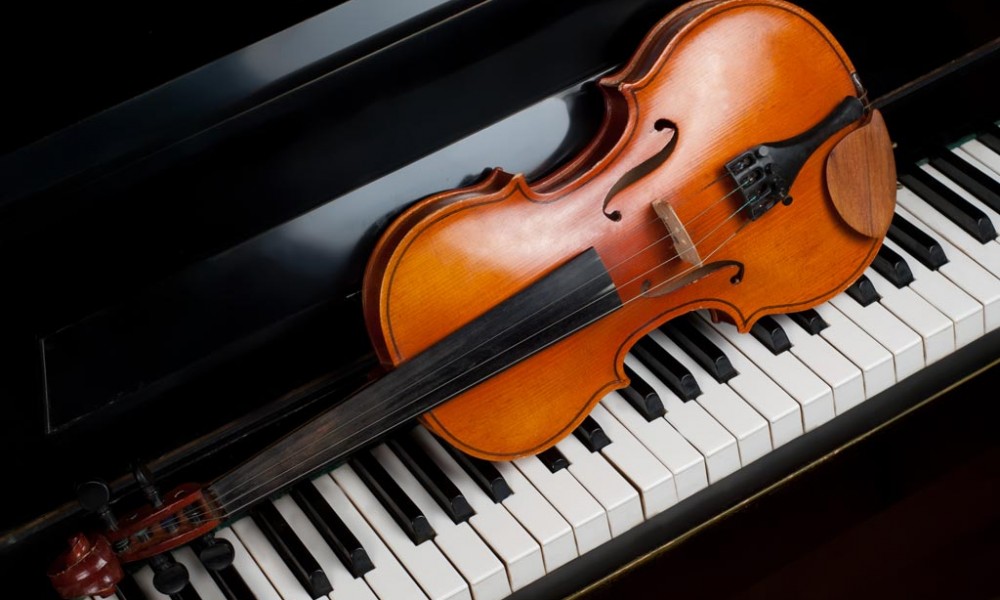 Associate Conductor Rei Hotoda leads the Utah Symphony and 13 special youth musicians in the 56th Annual Salute to Youth concert on Tuesday, September 22 at 7 PM at Abravanel Hall. Tickets, priced from $6 to $18, are available for purchase through www.utahsymphony.org or by calling (801) 355-2787.

Sponsored by Deseret News, Salute to Youth is an annual tradition that dates back to the days of Maestro Maurice Abravanel. Out of 41 students in the final auditions, only 13 soloists were selected.

This concert also marks the first performance on the Abravanel Hall stage for Ms. Hotoda, who began her new role as associate conductor of Utah Symphony this month.

Hannah Jean Baker,12, began playing the piano when she was 4. She studies piano with Dr. Irene Peery-Fox. Hannah frequently performs around the country and has performed in Abravanel Hall in Salt Lake City, Benaroya Hall in Seattle, at the Congressional Club in Washington DC, at the Washington DC Temple Festival of Lights, and was a recent guest soloist on the Utah Stars and Friends Show. She won a Gold Medal in the INPASS Hymn Competition-Elementary Piano Division and a Bronze Medal in the Ensemble Division in April 2012. Hannah enjoys attending school at South Davis Junior High, performing with her family, reading, singing, dancing and playing tennis.

Trenton H. Chang, 17, was born in Minneapolis, Minnesota. His parents are originally from Taiwan, R.O.C. Trenton began piano lessons when he was 5 years old. Currently, he studies with Gary Amano. He has won numerous competitions, including the UMTA Concerto Competition, the MTNA Performance Competition, and the Utah Symphony Youth Guild auditions. Trenton has also been a frequent winner at the Utah State University Piano Festival. He has soloed twice with the Utah Symphony, including his orchestral debut in 2009, and also has performed with the Utah Chamber Artists in 2010. He was featured on NPR’s “From the Top” and has been awarded the Chopin Foundation of the U.S. Scholarship twice. Trenton also performs frequently around Logan. He is a senior at Logan High School. Aside from the piano, he was the champion of the statewide Academic Olympiad. He is the president of the Logan High Debate team and the chief editor of the school newspaper.

Alexander Cheng, 14, was born in Sandy, Utah and began studying piano at age 7. He has studied with Professor Gary Amano and Luke Hancock at Utah State University. Some of Alex’s honors and awards include top prizes at the Utah State University Piano Festival, UMTA Concerto Competition, Utah Symphony Salute to Youth Auditions, as well as the Utah Symphony Youth Guild Competition. In addition, he has won first in the MTNA Utah Division Competition and was awarded alternate during the MTNA Southwest Regional Competition. At age 12, Alex made his solo debut with the Utah Symphony, performing Mendelssohn’s Concerto No. 1 in G minor under Maestro Vladimir Kulenovic. He also performed at various events, such as TEDxSandy, and enjoys helping seniors by regularly performing at local assisted living centers. Alex plays competitive soccer at the Premier 1 level, and loves math and science. He currently attends Hillcrest High School as a freshman.

Sally Drutman, 20, is currently studying vocal performance with Michael Chipman at Westminster College in Salt Lake City. In March 2015, she won first place in the lower college classical division of NATS Northern Utah. She has had the opportunity to sing with the Westminster Chamber Singers in Scotland, England, and France, with the Honors Performance Series at Carnegie Hall, as well as with the Oregon Ambassadors of Music across Europe. As an aspiring opera singer, she has performed as Robin (Godspell), Iris (Semele), Zerlina (Don Giovanni), Chorus (The Light in the Piazza), Ado Annie Carnes (Oklahoma!), and Aunt March (Little Women), and soon will be playing Alice Ford (The Merry Wives of Windsor) at Westminster College.

Ashley Fleming, 18, began flute at age 5. In high school, Ashley was the flute section leader in Wind Symphony, principal flute in Full Orchestra and Utah Youth Symphony, and was a state finalist for Instrumental Sterling Scholar. Ashley represented the Southwestern Region as a finalist at the National MTNA competition twice, placing 2nd in 2011. She also took second in the 2014 UMTA Concerto Competition and won Bountiful’s Got Talent in June 2014. In 2012 Ashley performed in the Evening of Young Artists and in flute ensembles at the NFA and SAA Conventions, and won the Utah Winds Symphony Concerto Competition. Ashley studies with Nancy Toone and has worked with Jeannie Baxtresser, Jim Walker, Linda Chesis, Tadeu Coehlo, Christina Jennings, and April Clayton, among others. Following an LDS mission in Montreal, Canada, Ashley will major in music at BYU. She enjoys hiking, pool, and being with friends and family.

Soonyoung James Kwon, 12, is a full scholarship student at the Gifted Music School in Salt Lake City. Soonyoung started his violin training at age 6 with Wan Liu and currently studies under Dr. Elizabeth Wallace. He was selected to perform on the 2013 National Federation of Music Clubs Honors Recital and he played in the 2015 Youth Guild Recital. Soonyoung was awarded top prize at the 2012 State Science Fair and got Academic Awards in his whole elementary career. He is a high honor roll student in the Gifted and Talented program at Wasatch Jr. High School. Soonyoung enjoys math and science at school and he is an avid reader. In his spare time, he likes to swim, ski, and play video games.

Madison Marshall, 16, currently studies with Dr. David Dalton. She is a full scholarship student at the Gifted Music School. Recently, Madison soloed with the Orchestra of Southern Utah, performed on the Utah Symphony Youth Guild Recital, studied for the summer at the Meadowmount School of Music in New York and performed in a masterclass for Roberto Diaz. Madison is an avid reader, American history fanatic and an award-winning writer.

Mischael Ann Staples, 17, from Provo, is a senior at Timpview High School and is principal harpist for Timpview’s Philharmonic Orchestra and Utah Valley Youth Philharmonic where she has performed as a soloist on many occasions. She won both orchestra’s concerto competitions this year giving her the wonderful opportunity to solo with them. Mischael won Timpanogos Symphony Orchestra’s Aspiring Musician Competition 2015 and Oquirrh Mountain Symphony’s Concerto Competition in 2014 and 2015. Mischael was awarded an Honorable Mention in the Utah Symphony’s Salute to Youth Competition in 2013. Mischael has consistently received the highest ratings, Superior Gold, and awards for being the highest scoring harpist in her divisions at the American Harp Society-Utah Chapter Festivals. Mischael has played the harp for most of her life and studies harp with her mother, Julie Mitton-Staples. Mischael’s favorite other hobbies include singing, photography, baking, and spending time with her family and friends!

McCall Andersen, 14, a violin student of Eugene Watanabe, has been a member of the Gifted Music School since its beginning in 2009. She is a 2015 Youth Guild and UMTA Concerto Competition winner. She is from Brigham City where she attends Box Elder Middle School.

Erika Hubbard, 15, has played the violin since age 4, and currently studies with Eugene Watanabe. She is a member of the Gifted Music School in Salt Lake. When she is not practicing piano or violin, Erika loves to travel, cook and play on the Logan High soccer team.

Will Yavornitzky, 18, is a violin student of Eugene Watanabe and attends the Gifted Music School. He has been a first prize winner of the Utah Symphony Youth Guild Recital and ASTA Stringfest competitions.