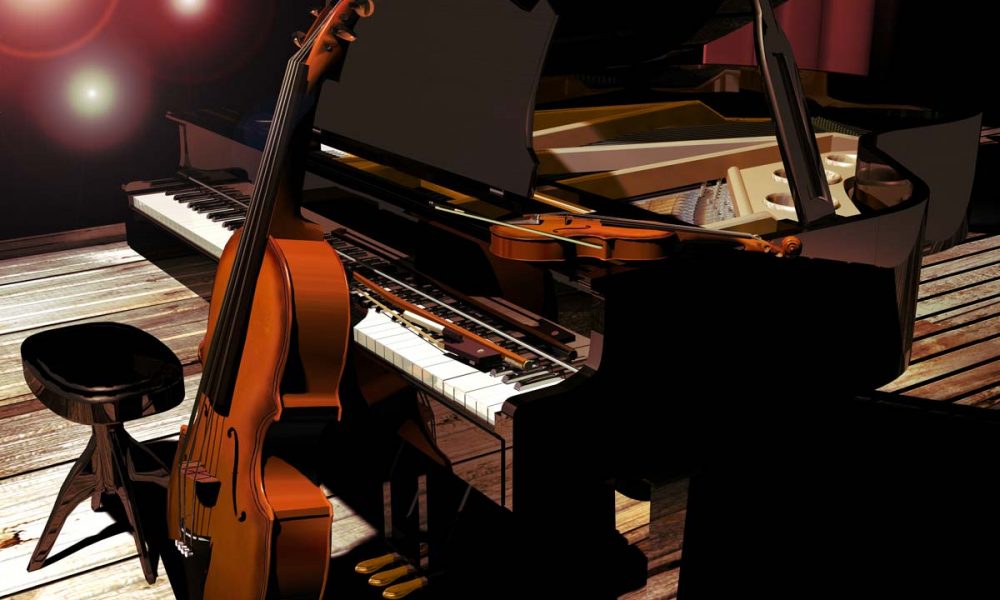 On September 27, 2016 at 7 pm, nine exceptional youth musicians from Utah will join the Utah Symphony in Abravanel Hall to perform in the 57th Annual Salute to Youth concert, led by Associate Conductor Rei Hotoda. All seats are $12 and can be purchased at www.utahsymphony.org or by calling (801) 533-6683.

The Salute to Youth concert, sponsored by Deseret News, is an annual Utah Symphony tradition dating back to the days of former Music Director Maurice Abravanel. The audition process consisted of a preliminary round, which required submission of an audio recording and application. The final live auditions were judged by Utah Symphony Associate Conductor Rei Hotoda, Associate Concertmaster Kathryn Eberle, Cellist Andrew Larson, and Horn Player Stephen Proser. Out of 36 students in the final round, nine musicians were selected to perform at the 57th annual Salute to Youth concert.

This 2016-17 season will also include a special Halloween pirate-themed concert, The Messiah Sing-In, Celtic Woman: “Home for Christmas,” “Pokémon: Symphonic Evolutions,” and Pink Martini with the Utah Symphony.

Bree Fotheringham, 18, is a freshman at the Colburn Conservatory of Music, where she studies with Robert Lipsett. Bree soloed with the American Fork Symphony in 2013 and was a top prize winner in both the 2013 and 2016 International Stradivarius Competitions—Utah division.  She was the senior division winner of the 2014 and 2015 Utah Symphony Youth Guild competitions and 1st place winner of the 2015 Utah ASTA state solo competition.  Bree has had masterclasses and performed with various artists, including Joseph Silverstein, Andres Cardenes, Leon Fleisher, Jason Vieaux, Arnold Steinhardt and Roberto Diaz.  She was a full scholarship recipient at the Gifted Music School for five years and has been featured several times on KBYU-FM.  Her past teachers include Eugene Watanabe, Karen Child, Dr. Shi-Hwa Wang, and Anna Mitton. Bree is from Layton, UT and currently lives in Los Angeles. In her spare time, she enjoys reading, arranging music, and traveling.

Makenzie Ann Hart, 13, studies violin with Eugene Watanabe. Makenzie is in eighth grade at Evergreen Junior High. Two years ago she was featured as a solo violinist during the General Women’s Meeting of the Church of Jesus Christ of Latter-day Saints. She was  seen by millions around the world on television playing her violin. Makenzie has soloed numerous times on Temple Square in the Families Making Music series, First Night Celebration, and Concert in the Park summer series. She performed this year on the Utah Symphony Youth Guild Recital. She is a member of the Gifted Music School in Salt Lake City on full scholarship. Makenzie was selected as a finalist in the 2016 Utah Stradivarius Competition. Makenzie’s dream is to study at a music conservatory. She loves to travel and has performed in places as far away as India and Brazil. She lives in Salt Lake City with her parents and four siblings.

Ellen Hayashi, 13, has played violin since age 6, studying with Sachiko Endo, Deborah Moench, and Eugene Watanabe. Ellen is a full-scholarship student in The Gifted Music School Conservatory. Since 2014, Ellen has been selected for the Suzuki Youth Orchestra of the Americas and won her divisions of the Oquirrh Mountain Symphony Concerto Competition and the UMTA Concerto Competition (twice). This year, Ellen performed in the Utah Symphony Youth Guild Recital, was a semi-finalist in the Utah Division of the Stradivarius International Violin Competition, and performed in masterclasses with Arnold Steinhardt and Stefan Jackiw. Ellen is in 8th grade at the American International School of Utah, where she serves as concertmaster of the Symphony. When not playing violin, she likes being with friends, riding horses, doing art, and snuggling with her dog Treble. Ellen is the daughter of Kristen Keefe and Herbert Hayashi and lives in Salt Lake City.

Amanda Hofheins, 17, lives in Pleasant Grove and is attending Utah Valley University.  She is privileged to study with Utah Symphony cellist John Eckstein.  This summer Amanda attended the Music in the Mountains Conservatory in Colorado. She also attended Meadowmount School of Music in the summer of 2015. Amanda has soloed with orchestras including the American Fork Symphony, the Utah Valley Symphony, and the Utah Philharmonic Orchestra. She is currently a member of the Lyceum Philharmonic Orchestra under the direction of Kayson Brown. Whether Amanda is playing Ultimate Frisbee, mountain biking, or performing on her cello, she always strives to bring out the best in herself and in others. One of her greatest desires is to share beauty with the world through music.

Matthew Nielson, 16, was born loving music. Whether it is practicing the piano or playing the viola, Matthew is most in his element when he is surrounded by good music. Among his favorite composers are Stravinsky, Ravel, Prokofiev, Chopin and Grieg. Matthew has earned 1st prize in the Sandy MTA Young Artists Competition, the Salt Lake Piano Competition and the USU Piano Festival. In March of this year he was chosen to play in the Utah Symphony Youth Guild Recital. Matthew is a former member of the Salt Lake Children’s Choir and the Young Chamber Orchestra. He enjoys skiing, reading, composing and teaching six piano students of his own. Matthew is a student of Bridget Johansen and Gary Amano

Megan Tandar, 10, is a full scholarship student at the Gifted Music School and a piano student of Dr. Vera Oussetskaia-Watanabe. She also studies chamber music and piano literature with Dr. Koji Atwood with whom she has worked extensively for the past four years. An accomplished performer, she regularly performs in recitals, recently with Roberto Diaz, and participates in masterclasses including with Dr. Arthur Houle. In 2016, Megan performed in the Utah Symphony Youth Guild Recital. She previously worked with Ms. Joanna Oshida. A strong academic student, Megan has completed 5th grade in the ELP program at Hawthorne Elementary, where she was the 2nd place winner in the Spelling and Geography Bees, and a finalist at the school’s Science Fair for the past three years. When she is not practicing, you will find her nose in a book or building Legos®.

Olivia Torgersen, 17, started taking percussion lessons from her grandfather, Dr. Dennis Griffin, six years ago. She is a senior at Lone Peak High School and currently resides in Highland. In 2014 she took first place in keyboard percussion and timpani at Utah’s Day of Percussion, as well as receiving superior ratings at the state level with her timpani solo. She currently stands as section leader in the Lone Peak Wind Symphony and participates in the Lone Peak Percussion Ensembles as well, both of which got superior ratings at the state level this past year. Olivia is also a member of the Lyceum Philharmonic Orchestra and performed in the 2016 Lyceum Concerto night as a soloist. In addition to competing with percussion, Olivia also competes on piano and loves to read, play basketball, and spend time with friends and family.

Monet Wilson, 14, began playing the harp when she was 3 years old. She fell in love with her little black harp, and now after 10 years, her harp is bigger and so is her love for this instrument. She studies with Mikell DeMille, in her hometown of Farmington. She won first place in the American Harp Society National Competition in 2015 and third place in 2013. Monet is a 9th grader at Farmington Junior High where she has enjoyed participating in: orchestra, student government and dance company. When she has free time, she can usually be found drawing or painting. She also enjoys theater, singing and piano, but harp is her first love. Monet wishes to thank her parents, grandparents and teachers for the undying support and sacrifice that has helped her to continually improve her talents and find joy in life.

Kana Yoshigi, 17, is a full scholarship student at the Gifted Music School and a senior at Olympus High School. She studies piano with Dr. Vera Oussetskaia-Watanabe. An accomplished individual, she has soloed with Utah Symphony twice at the annual Salute to Youth Concerts conducted by Music Director Maestro Thierry Fisher and Maestro Vladimir Kulenovic. Kana has performed under the baton of Leon Fleisher at the annual Gifted Music School Spring Gala Concert. She was chosen as a winner of the Beverley Sorenson Foundation Piano Competition and performed with the Utah Chamber Artists Orchestra conducted by Dr. Barlow Bradford in 2014. She was also chosen as one of the seven semi-finalists at the 2013 Yamaha International Junior Piano Competition and has performed at Weill Recital hall of Carnegie Hall. She was selected as a winner of the 2015 Utah Symphony Youth Guild Audition. Kana performed in the 2015 All-Star Evening Concert with Shenae Anderson. She belongs to a quartet that performed in the Quarterfinals of the prestigious Fischoff Competition.