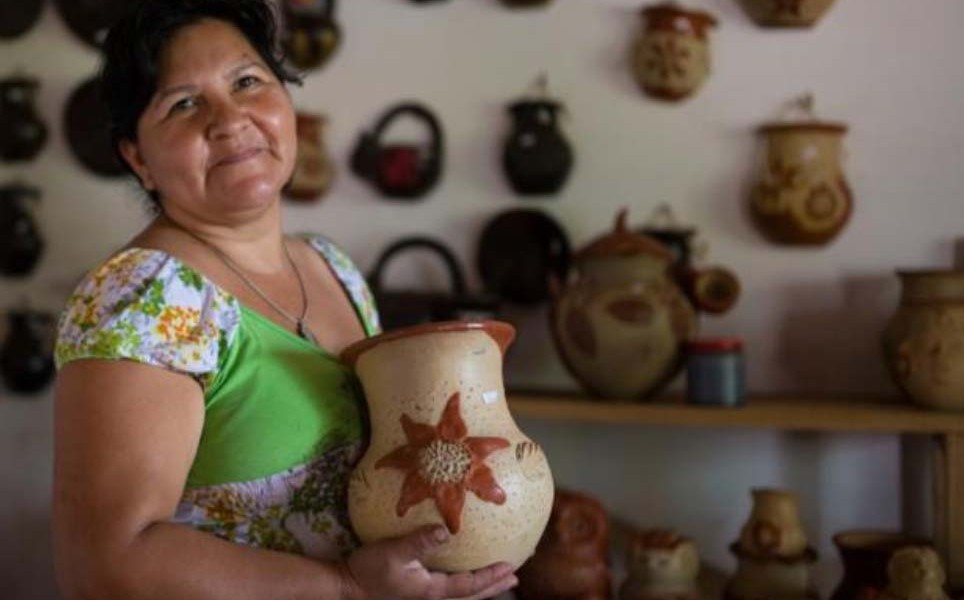 Get ready to hear a lot about women. March 8 is International Women’s Day (not to mention March being Women’s History Month), and we guarantee that you’ll be seeing—and sharing— inspirational stories and motivational quotes everywhere. But here’s something easy you can actually do.

One Week… One Million Dollars… One Woman at a Time

Kiva.org/Her, which crowd-funds loans to help women build small businesses and lift their families out of poverty, has issued a challenge: Can we raise one million dollars in one week to support women around the world? If that sounds like a big goal, don’t worry. You don’t have to be Bill Gates to play. The idea behind crowdfunding is that if we each chip in what we can—and it can be as little as 25 bucks, or the cost of a date-night at the movies—it adds up fast. Think Kickstarter that changes lives. (And by the way, Kiva’s been in the crowd-funding game for years longer than Kickstarter).

OK, tell me some stories 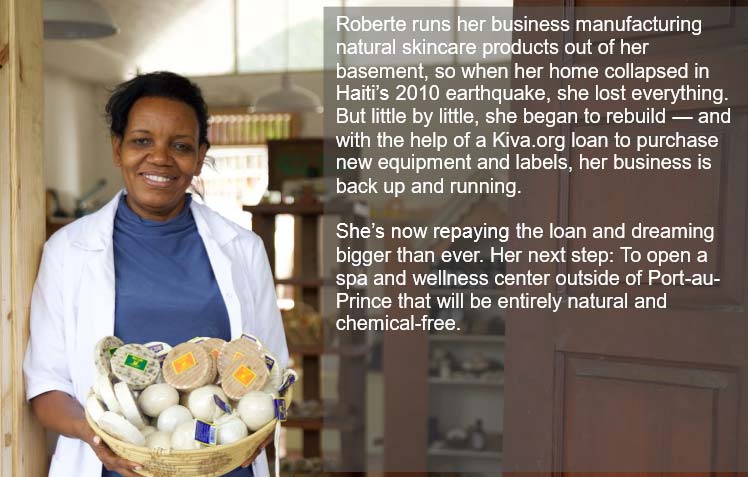 Myrian (pictured at top) is a working mom in Paraguay who, like all of us, is trying to balance work and family, and worries about having enough money to put her kids through school.

When her kids were young, Myrian felt that her employers were constantly asking her to put their needs before her children. She took out her first loan with the hope of starting her own ceramics business — following both a lifelong passion for pottery and her dream of working from home, with her children.

She bought materials like clay and wood, and eventually was able to build a small kiln in her yard. When she noticed other women artisans facing the same struggles, she and a group of women took out a Kiva loan that now supports all their businesses. They share a workshop and retail space where they can sell their work. They support each other when times get tough.

Today, Myrian has a son in high school, a son in university, a daughter in nursing school and another daughter starting university soon.

Myrian never attended high school, but her business “gives me the opportunity to send my kids to college,” she says. “Kiva is offering up a helping hand to many mothers, those of us that want to succeed and live a dignified life and give our children the very best.”

So what can I do?

In celebration of International Women’s Day, here’s a date-night idea for this week: Instead of spending that $25 on movie tickets, kick in for Kiva’s One Million in One Week campaign. Then throw a bag of popcorn in the microwave, snuggle under a cozy blanket, and turn on a Netflix— knowing you’ve helped a woman like Roberte build a business, support her kids and achieve her dreams.

Still not sure? Here’s the best part. Your $25 is a loan, not a donation like at most nonprofits. Since 98% of Kiva loans get paid back, chances are you’ll still get another shot at that movie date later this year! Although odds are that once you’ve experienced what it’s like to change someone’s life, you’ll want to relend that 25 bucks to support a new loan and keep the cycle going. But for now, take a rain check on the movie date and join Kiva.org/Her in doing something awesome for someone else this International Women’s Day.