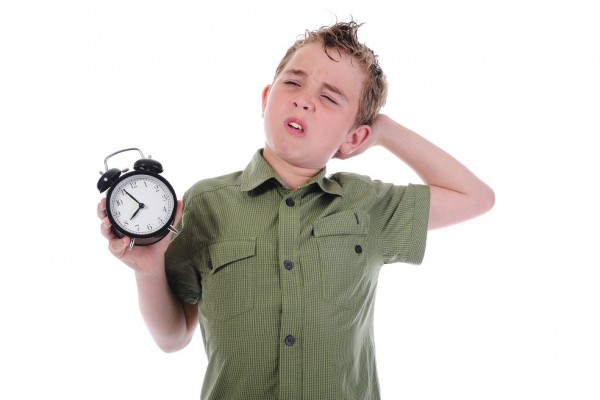 There is no good way to wake up a ten year old who is not a morning person.

It is sometimes difficult for me to initially get up in the morning. But generally when I’m awake, I am pretty jovial.

Jadden, on the other hand, is difficult to wake in the first place. I have tried singing “Rise and Shine” in my most operatic voice. He told our family therapist that this annoys him and that he prefers a more low key approach. I offered water in the face and he said that wouldn’t make him happy either.

So I changed my tactic. I started coming in and quietly turning on the light, saying, “Jadden, sweetie. Time to wake up.” And then going about my morning business. I returned five minutes later to see that my friendly and low-key morning approach had not even rattled his slumber. I had to be much more forceful to get him moving.

Once he is up and out of bed—well, that’s a whole different matter. It might be better if he had never gotten up at all. He is, to use an analogy, a shorter, less scaly version of Godzilla.

This morning, he told me that I woke him up in the middle of the best part of his dream. I apologized. He continued by saying that I always wake him up in the middle of the good parts of his dreams. I suggested that he relocate the good parts of dreams to somewhere earlier than 7:00 am. He didn’t appreciate my suggestion and retorted, “That’s impossible.” I even asked what he was dreaming about, to try to take his mind off the pain of waking. He said, “Definitely not about you.” I tucked my tail between my legs and resumed my morning routine.

This is not the only incident. Jadden has been known to slam dresser drawers and doors. He is furious when I make him shower even though this is a daily routine. I have even suggested an earlier bedtime. But I think he gets plenty of sleep and that’s not the issue.

I’ve often wondered if I was similarly a beast to get up in the morning, when I was ten years old. I planned to ask my mom, as she was most likely the person to wake me up every day. My mom recently passed away, and I didn’t get the opportunity to ask her. I do remember yelling from the peace of my bed, “Just give me five more minutes.” Sometimes five minutes turned into ten or fifteen until my mom had to get serious. I knew when my mom meant business and there would be no more snoozing.

Because waking up will be an inevitable part of life, perhaps I should ask Jadden how he prefers to be awakened. Maybe an alarm clock that plays music—he is a very musical person. Sometimes, it’s the very act of being told what to do and not feeling collaborated with that sends young people over the edge.

Again, this is a lesson that I fail to translate from my profession to my life as a parent. Kids love to have choices and often are more engaged when they have some say over their lives. Why does it take me the longest and most painful route to figure out a solution that I probably should have landed on, given my experience, months ago?