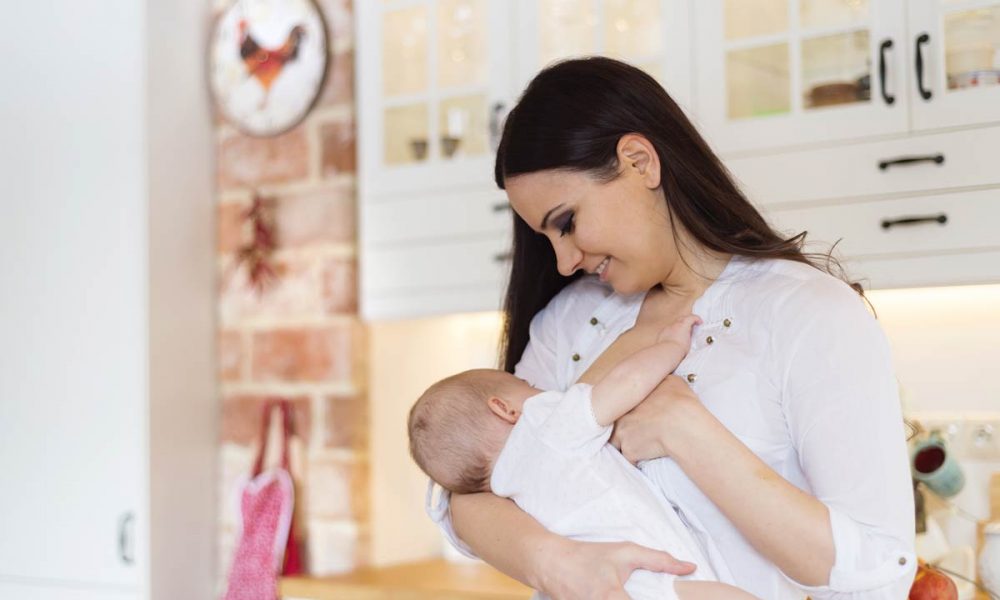 Feeding at the breast may be healthier than feeding pumped milk from a bottle for reducing the risk of ear infection, and feeding breast milk compared with formula may reduce the risk of diarrhea, according to a recent study by researchers at The Research Institute at Nationwide Children’s Hospital.

“We certainly don’t want women to stop pumping because there are not adequate data or guidelines about whether pumped breast milk is an equivalent substitute for feeding at the breast, so more research needs to be done,” said Sarah Keim, PhD, senior author of the study and principal investigator in the Center for Biobehavioral Health in The Research Institute at Nationwide Children’s.

A total of 491 mothers completed surveys as part of the study, published this week in The Journal of Pediatrics. Mothers who stated their intent to bottle-feed exclusively were not included in the study. In the remaining surveys, three out of four women used some combination of feeding from the breast, pumped milk and formula in the first 12 months of their children’s lives.

After accounting for demographic and other related factors, researchers found that one month of feeding at the breast was associated with a 4 percent reduction in the odds of ear infection, and they found a 17 percent reduction in the odds for infants fed at the breast for six months of infancy Among infants who were fed only breast milk, either at the breast and/or pumped breast milk from a bottle, for the first six months, the odds of experiencing an ear infection increased by approximately 14 percent for infants fed pumped milk for 1 month and by 115 percent for infants fed with pumped milk for 6 months.

According to the researchers, this finding suggests that the substance fed, rather than the mode of feeding, may underlie differences in risk of diarrhea. “This research begins to identify unique and separate associations of substance fed and mode of breast milk delivery, and demonstrates the importance of exploring these distinctive exposures in infant feeding research,” said Kelly McNamara Boone, co-author on the study.