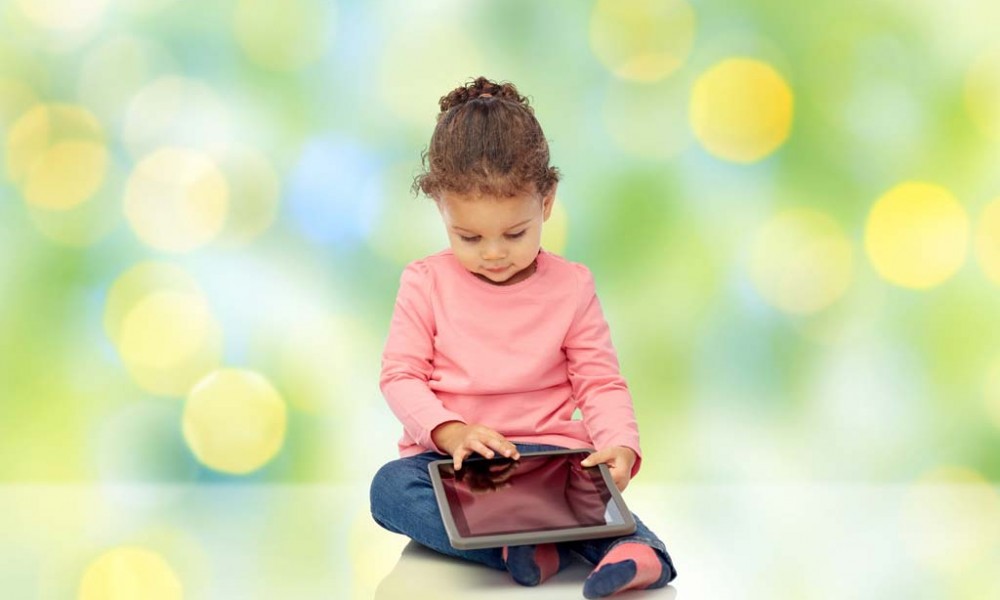 When buying toys for children, choosing the flashiest toy with all of the bells and whistles might seem like the best option. But in fact, these high-tech toys could actually slow a baby’s development of verbal skills.

The reason behind this could be traced to less verbal interaction between parents and children. In a study by Northern Arizona University, researchers found that although these noisy toys captured the child’s attention, they didn’t produce quality interactions between the parent and child.

“Even as toddlers, you don’t want to isolate children from each other,” said Kansas State University assistant professor Bradford Wiles. “What you want are things that can be shared that involve a dialogue back and forth with peers and especially with adults.”

When children play with a tablet or other noisy device, they often play alone, and these effects can be detrimental to their development, Wiles, a K-State Research and Extension early child development specialist, said. Children need meaningful interaction with adults to reach their full social potential.

“Research results are starting to indicate that when children isolate themselves through the use of these tablets, they are not able to regulate their emotions as well, and they’re not able to get along as well with their peers,” Wiles said.

When children play with a tablet or other noisy device, they often play alone, and these effects can be detrimental to their development. Children need meaningful interaction with adults to reach their full social potential.

In addition, what tends to happen when children are given a fancy new tablet, or other form of flashy toy, is they don’t soak in the information presented to them. This can render these tablets as an expensive way to waste development time.

Wiles said research has shown that children who read books with their parents had far better dialogue skills than children who are constantly presented with noisy toys.

“Learning to read is a necessarily engaged activity, so you have to have somebody mentoring you through that process,” he explained.

Puzzles offer another great opportunity to interact with children.

“You can give a 12-piece puzzle to a 2-year-old and help that child learn how it works,” Wiles said. “It’s going to be difficult at first, but it can help children and adults learn about each other.”

He advises parents to consider that any activities involving positive interaction seem to help a child’s verbal development the most. Therefore, it’s the basic interaction between parents and children that allow children to blossom. Just because an expensive toy is marketed to make babies or toddlers “smarter” doesn’t necessarily mean that it will.

“Anything you’re doing as a parent that involves play – creative play, imaginative play – that’s going to do it anyway,” Wiles said. “Any other artificial means are just that, just artificial. It’s the simple things we know that work.”

However, Wiles said it is important to remember that as children get older, it’s okay for them to start going off on their own to do things.

“Once children master reading, certainly it is no problem for them to go read on their own,” Wiles said. “The progression goes, ‘You learn to read, and then you read to learn.’”