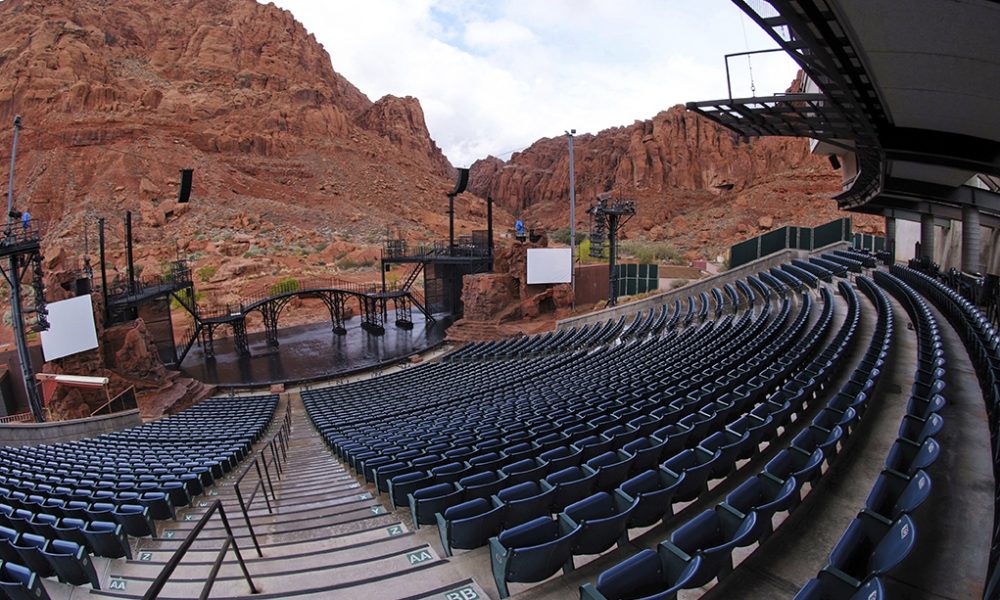 This summer, the highly anticipated 2017 Tuacahn season kicks off as only Tuacahn can, filling the majestic red rock canyon with the energetic music and choreography of Disney’s “Newsies,” the technical and scenic splendor of “Shrek” and the production that feels as much like a party as it does a performance, “Mamma Mia!”

“I’m really excited about the two regional premiers — “Newsies” and “Mamma Mia!,” says Scott Anderson, Tuacahn artistic director. “It’s really great when we get to be the first in the area to present these to people.”

Early ticket sales indicate the enthusiasm about this year’s season is definitely a two-way street. “These are two of our biggest sellers ever,” Anderson says. With more than 1,000 candidates auditioning for the approximately 40-member cast, all under the direction of Scott Anderson (“Shrek”), Jeffry Denman (“Newsies”) and Derryl Yeager (“Mamma Mia!”) the result is a combination that promises to be nothing short of spectacular.

“There are so many moments that will just fill the canyon,” Kevin Smith, CEO of Tuacahn, says of the caliber of acting, singing and dancing, not to mention the awe-inspiring costumes and set designs that literally fill the stage in a way that has never been done before.

Although this is not the first time the Tuacahn design team has been tasked with transforming the red rocks of southern Utah into a New York City skyline, Smith says the set for “Newsies” is “unbelievable.” “It’s three stories high, with lots of places for choreography,” Smith says. “It’s probably one of our largest unit sets.”

Brad Shelton, Tuacahn set designer, understands the scope of the “Newsies” set better than anyone, since he is designing for both “Newsies” and “Mamma Mia!” However, he says the scenic and technical demands of “Shrek” are “just enormous” and he can’t wait to see how it all comes together. “I think we’ll be able to tell these stories better than they’ve ever been done before,” Shelton says.

And ultimately it is the storytelling element that Smith says is the focal point of every production at Tuacahn. “Amid all the fun, music and dancing, there are great messages in these shows,” Smith says. “That’s one thing about musical theater at Tuacahn, we try to do a good job of having fun while still letting that message come through.”