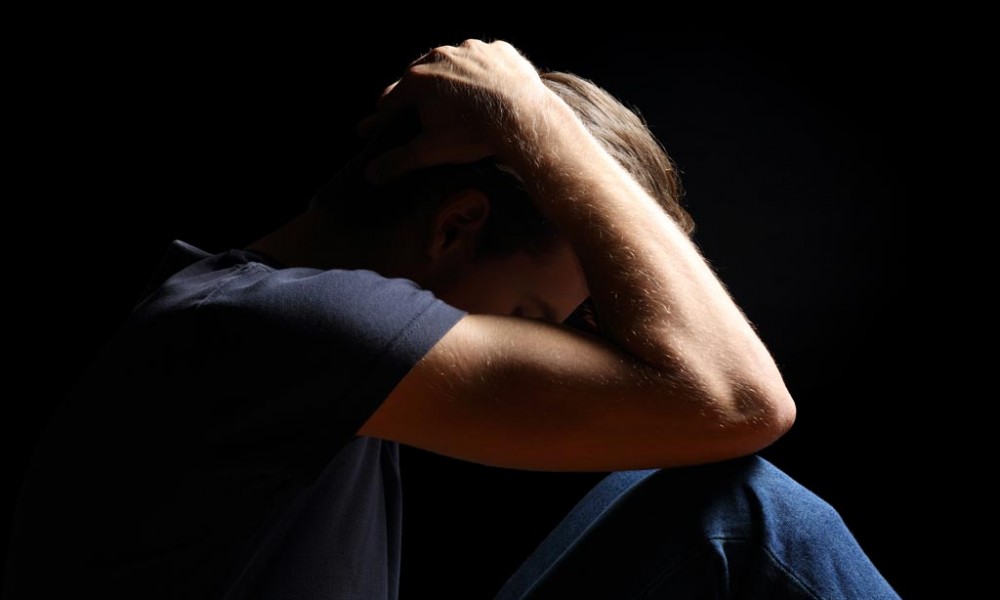 And Signs to Watch for in Your Teen or Young Adult.

Regardless of our kids’ trials and tribulations during childhood and into the early teen years, the furthest thing from any parent’s mind is that our young adult child might develop a serious mental illness. Unfortunately, it is an equal opportunity disease that can strike even model kids who have rarely experienced a difficult day in their lives. Just as kids are preparing to become independent adults is when serious mental illness (SMI) often strikes. The incurable brain diseases of schizophrenia, schizoaffective disorder, and bipolar disorder combined strike one in every 25 people typically as they are entering adulthood.

My son, Caleb, was diagnosed with schizoaffective disorder (the combined illnesses of schizophrenia and bipolar disorder) three years ago, at the age of 19. His adult life has been spent inside a living hell—literally. The early stage was marked primarily by delusions and paranoia: there was a government conspiracy against him, Li’l Wayne and Drake were writing derogatory songs about him, and pimps were trying to kill him. But this was only the beginning of a downward spiral.

The first year of treatment showed only mild success. Antipsychotics are relatively fast acting, and if monitored, can be quickly adjusted or changed. But with a severe shortage of psychiatric beds, lack of adequate federal and state funding for mental health services, and laws as sick as those who are ill—problems of every state in this country—he was in and out of the hospital within days, still in psychosis. Further hindering recovery, he was allowed only one 30-minute psychiatric appointment per month.

There are two broader problems with treatment for the SMI in America, which are laws and funding.

Laws were created decades ago to protect the rights of seriously mentally ill individuals without taking into account that those with SMI are often unaware of their illness due to a symptom called anosognosia, and are therefore unwilling to seek treatment.

Moreover funding has dwindled severely. Hospitals have shut down in droves in recent decades while insufficient public funding has impeded development of adequate out-patient services and housing for mentally ill people.

Important to note, it’s a medical fact each episode of psychosis and the longer in psychosis, the more damage done to the brain. The lack of timely, adequate, and appropriate treatment results in each episode becoming increasingly more severe reducing the likelihood of recovery.

This has proven true for Caleb. A year into his illness, he received a message from a game of Scrabble to cut off his ear or toe or to break a leg to save the world. In the middle of the night, I awakened to his blood curdling screams. He had jumped 15 feet from a tree, fracturing his back instead. Just prior to this feat, he attempted, unsuccessfully, to silence the commands. He branded his arm with a fork, a scar that remains today. He was admitted for psychiatric care, but released within 7 days with little improvement.

Over the next two years, he is hospitalized with increasing frequency, always released within days. He is paranoid and lives in constant fear with the belief his family and friends want to kill him. He hallucinates I say such horrific things to him as, “I’m going to chop off your head”, or “I’ll bury you alive.” He has spent nights sitting on his bed prepared to bolt if I break down the door to kill him.

Six months ago, the television told him he is Jeffrey Dahmer, and the President told him to kill me. My son isn’t violent. But statistics speak for themselves, and psychosis often leads to violent and tragic acts. It was a several day battle to get him hospitalized, and he was released in 3 days in the same condition.

For a couple months, though his psychosis was still present, he had at least improved. But this rarely lasts. With his paranoia that doctors, pharmaceutical companies, and his family are trying to poison him, he often refuses medication.

Recently, Caleb took another downturn. He could not comprehend real conversations because the hallucinatory voices were so overpowering. He carried on arguments with these voices, told news anchors on TV to shut up because they were talking about him, and was angry with the Pope for something the Pope was doing to him.

He repeatedly insisted he was traversing. As a result, there were now two of him, or maybe three, and he didn’t know which was the real him. He became confused and didn’t know where he was and pleaded with me to get him home. I would try to reassure him, “you are the real Caleb, and you are safe at home.” It is heartbreaking.

But my son and I aren’t alone. This plays out for millions of seriously mentally ill people and their families day-after-day, week-after-week, and year-after-year as loved ones spiral further into the abyss.

Legislation was introduced in June called the Helping Families in Mental Health Crisis Act, HR 2646, as well as other legislative proposals in recent months. HR2646 in particular makes several meaningful improvements to our ineffective mental health system. Family access to information about the diagnosis and prescribed treatments for their mentally ill adult loved ones has hindered families’ ability to protect and care for the sick member. This bill will clarify HIPAA so parents and caregivers of adult loved ones with SMI have access to necessary information.

Other needs are also addressed including the shortage of psychiatric beds, greater use of criminal diversion programs, greater emphasis on evidence-based care, and alternatives to institutionalization.

This change, and more, is desperately needed for all the sons, daughters, mothers, fathers, sisters, and brothers in our country suffering from serious mental illness—and for the countless family members who in the future will be struck by this dreadful fate.

Signs to watch for in your teen or young adult child

It is sometimes difficult to recognize any of these illnesses developing because many symptoms are typical problems associated with the teen years. Though there is no cure for schizophrenia, schizoaffective disorder, or bipolar disorder, recovery is possible for many with these brain diseases. But early detection is crucial to the prognosis for those with SMI.

With schizophrenia the symptoms usually, though not always, develop gradually over months or even a couple years and show up as changes in behavior, thinking, and emotions.

Changes in behavior can include poor hygiene, talking to oneself or odd speech, difficulty with making or maintaining friendships, substance abuse, unusual facial or body movements, unblinking vacant expressions, difficulty picking up on social cues, threatening behaviors, increasing isolation, and inappropriate emotional responses like laughing at something sad.

Changes in thinking might include paranoia, obsessing about the past, visual or auditory hallucinations, delusional thinking (illogical and nonsensical ideas), difficulty with concentration or following a train of thought, or trouble distinguishing dreams or television scenes from reality.

Bipolar is a mood disorder with swings to opposite extremes. It is believed there may be a correlation between this disease and ADHD. There are a couple forms of bipolar, one in which mania is more severe. The less extreme state is called hypomania. With bipolar the mood swings in teens can change in the course of just a few hours or days. During adulthood the swings can last much longer, for weeks or months.

Depressive symptoms to watch for include loss of interest in activities, decline in grades, difficulty concentrating, prolonged sadness or irritability, loss of energy, change in sleep patterns, change in food intake, feelings of guilt or worthlessness, no longer experiencing pleasure, suicidal thoughts, anxiety, worrying, and anger.

The difference between mania and hypomania is primarily the severity of the symptom where mania is more extreme. Mania or hypomania can be seen in the following symptoms: decreased need for sleep, elated mood to exaggerated optimism, increased energy, increased confidence, extreme focus on projects, increased physical or mental activity, increased creativity or productivity, increased libido to hypersexual thoughts and behavior, difficulty concentrating, inflated sense of self-importance, risk taking and reckless behavior, racing speech and thoughts, grandiose delusions, or sometimes hallucinations.

Schizoaffective disorder has the combined symptoms of both schizophrenia and bipolar. The symptoms therefore could be any combination of symptoms for the two distinct diseases.

If your son or daughter exhibits signs, be aware that counselors and therapists do not have the educational and medical background to diagnose or treat these specific brain diseases. Seek an evaluation at a walk-in crisis center or from a licensed psychiatrist, or your family doctor who can make a referral.