Discover the Savory Side of Peanuts 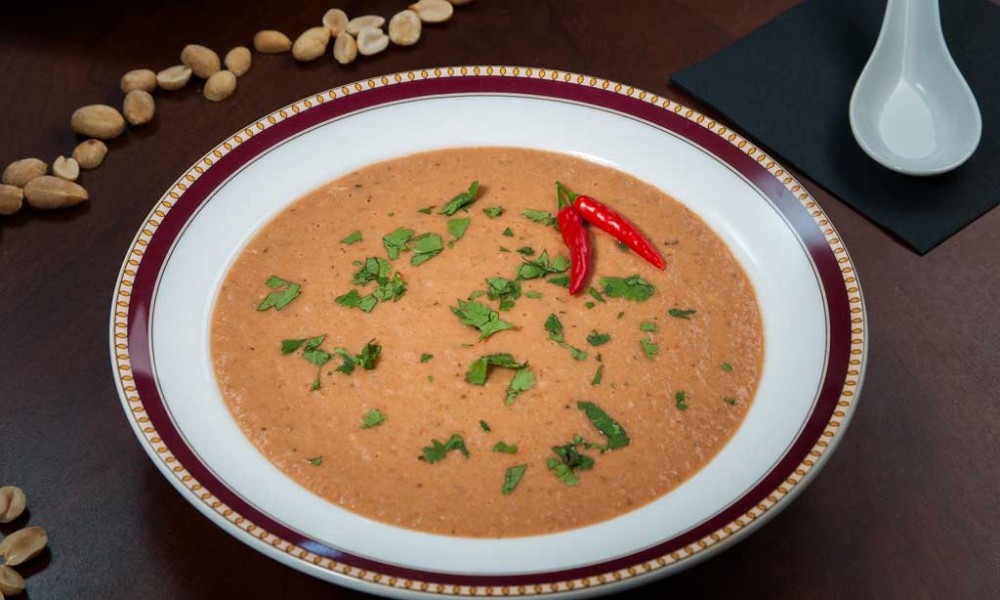 Savory dishes made with peanuts are surprisingly appealing. I discovered this via a recipe from Benin, in West Africa, in which fish filets or chicken breasts are simmered in spicy peanut tomato sauce. The robust and fiery result is good, even using thick slabs of tofu if you prefer a vegetarian main dish.

Peanuts are used in other African dishes, but their use in cooking originated in South America and searching for savory recipes with them brings up an assortment of dishes from Peru, Bolivia, Ecuador and other Latin countries. The ones showing up most often are sopa de mani (peanut soup) or chupe de mani (peanut stew). All the versions of these popular dishes also include potatoes. Many call for tomatoes too, creating a trifecta of ingredients that originated in the New World and were then carried to Africa and Europe.

If I find raw, fresh peanuts at local Hispanic markets, I boil and shell them to use in place of peanut butter, as cooks in the Andes still do.

This soup, satisfying enough to anchor a meal, is perfect to replace over-salted, over-sugared canned tomato soup. Served with grilled cheese or a handful of tortilla chips, it makes a great lunch or supper. If you have any leftover, I suggest using it as a simmering sauce, like the one from Benin, for cooking some chicken breast or sliced tofu.

Add potatoes, tomatoes, broth and cayenne. Bring to a boil, cover and simmer soup until potatoes are soft, about 20-30 minutes. Uncover and cool soup in pot for 10 minutes.

Add peanut butter. Using immersion blender, whirl soup, leaving it with some texture.  Or transfer soup to blender and whirl until almost smooth.