Going For the Arts 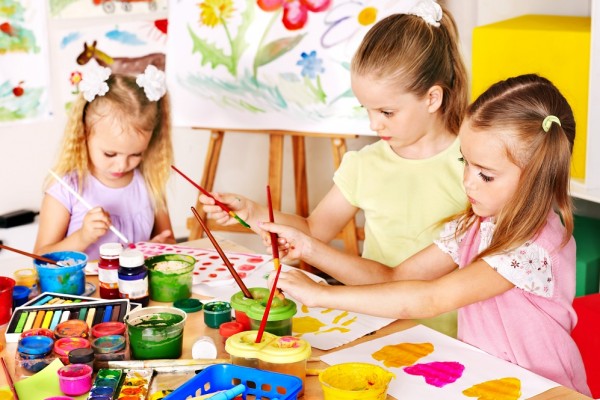 It’s been art week for the Martin’s.

It would be disingenuous to say that I enjoy doing things like playing catch or finding bugs. Perhaps I should have considered this before bringing a boy into my home, especially an active one. I’m being completely honest and hope you won’t judge me when I say that my son came in from a bike ride the other day, very sweaty and very dirty. And I wished for a moment that he could stay smelling nicer and more clean.

You see, I had an unusual childhood. Sure, my mom signed me up for sports like baseball. But I never fully embraced them. I would much rather have been reading a book or playing school.

Which is why I try every chance I get to acculturate my son. Sure, I allow him the baseball and the spiders. That’s probably how he spends a majority of his time. I also insist, though, that we broaden our outlook and experience some culture. This week, it was through the arts.

I signed Jadden up for an arts camp. I am not sure he was particularly excited. He attended and seemed to enjoy himself. The week ended in an art show. I was particularly impressed by his display of artistic abilities. I even found a piece that I plan to frame and put in my office at work.

A couple years ago, I took Jadden to an audition for Guys and Dolls Jr. He did well enough to be cast in the chorus. He was excited. I was excited. And then he had to sit through one o the first rehearsals where they painstakingly learned the music. Note by note. This was too much for Jadden who would have much rather been bounding in the snow outside. He ended up quitting the show, much to my chagrin (as an actor, I don’t think I’ve ever quit a project after starting it).

But maybe my efforts are paying off. In an earlier blog, I wrote about taking Jadden to Into the Woods. He enjoyed it very much. This week, we had to drop some scripts off at a rehearsal for The Color Purple. Jadden followed along in the songbook as the actors learned their notes. He sang along occasionally. He wanted to be in the play. He claimed unfairness when I pointed out that the play is 100% African American and that he is White.

So my efforts at acculturation continue. One day, Jadden may issue a resounding “No!” at one of my requests. But in the meantime, I am going to expose him to what I know and love as well as what he has come to know and love. You see, I don’t think it’s an accident that he enjoys baseball and spiders. I think this too was acculturated by someone at sometime. Maybe not intentionally. But it is a predictable process that happens to all of our boys at one point in their lives or another.

When do we foster our children’s interests and when do we push them in a different direction? It seems that my son might never have experienced visual art the way he did this week had it not been for a stubborn parent who signed him up in spite of himself. Is this the right thing to do? I have no idea.

Like my students, I want Jadden to be holistically exposed to the world. I think it might be easy for him to get stuck in a pattern of thoughts and behaviors. I want to make sure that I keep broadening that. I kinda feel it’s my responsibility as a parent.

And in keeping with this holistic approach, perhaps I should grab a mitt a little more often and head out back with Jadden for a game of catch.