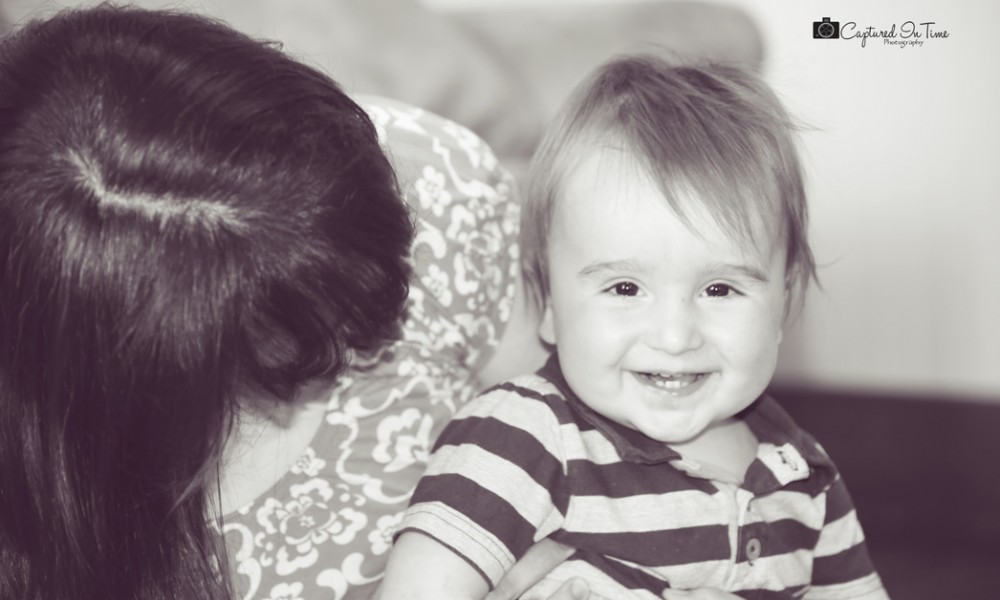 Growing up I really didn’t know much about breastfeeding. My mom had tried to breastfeed, but with each baby her milk supply was less and less until there was just nothing there. I don’t remember really seeing much breastfeeding in church or other public places, so it really wasn’t the norm for me. When it came my turn to have my first baby, I felt drawn to natural childbirth and breastfeeding and was excited to be able to feed my baby boy myself.

When my baby came, I really didn’t know where to begin, and the hospital staff weren’t as helpful as I had hoped they’d be. After a handful of tries to get my baby to latch, I was handed a nipple shield and my baby was given supplemental formula because his blood sugar was low. He also became jaundiced, which meant he was under the bili lights and I couldn’t do the skin to skin or frequent nursing that I had planned on. A kind nurse helped me get a pump going, and she did get him to latch on once, but then that was it. It was back under the lights and we had no further help before going home. Once home, I did get him to latch on with the nipple shield, but for anyone who has used a shield, it can be rather frustrating. It falls off, it gets dirty, if you’re out in public and you’re trying to nurse it’s just one more thing to make that experience challenging.

So when he was 4 months old, I finally was fed up with the shield and determined to have him latch properly, on me. I went to a lactation clinic (they normally don’t see babies his age) and the consultant sat with me for at least an hour. We got him to latch once to me, but then after the hour I was told that I could keep trying, but always go back to the shield if I needed to. That wasn’t exactly the news I wanted.

At home that afternoon we practiced and practiced getting a good latch without the shield. There were times when he’d get so frustrated because he was hungry that I just let him nurse with it, but then we’d try again and again and again. I prayed for patience and peace. Finally, what seemed impossible, was made possible. He started to latch on regularly without the shield, and eventually I was able to put it away, so grateful to move on in our breastfeeding relationship with no barriers, literally. He nursed for 14 months.

Breastfeeding for me has been a huge challenge in mothering, but also one of the most rewarding things. I’ve loved being able to snuggle my babies frequently throughout the day (and night) and give them milk that my body makes just for them. It’s been so gratifying to work through our challenges and persevere because breastfeeding was that important to me. I used to think that nursing meant I had to stay at home or schedule my life around feedings, but breastfeeding has become such a normal part of our family life that it’s not something I worry about anymore.

When my second child, a girl, was born at home, she latched fabulously at first, but then was super lazy in her latch. Even the shield didn’t help—she just didn’t want to open her little mouth enough to get a good latch. I cried every time she woke up because I knew she’d want to eat, and I knew how much it would hurt because her latch was just SO shallow. I told my husband to open one of those sample cans of formula, and he said, “Is that what you really want?”

I knew it wasn’t. And I knew I needed help. I asked on Facebook for recommendations, and they flooded in. One friend brought me a video from Doctor Jack Newman that showed several babies nursing and how to achieve a good latch (kind of funny how both mom and baby have to learn, it seems, to get things started). That video, silly as it sounds, was miraculous. I studied it and imitated it over and over again. If Charlotte didn’t latch well, I’d unlatch her and we’d try again. It took probably half a week before old habits were completely gone and she was a champion nurser. I am so grateful for the help I received! She nursed for just about 18 months.

Nursing a toddler was an adventure. Crazy what kind of nursing positions they invent! It really was a blessing though for us because whenever she was hurt or sad or just needed Mommy, I could nurse her a bit and she’d calm down and be happier. She also learned the sign for “milk”, and it’d make me laugh when she’d use both hands to sign it simultaneously. We ended our breastfeeding relationship when I was pregnant with baby number three because I was so incredibly sick that I knew my body couldn’t handle working to support three people. It was a really hard choice to make, because I had actually considered tandem nursing, but it was for the best. By the time baby brother came along, she was only interested in watching him nurse.

Baby number three has been the champion nurser. He was born at home at 43 and a half weeks, and was ready to eat, which helped a lot in getting started right away. I experienced an overactive letdown for the first month or so, which brought on some colic and frustration since he’d choke all of the time, which made feeding sessions kind of crazy. If I have any advice for moms, it’d be to learn laid-back or biological breastfeeding. That really helped a lot to control the milk flow. Now that he’s one, he gets distracted sometimes, letting milk spray everywhere, but so far there’s no end in sight and I’m okay with that. I asked my husband yesterday if he would mind if William nursed until he was three or four, and he said, “As long as your both happy breastfeeding still, I’ll be supportive.” So I’ll guess we’ll just see.

Breastfeeding for me has been a huge challenge in mothering, but also one of the most rewarding things. I’ve loved being able to snuggle my babies frequently throughout the day (and night) and give them milk that my body makes just for them. It’s been so gratifying to work through our challenges and persevere because breastfeeding was that important to me. I used to think that nursing meant I had to stay at home or schedule my life around feedings, but breastfeeding has become such a normal part of our family life that it’s not something I worry about anymore. These months and years of breastfeeding will someday be done, but for now I’ll just feed my baby and hope that my children and others will see what a beautiful thing it can be.