Sharing in Kindergarten Helps Kids To Be Thriving Adults 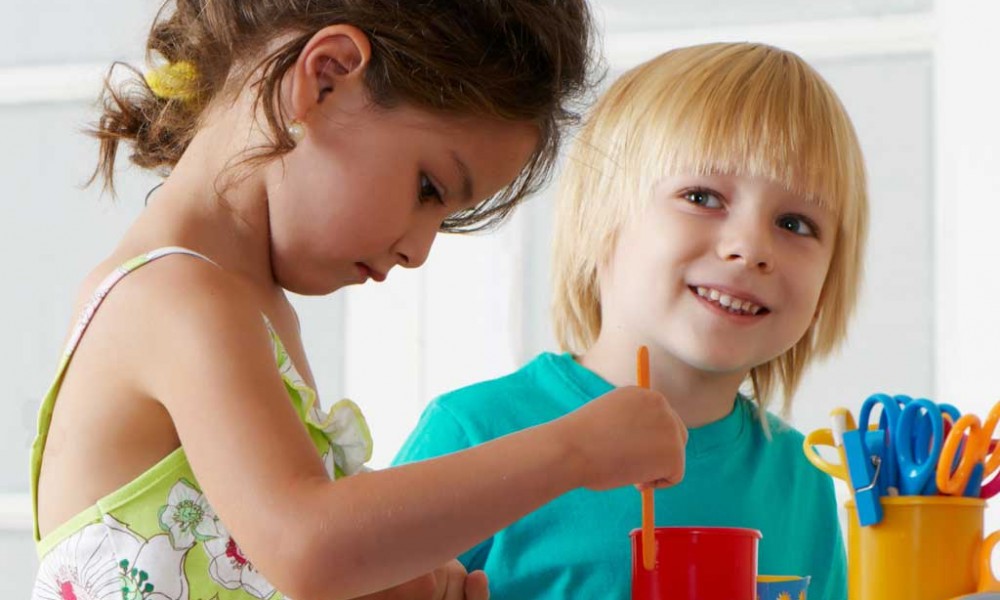 A new 20-year study shows a link between children’s social skills in kindergarten and their well being in early adulthood, according to the findings published today in the American Journal of Public Health.

Children who were more likely to “share” or “be helpful” in kindergarten were also more likely to obtain higher education and hold full time jobs nearly two decades later, the study found. Students who lacked these “social competence” skills were more likely to face more negative outcomes by the age of 25, including substance abuse problems, challenges finding employment or run-ins with the law.

“This study shows that helping children develop social and emotional skills is one of the most important things we can do to prepare them for a healthy future,” said Kristin Schubert, program director at the Robert Wood Johnson Foundation, which funded the research. “From an early age, these skills can determine whether a child goes to college or prison, and whether they end up employed or addicted.”

How the Study Worked

Researchers from the Pennsylvania State and Duke Universities analyzed what happened to nearly 800 kindergarteners from four locations after their teachers measured their social competency skills in 1991. The children were evaluated on a range of social behaviors, such as whether they resolve peer problems, listen to others, share materials, cooperate, and are helpful. Each student then received a composite score representing his or her overall level of positive social skills/behavior, on a scale from 0 (“not at all”) to 4 (“very well”).

The research team monitored these students and the positive and negative milestones each obtained until they turned 25.

Using a variety of data sources, including official records, reports from parents, and self-reporting by the participants, researchers recorded whether the students obtained high school diplomas, college degrees, and full-time jobs. They also kept track of whether students developed a criminal record or substance abuse problems, among other negative outcomes.

For every one-point increase in a child’s social competence score in kindergarten, he/she was:

For every one-point decrease in a child’s social competence score in kindergarten, he/she had:

What Mom and Dad Should Know

This latest study comes on the heels of a growing body of findings that prove early learning and development have a significant impact on a child’s overall prosperity and health throughout their life. Not only does this new research emphasize the value of early learning, it shows the particular importance of focusing those early learning efforts on the development of social and emotional skills.

“The good news is that social and emotional skills can improve,” said Damon Jones, PhD, a senior research associate atPennsylvania State and one of the authors of this study. “This research by itself doesn’t prove that higher social competence can lead to better outcomes later on. But when combined with other research, it is clear that helping children develop these skills increases their chances of success in school, work, and life.”

Across the country, dozens of school-based programs proven to boost kids’ social and emotional development before and after kindergarten can serve as models for others. In addition to making the case for expanding these programs, this new research lends weight to the idea that screening social skills should be more widespread. Using a simple, easy-to-use assessment like the one used in this study, schools could determine which students need additional assistance and intervene accordingly to eliminate future problems before they start.

Additionally, while this study did not analyze the economic benefits of social and emotional skill development, the researchers believe that effective, evidence-based programs to improve skills could provide significant cost-savings over time. The money saved from reduced incarceration costs, drug treatment programs and government assistance coupled with the increased revenues from higher employment rates makes it especially cost-effective to expand programs that boost social and emotional learning, starting in a child’s earliest years.

“As a society, we have tools to give every child a strong foundation for healthy social and emotional development,” said Robert H. Dugger, managing partner for Hanover Provident Capital and co-founder of ReadyNation, which works to improve business competitiveness by helping children get a good start in life. ” More than anything else, this research tells us that we have an enormous incentive to put those tools to widespread use and to give children the support they need as early as possible.”

About the Robert Wood Johnson Foundation

For more than 40 years, the Robert Wood Johnson Foundation has worked to improve the health and health care of all Americans. We are striving to build a national Culture of Health that will enable all Americans to live longer, healthier lives now and for generations to come. For more information, visit www.rwjf.org. Follow the Foundation on Twitter at www.rwjf.org/twitter or on Facebook atwww.rwjf.org/facebook.