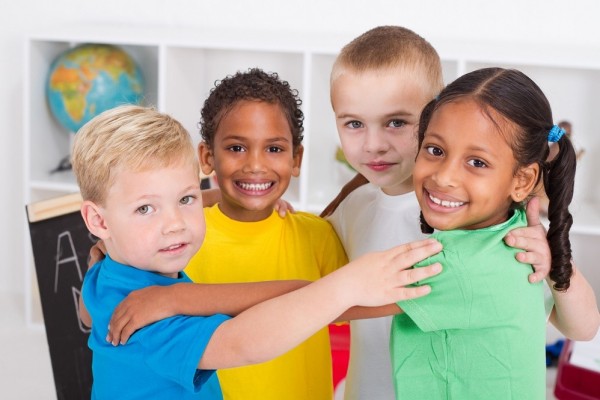 This weekend, my partner and I decided to take Jayden to a restaurant that featured Ethiopian food.

“Ethiopia is a country in Africa,” we replied.

“Africa!” he cried in amazement. “I don’t want to go to Africa!”

“We’re not going to Africa,” I explained. “We’re eating food based on what they eat in Ethiopia, a country in Africa.”

While I was shocked and saddened by this statement, I figured it provided a teachable moment, which is why I have taken the time to chronicle it here. While his comment is naive, it is not funny and is not intended to induce laughter.

I explained to Jayden that Africa is a large continent. It is comprised of many countries, only a small fraction of which are even impacted at all by Ebola. It seems that this disease has been generalized to all African countries…and all people whose origins are African.

I recently saw a feature on the news about the discrimination that is accompanying the Ebola scare in our state and beyond. I want my son to be reasonable when it comes to scary things like epidemics. Being afraid just leads to reaction, not pro-action.

One of Jayden’s very good friends is Somalian. He is a kind boy, and Jayden loves spending time with him. The entire family of boys accompanied us to the Leonardo this last weekend to enjoy the science, math, and technology on display there.

I think when difference becomes a human endeavor, it ceases being scary. Ebola, in my view, has become just another way to fear The Other.

This is one of the reasons why I send my son to a school on the west side of Salt Lake. I want him to have daily encounters with children who speak languages other than he does, who have had different cultural exposures than he. I will try my best to expose him to these different experiences, but it will never parallel what he can gain from learning and being with children who don’t look like him.

Jayden wasn’t a huge fan of the Ethiopian food. I think it has more to do with the fact that we just don’t encounter it much. In fact, Ethiopian food might seem strange to someone who thinks McDonald’s is fine cuisine. Jayden was particularly put off by the fact that we weren’t allowed to use utensils in the restaurant—instead, we used the bread that accompanied our meal as the source of picking up and eating our food.

This experience also reminded me of how things like silverware have grown to be such a cultural norm. Even our young children, by the age of ten, are acculturated to the use of utensils such that anything else seems strange and foreign. Again, it speaks to the kinds of experiences that I hope to provide Jayden throughout his upbringing, so that difference is welcomed wholeheartedly as an opportunity for enrichment and growth.